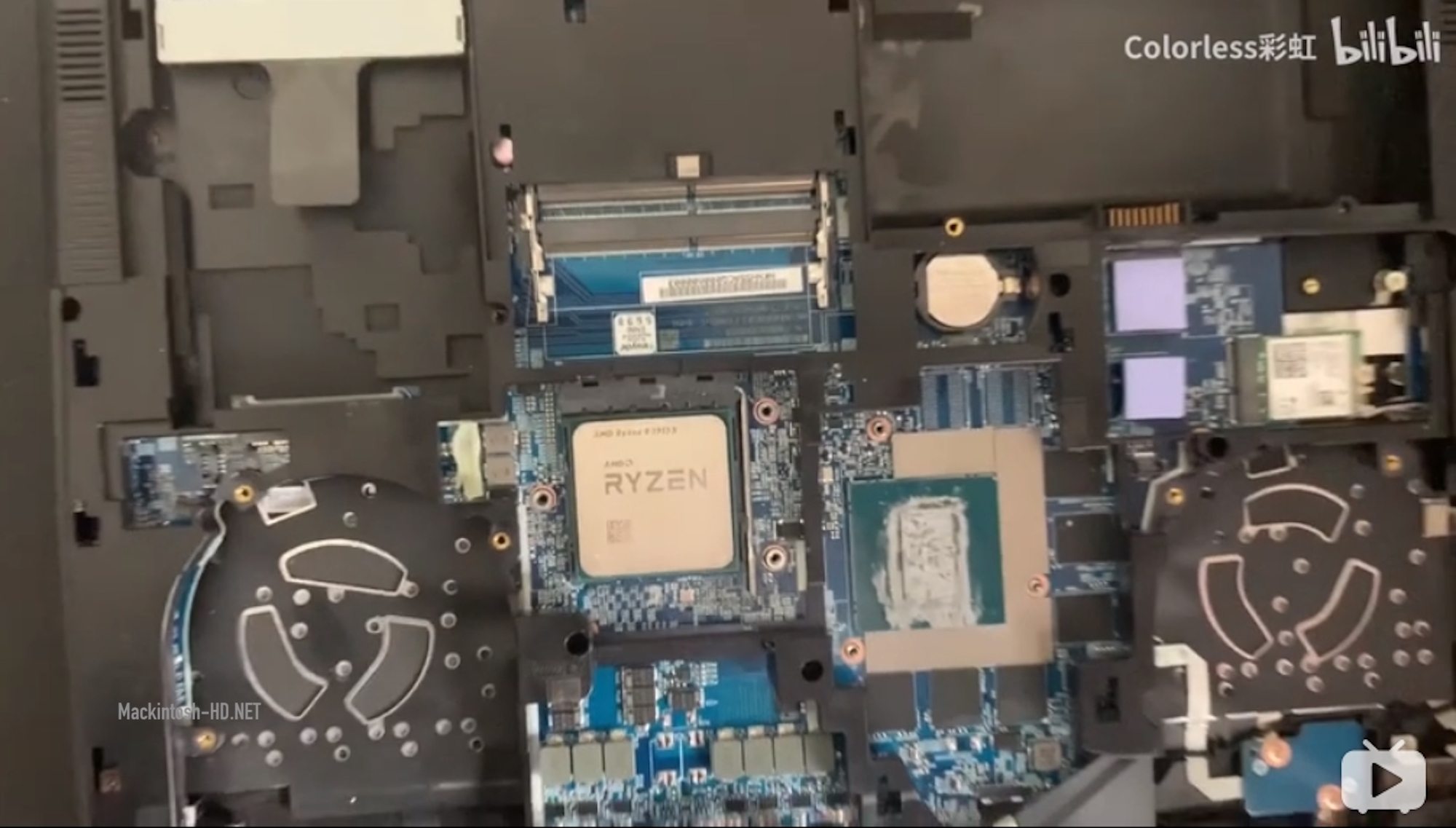 A few days ago, we wrote about the XMG Apex 15 laptop with the Ryzen 9 3950X desktop 16-core processor. Recall that this CPU in its usual desktop form is characterized by a TDP of 105 W, which is formally a bit much for the mobile segment. But in fact, TDP is a very arbitrary indicator today, and in laptops everything is complicated at all.

But there is already an overview of such a laptop on the Web, so we can not guess, but look at the real results. First, a few words about the laptop. The source’s specialists took the Clevo NH55AC, which is equipped with the desktop Ryzen 9 3900 by default, and simply installed the Ryzen 9 3950X in it. Most likely, we can say that the result will be close to what XMG Apex 15 will show. Moreover, these are related models.

That is, with an intensive load only on the CPU, it manages to operate at a frequency not lower than the declared base with all active cores, consuming only 65 watts. Given the mediocre cooling of a laptop compared to a desktop PC, this is an impressive result. The temperature at such loads is in the range of 70-80 degrees.

Multi-threaded CPU performance in Cinebench R15 is 3450 points, in R20 – 7700 points. For comparison, the Core i9-9980HK in both disciplines scores more than half the points. Of course, comparing the eight-core and 16-core processors is a controversial undertaking, but there is simply nothing to compare in the mobile segment with.