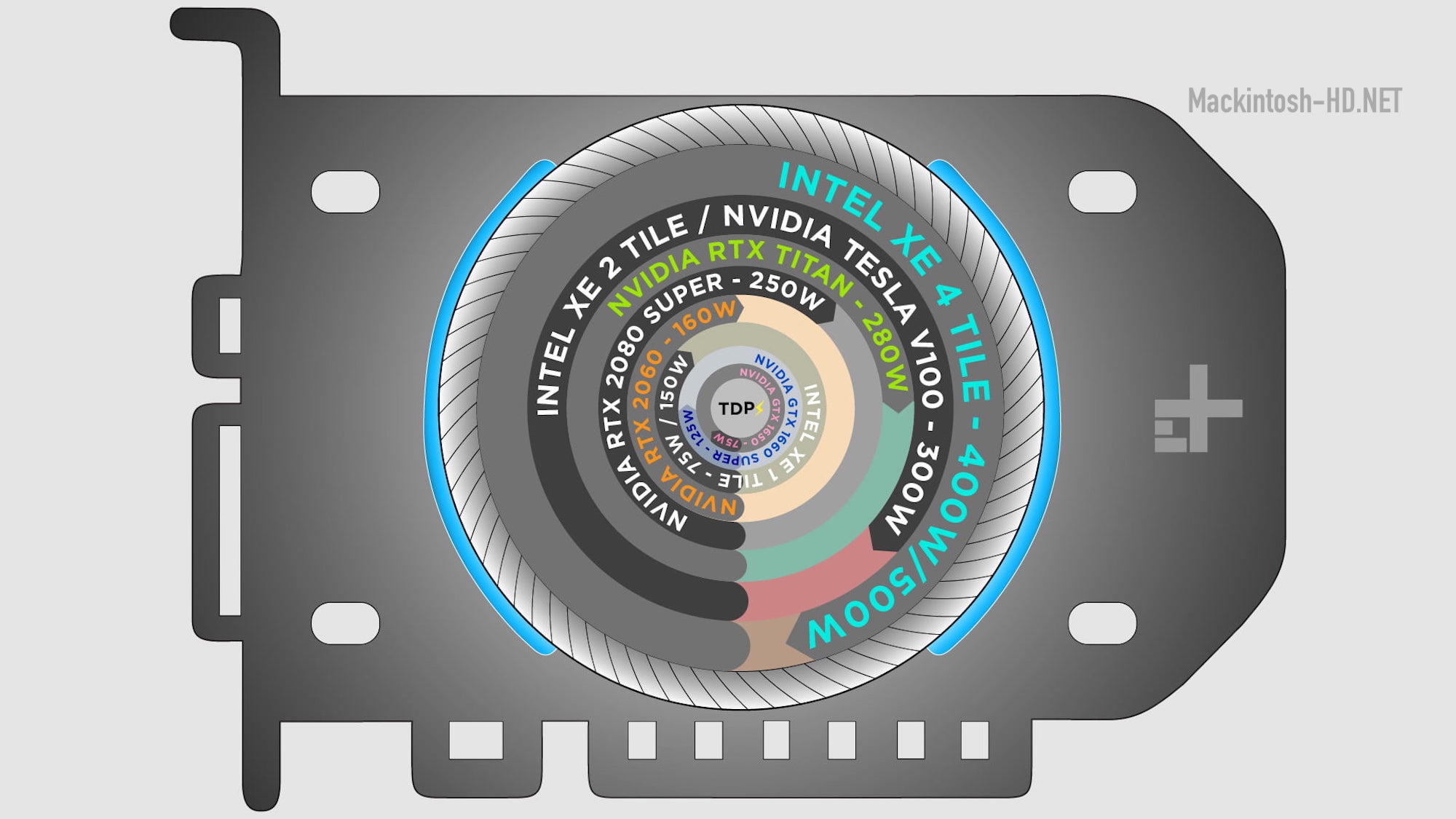 But not for gamers. Intel’s plans to talk about Intel’s video card market more than once, but very superficially. We can confidently say that we are waiting for adapters of different classes for different market segments, from budget consumer solutions to high-performance specialized accelerators.

But today we finally have a chance to look at more specific data. The source claims to have procured Intel internal documents regarding Xe graphics cards. These documents date back to the beginning of last year, so it is worth keeping in mind that some details may or may change. But what interests us is not about the details.

The source shares a really large amount of data, which we will reduce to the most important. So, the Xe architecture currently involves the use of multi-chip configurations. In documents, each chip is called a tile, but we will use more familiar terms.

Each such chip contains 128 execution units with 8 “cores” in each, that is, 1024 cores per chip. Recall that the GPU DG1 is everywhere featured with 96 executive units (768 “cores”), that is, not all available units are used, so we can expect the release of two models on this GPU. Single chip solutions are designed for TDP up to 150 watts.

Solutions with two chips are designed for TDP up to 300 watts. The corresponding adapters, as it is easy to calculate, can contain up to 256 execution units, that is, up to 2048 “cores”. Such 3D cards are likely to become the top among Intel’s gaming offerings. Judging solely by TDP, it should be something very productive, but rumors say that the GPU Xe has problems with energy efficiency, so it’s clearly not worth making a guess.

The most powerful solutions will contain four chips, that is, up to 512 executive units and, accordingly, up to 4096 “cores”. It is such accelerators that will be called Arctic Sound. And the source data is fully consistent with what we talked about Arctic Sound a week ago, including the use of HBM2E memory.

Such accelerators will have a TDP of 500 watts, which is almost twice as much as the most productive modern solutions. But there will be no such gaming video cards – Arctic Sound is designed for use in data centers, servers, and so on.

Unfortunately, the source does not have data on the release dates of any of the listed adapters, but we should get at least DG1 this year.