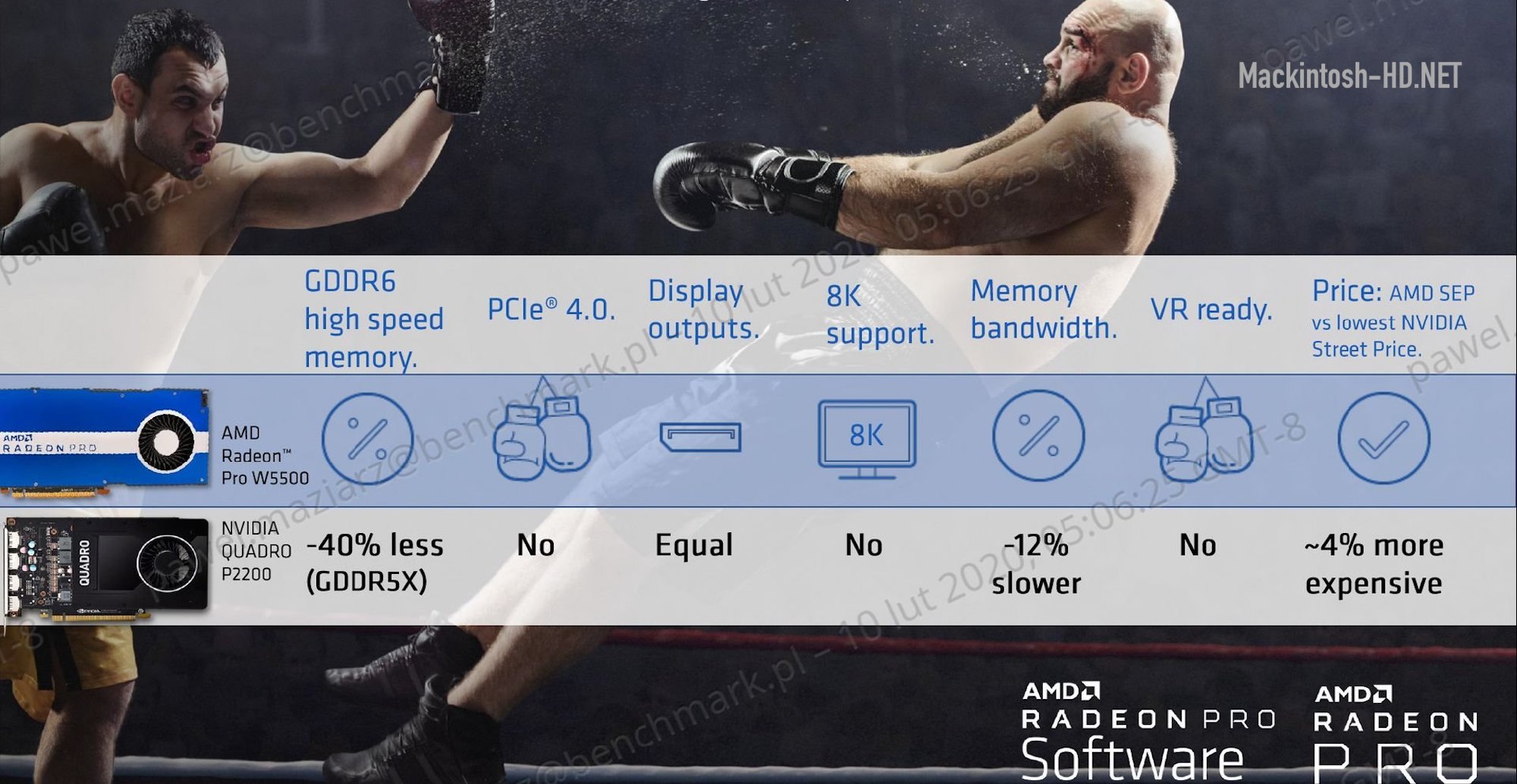 From the name it is clear that the card is an analogue of the consumer model Radeon RX 5500 XT. It has the same 1408 active streaming processors, but performance (FP32) is slightly improved: up to 5.35 TFLOPS. And this is clearly achieved by increasing the frequencies, which, however, AMD does not specify. As for the memory, the novelty also has no differences from the consumer version: the same 8 GB GDDR6 with a frequency of 14 GHz, connected to the GPU via a 128-bit bus. The TDP of the adapter is 125 watts.

The cost of the Radeon Pro W5500 is only $ 400. In this case, the competitor for it is the simple Quadro P2200, which has only 5 GB of memory and a performance of only 3.8 TFLOPS. True, the Nvidia card consumes almost half as much: 75 watts. AMD also has 8K support, PCIe 4.0 interface and VR support.