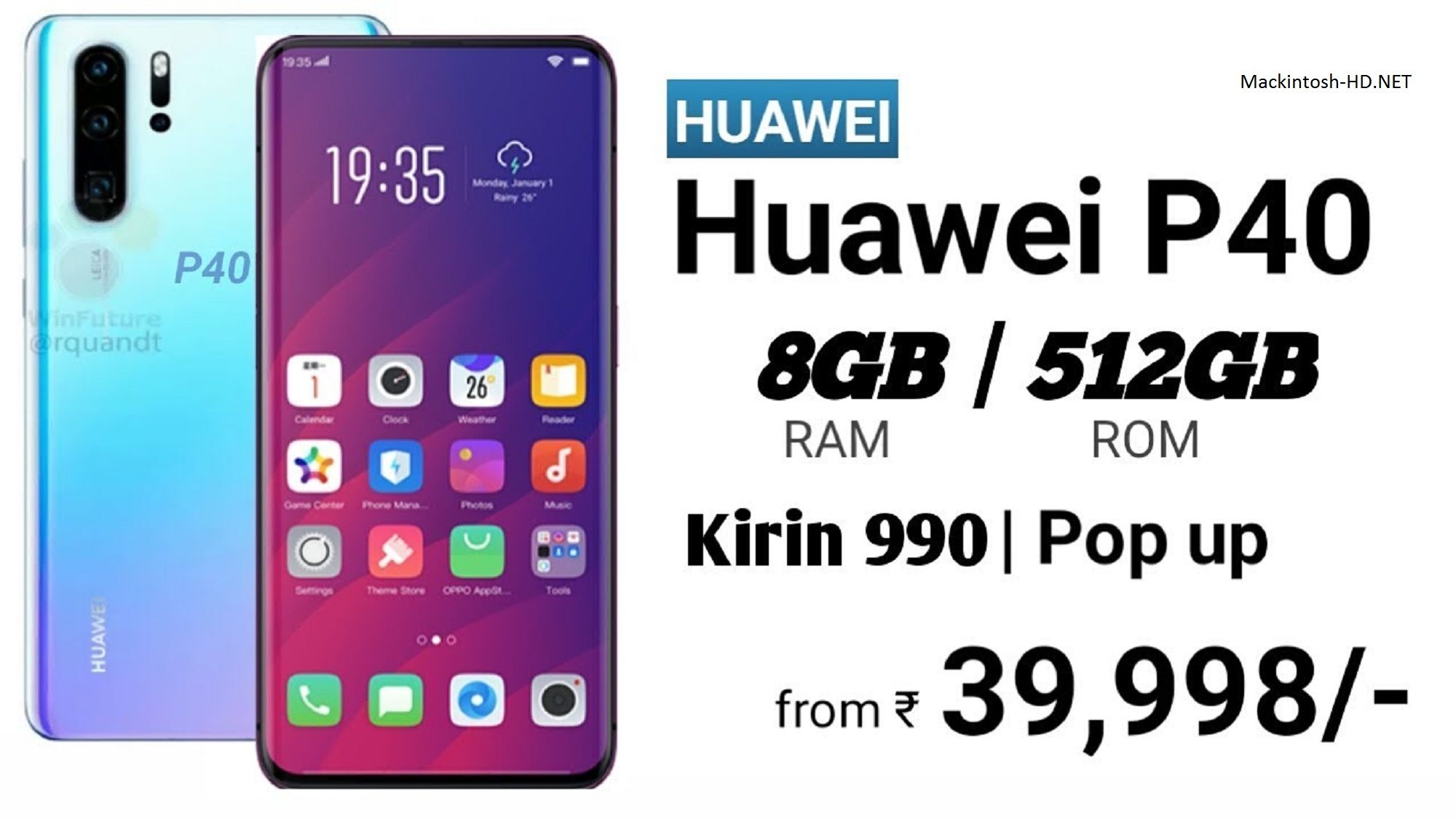 Details began to appear on the network about the flagship camera phone of the Chinese company Huawei, whose announcement is expected in the spring of 2020. Information about the Huawei P40 Pro was shared by the well-established insider RODENT950 on his page on the social network Twitter.

According to earlier leaks, the Huawei P40 and P40 Pro smartphones will come out immediately with two operating systems on board. Users will be able to access both the Android-based EMUI 10 shell and Huawei’s own development, HarmonyOS, also known as HongMeng in China. In addition, smartphones are credited with a single-chip Kirin 990 5G platform.