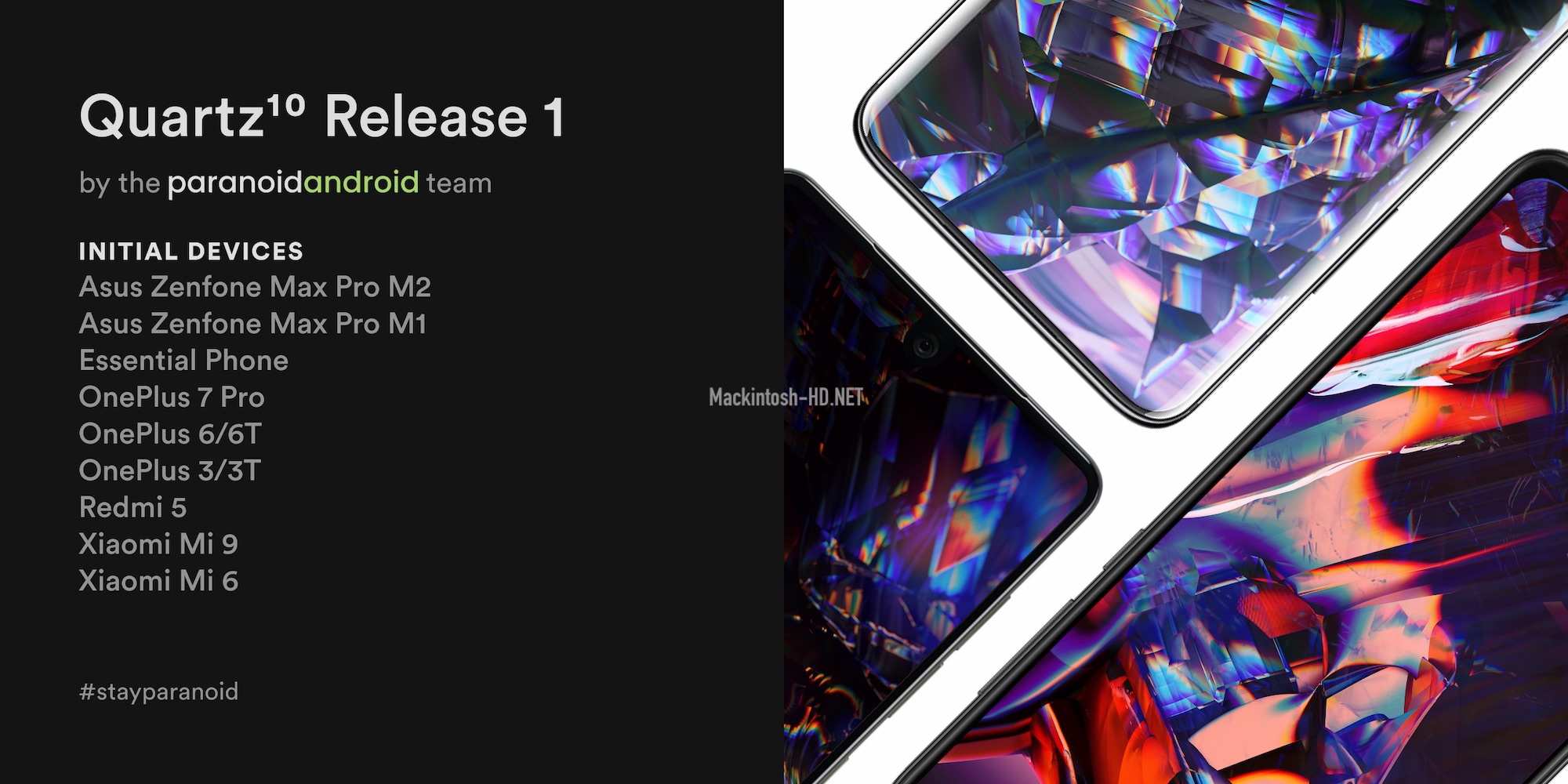 The developers announced the return of the legendary custom Paranoid Android firmware based on the latest version of the Android 10 operating system.

Paranoid Android was once one of the most innovative unofficial firmware for Android smartphones and tablets. However, its last official release took place at the end of 2018, then Paranoid Android 7.3.1, which was released then, was based on Android 7 Nougat.

Now it has returned under the name Paranoid Android Quartz and is based on Android 10. The firmware is already available for a fairly large number of smartphones and additional models are planned to be added to the list of supported ones in the near future.

The list of features in the first stable release of Paranoid Android Quartz 1 is quite extensive and offers everything you need to exist on “almost pure” Android plus an impressive amount of additional features.

For example, the latest, April, Android security update is immediately included in the firmware, updates over the air are supported, SafetyNet application protection system, there are even Google services and applications, including the Google Play online store.

Among the additional functions, one can distinguish the “pocket” mode Pocket Mode, settings for the navigation panel, support for additional gestures like swipe with three fingers down to take a screenshot.

Among the supported models:

In the coming weeks, it is planned to add support for: