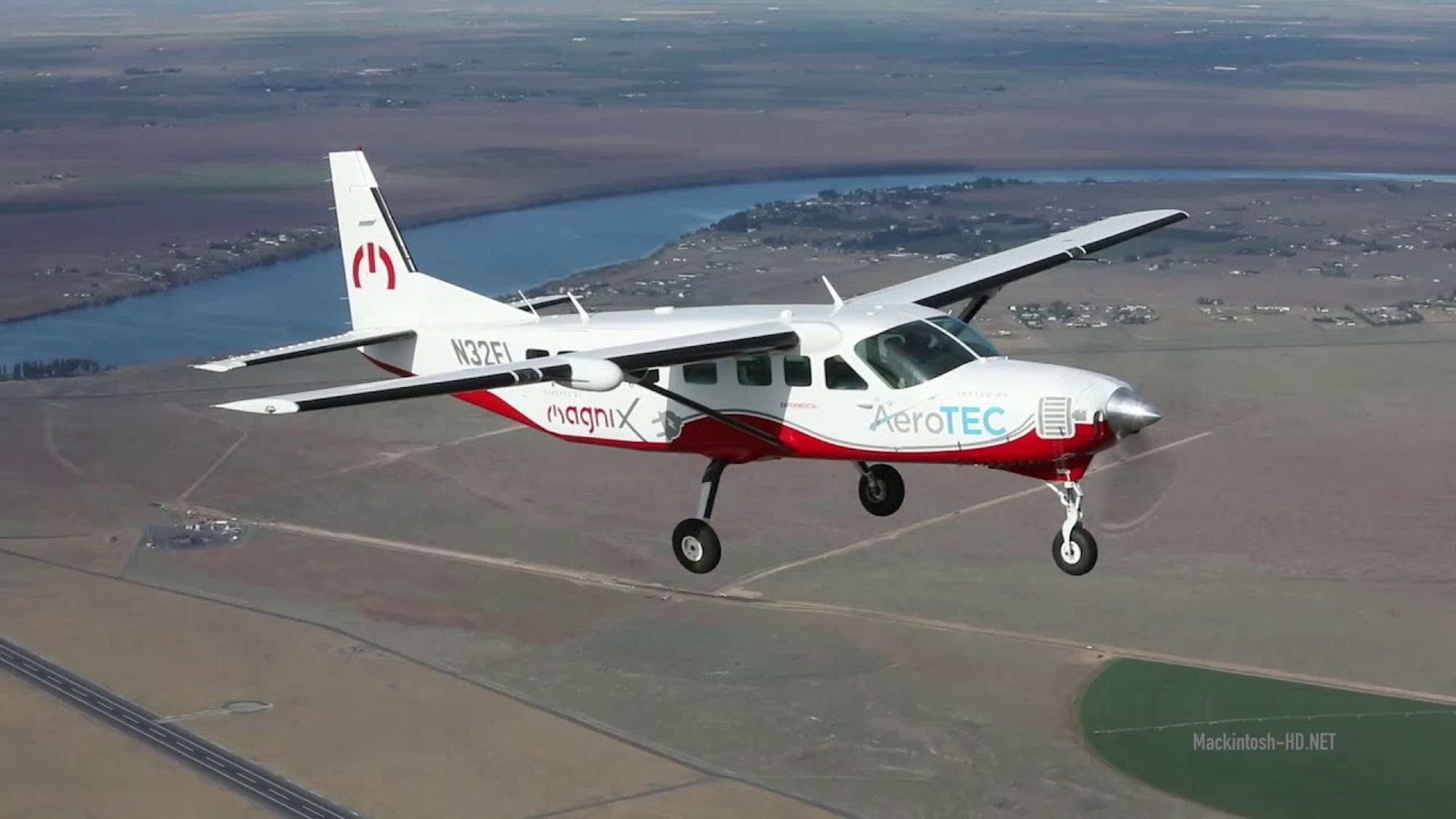 The other day, the largest electric plane at the moment made its first flight. The eCaravan model created by MagniX and AeroTEC is not a new development – it is based on the old Cessna 208B Grand Caravan (208B Caravan), the production of which started back in 1986.

Cessna 208B Grand Caravan is designed for 10-14 passengers and is characterized by a length of 11.46 m, a wingspan of 15.78 m and a weight of 2145 kg. How much the electrical modification weighs is unclear.

The first flight of eCaravan lasted 28 minutes and was successful. It is known that the aircraft is equipped with an magni500 electrical installation with an engine power of 560 kW. Battery capacity and flight range are not reported, but there are third-party data indicating the ability of the aircraft to carry 5 passengers at a distance of 160 km.