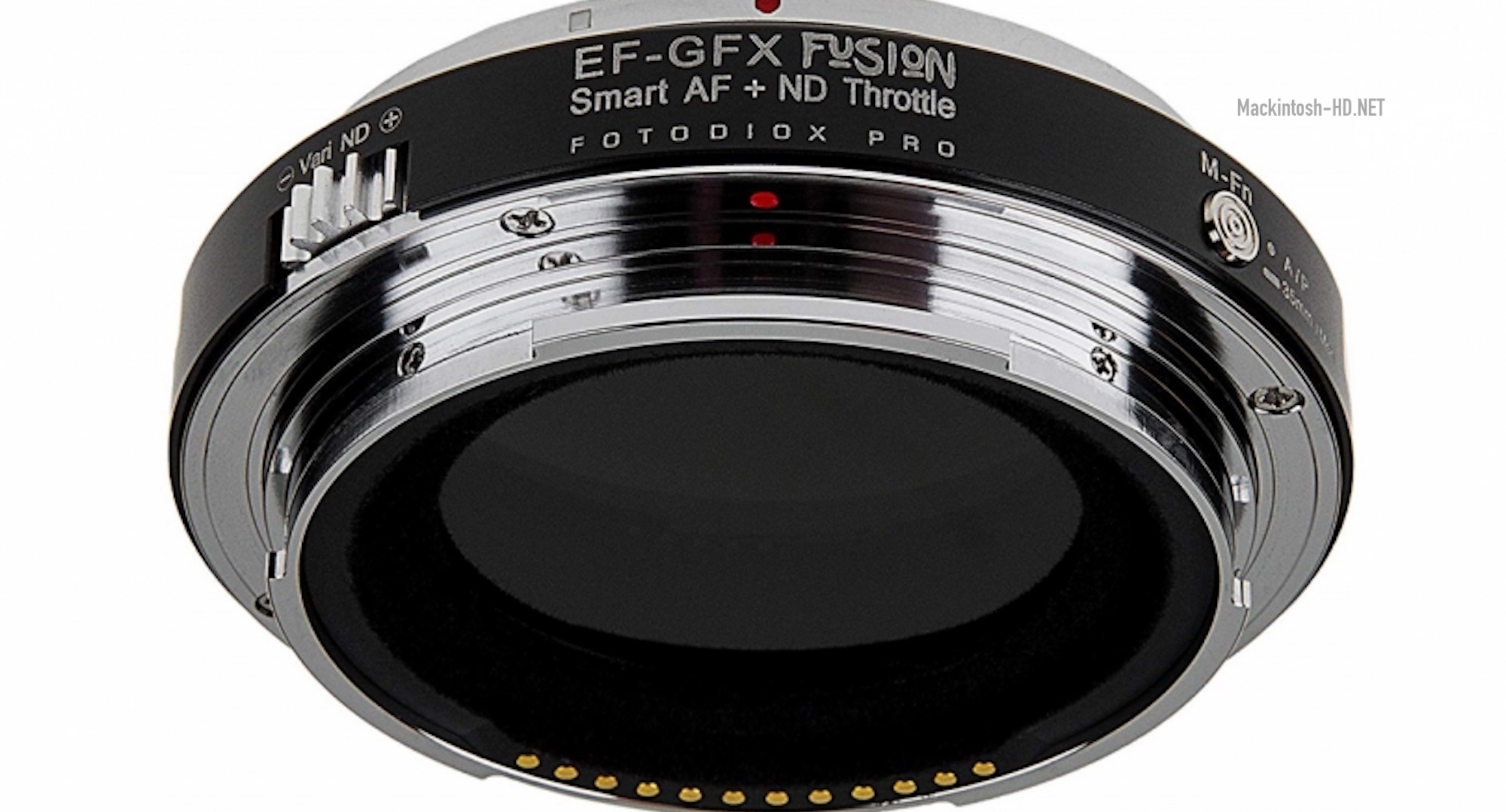 It has a built-in neutral filter of variable density ND2-256.
Fotodiox has released the Vizelex Cine ND Throttle Fusion Smart AF adapter, which solves the problem of installing Canon EF lenses on Fujifilm GFX mirrorless cameras. The adapter provides auto focus and other auto functions. In addition, an ND2-256 variable density neutral filter is built into it, that is, reducing exposure by 1-8 steps.

The manufacturer warns that with some Canon EF lenses, users may notice vignetting. This is not surprising if we recall that Fujifilm GFX cameras use Fujifilm G image sensors (43.8 x 32.9 mm), while Canon EF lenses are designed for a full frame, that is, for a frame measuring 36 x 24 mm. Many lenses form an image of sufficient size, so to speak, with a large margin, and in other cases you can use the mode selector to switch from medium format to full frame. In addition, the adapter has a switch for directly switching from aperture priority to program mode. There is a micro-USB connector for updating the firmware.