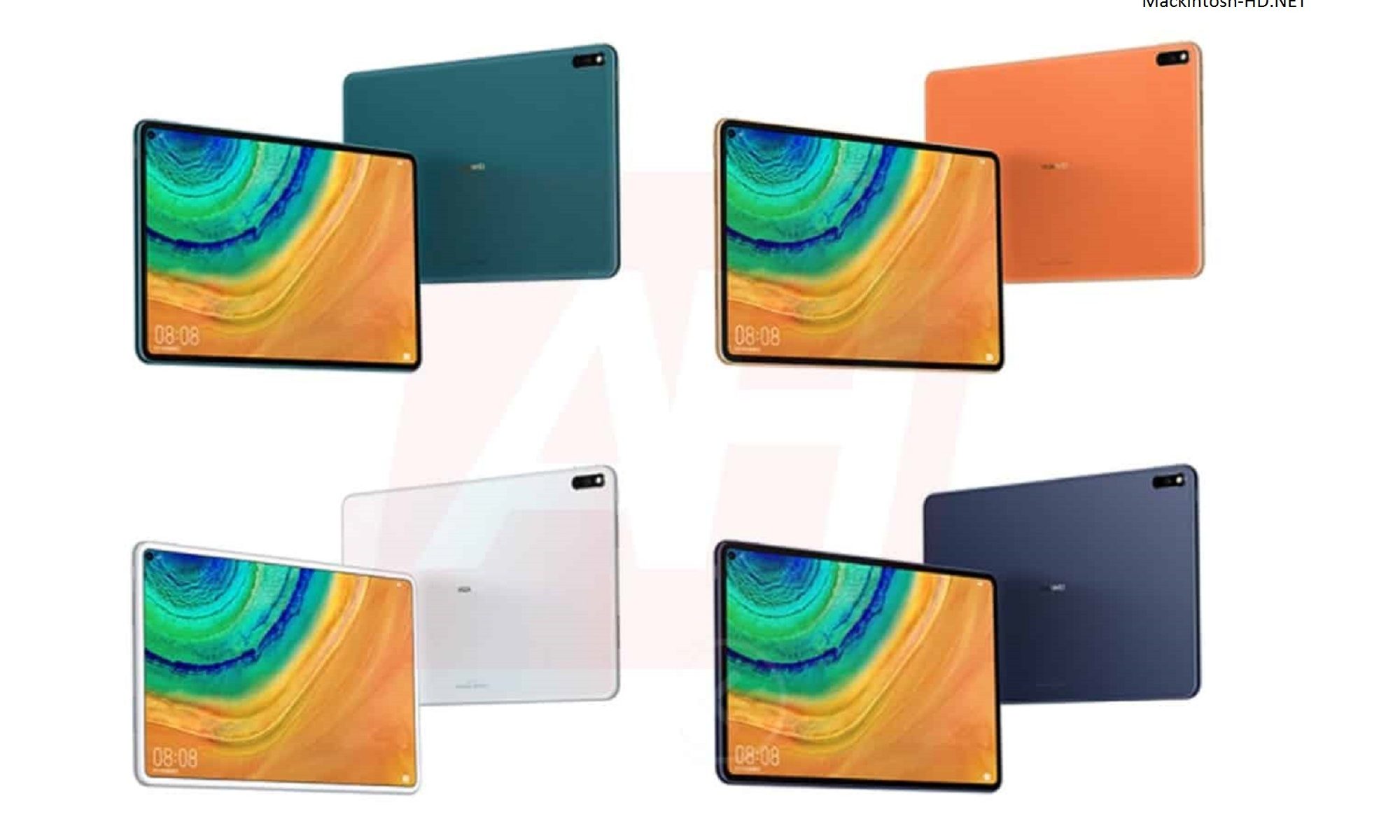 The network has new details about the premium tablet Huawei MatePad Pro, whose announcement is expected in the near future. The thematic resource AndroidHeadlines published images of the tablet in several colors of the case and shared information about it.

Huawei MatePad Pro is shown in four color options, whereas two were previously mentioned. According to the source, in addition to – black and white, green and orange options are expected, this is at least. There is also a dual rear camera on the back.

According to earlier leaks, the MatePad Pro will be the first Huawei tablet with a hole in the screen under the front camera, it will receive a fingerprint scanner built-in to the display, as well as support for the proprietary M-Pen stylus and magnetic keyboard.

It will be built on the basis of a single-chip system Kirin 990, 8 GB of RAM and 256 GB of non-volatile memory.