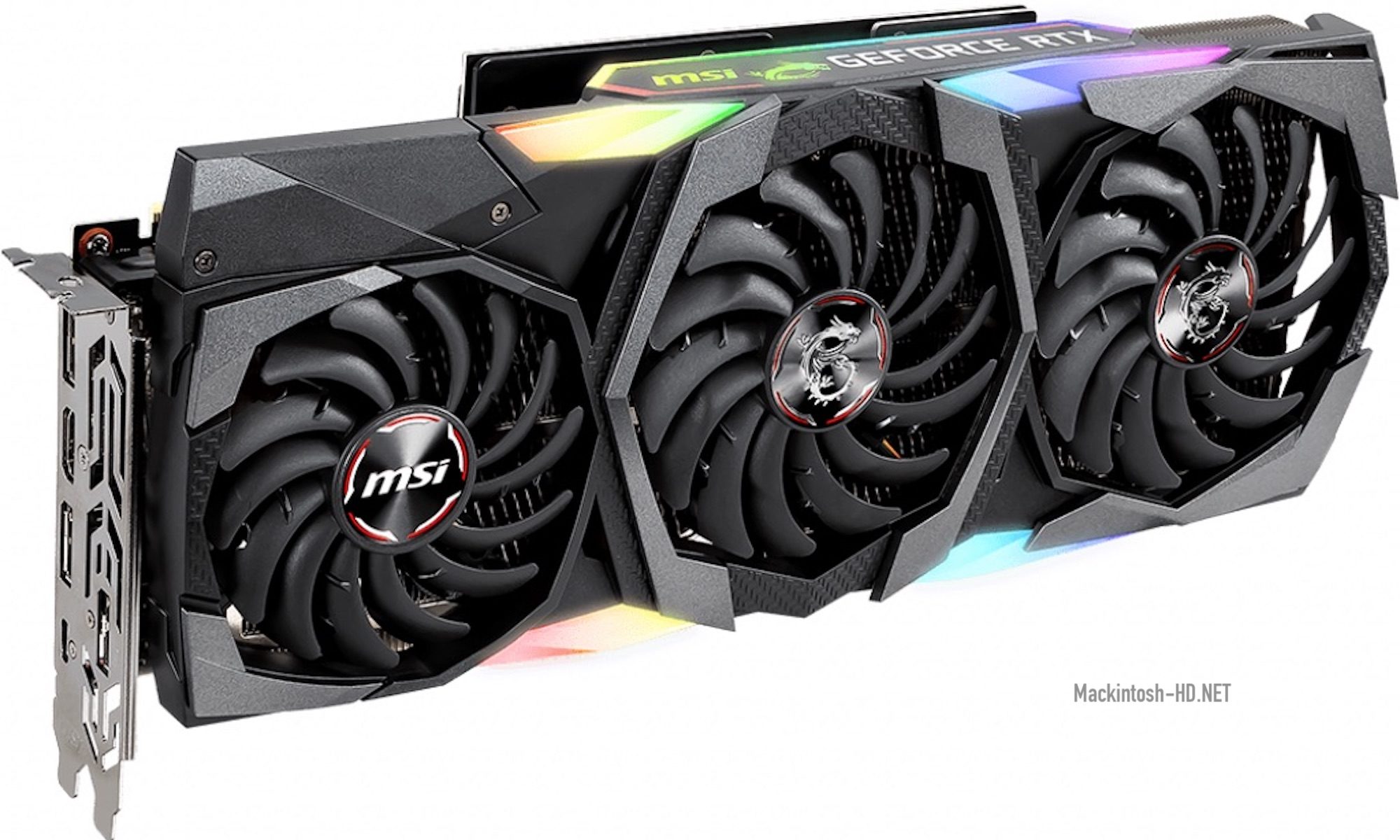 At the moment, almost all the top Nvidia graphics cards have GDDR6 memory with a frequency of 14 GHz. The exception is the RTX 2080 Super, whose memory runs at 15.5 GHz.

The GPU of the new product runs at a frequency of up to 1755 MHz, and this is not so impressive. But the cooling system of this video card also claims to be one of the most giant, which is understandable, including the card length – 328 mm.

The cooler consists of a huge two-section radiator, seven heat pipes and three fans, one of which is much more compact than the other two. Of course, the card is based on a non-reference printed circuit board. In this case, with a 17-phase power subsystem. For operation, the card requires the connection of three power connectors (8 + 8 + 6).

The set of ports includes HDMI, DisplayPort (x3) and USB-C.