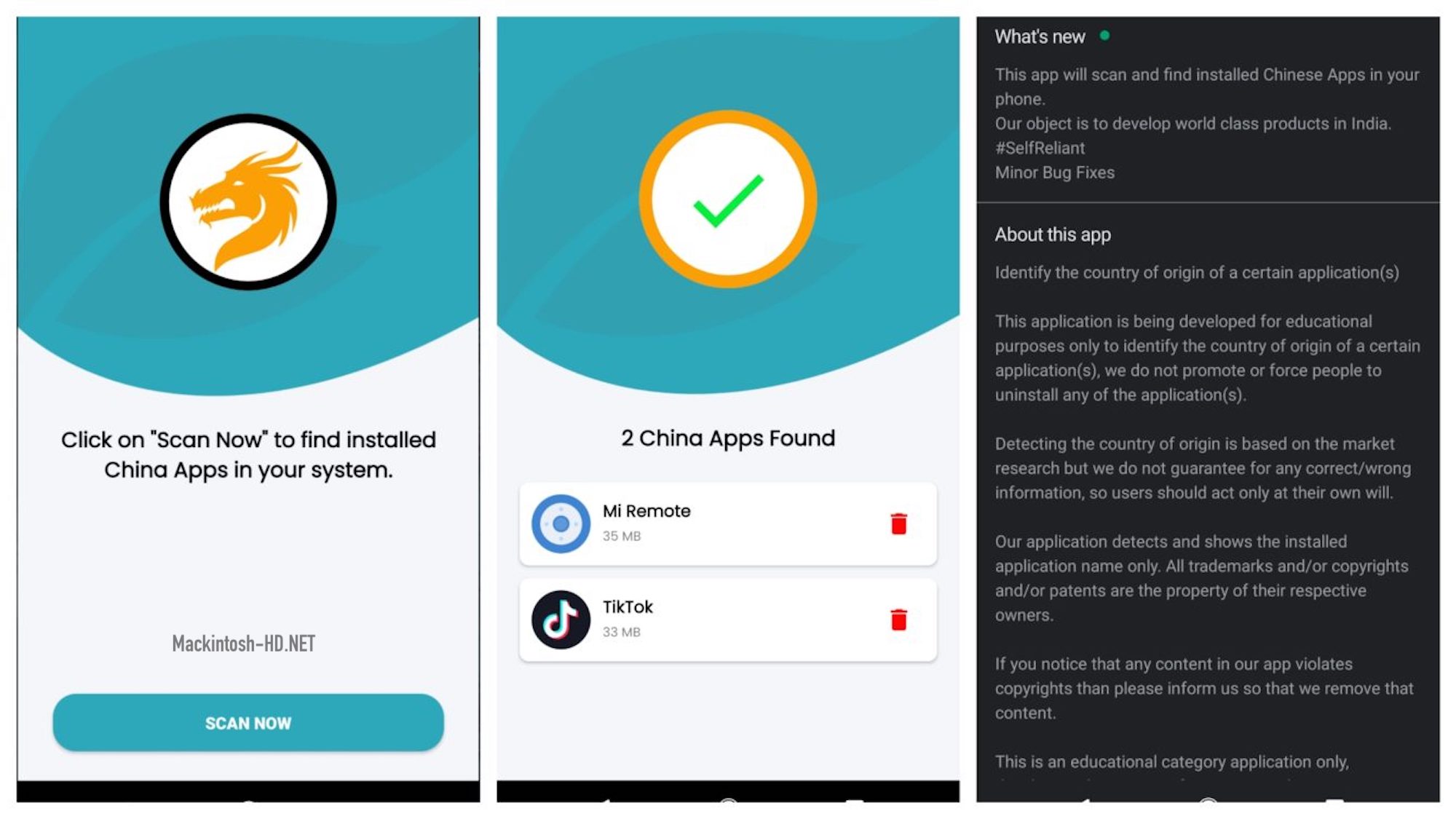 It is difficult to say how the relations between the Chinese and Indians are developing, but at least smartphone users in India do not really like the Chinese software pre-installed on the smartphone. Otherwise, an application with the talking name Remove China Apps would not have experienced such a dizzying take-off, which was provided mostly by the Indians.

The application in the Play Market catalog appeared only on May 17, but at the moment it has over 1 million installations, a very large number of reviews (about 150 thousand) and an almost perfect rating (4.8). And also the first place in the top of the free Play Market apps in India.

Despite the name, Remove China Apps cannot delete Chinese applications on its own (their origin, by the way, is determined on the basis of “market analysis”, so accuracy is far from absolute), but only displays a list of programs by Chinese developers, and the user himself decides leave them on your smartphone or not. A simple experiment showed that Remove China Apps copes with its tasks only satisfactorily: the program correctly regarded TikTok and Mi Remote as Chinese, but for some reason did not include Tencent Games, the largest Chinese developer, on PUBG Mobile.