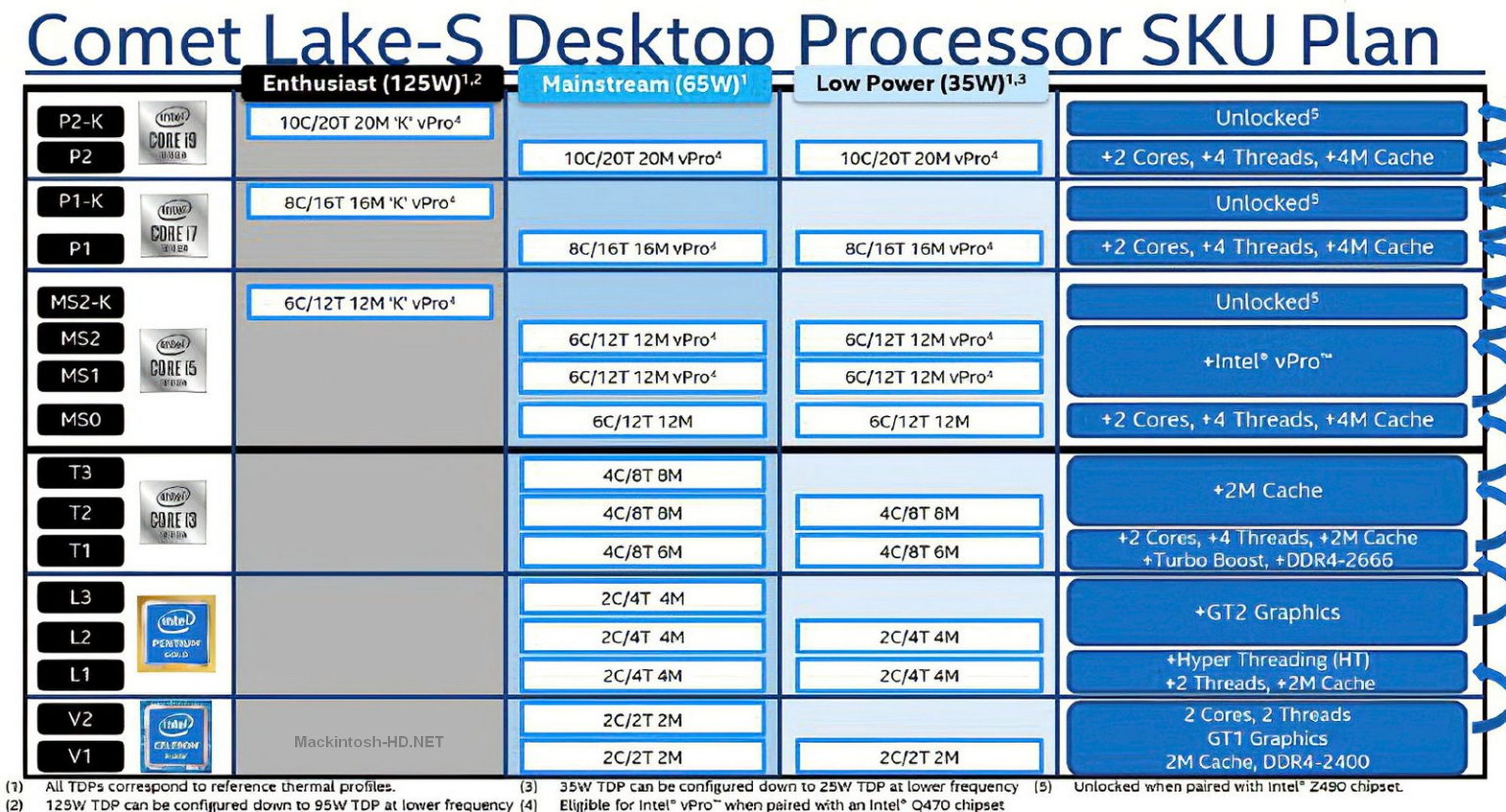 As can be seen from the scheme published on the Web, the company divides the Comet Lake S family into three parts. The first is for enthusiasts. It is expected to include a six-core Core i5-10600K, an eight-core Core i7-10700K and a ten-core Core i9-10900K. This is at first, and subsequently, models for enthusiasts may become larger. So all of them will be characterized by a thermal package of 125 W and, consequently, performance greater than their predecessors.

The Mainstream category will include 13 models with a TDP of 65 watts, and the Low Power category has 10 CPUs with reduced power consumption – their TDP will be only 35 watts.

In general, Comet Lake S has enough models for every taste, but those who stare at the top ones will have to take into account the increased requirements for energy consumption and cooling.