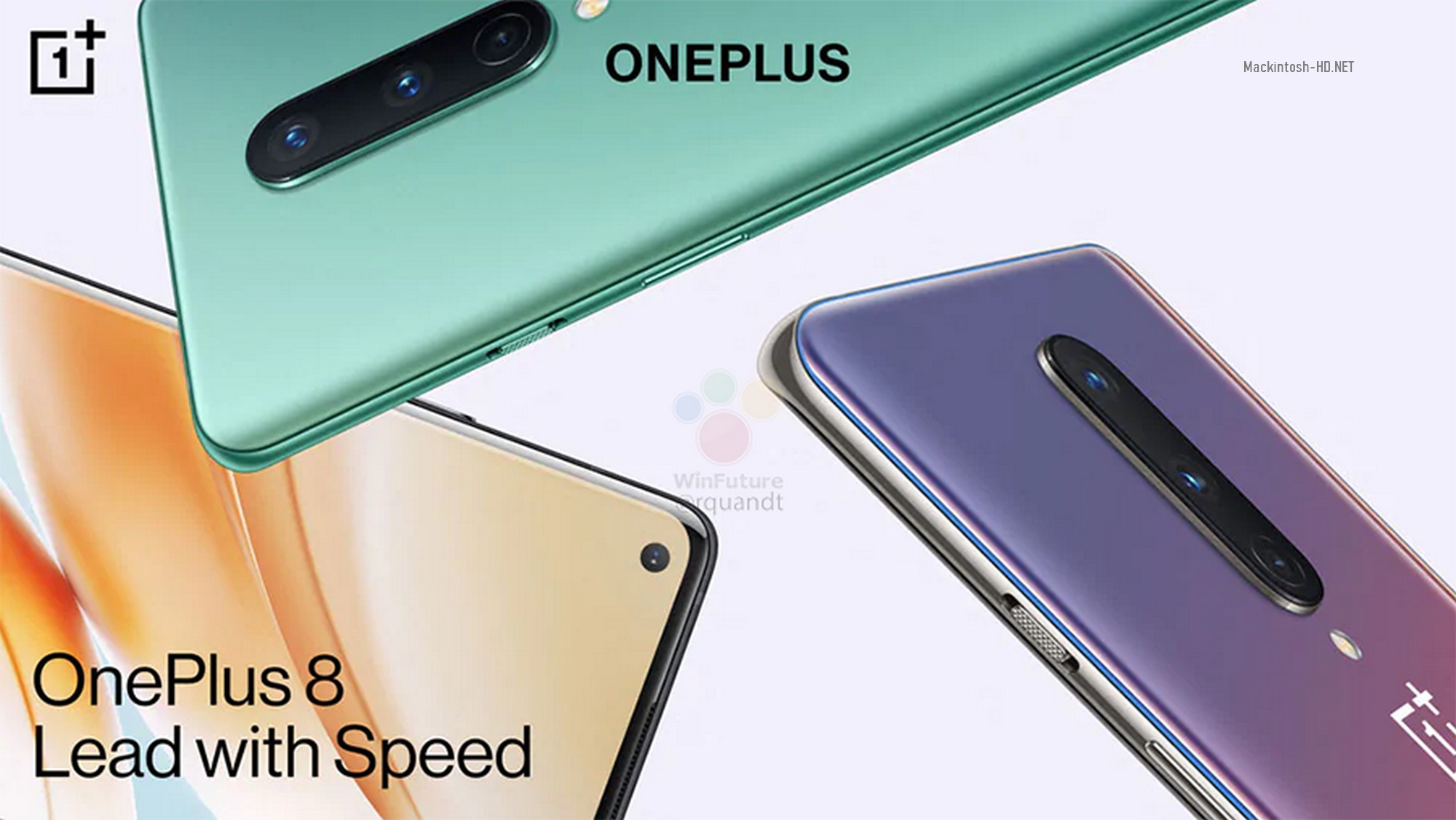 The famous informant Roland Quandt on his page on the social network Twitter published the official advertising posters of the OnePlus 8 smartphone line.

The OnePlus 8 and OnePlus 8 Pro smartphones will not differ much from each other in terms of design, to be more precise, the OnePlus 8 Pro has an additional module and a laser autofocus assistant to the left of the main camera.

In addition, the images confirm that the side frames of the screen on the OnePlus 8 Pro will be slightly narrower than the standard version of the OnePlus 8.

CEO and co-founder of the company Pete Lau this week confirmed that the smartphone is built on the basis of a single-chip system Snapdragon 865, they are equipped with fast RAM LPDDR5, as well as last year’s UFS 3.0 memory, which was used in the company’s previous flagships.

The presentation of the line of smartphones OnePlus 8 will be held on April 14.