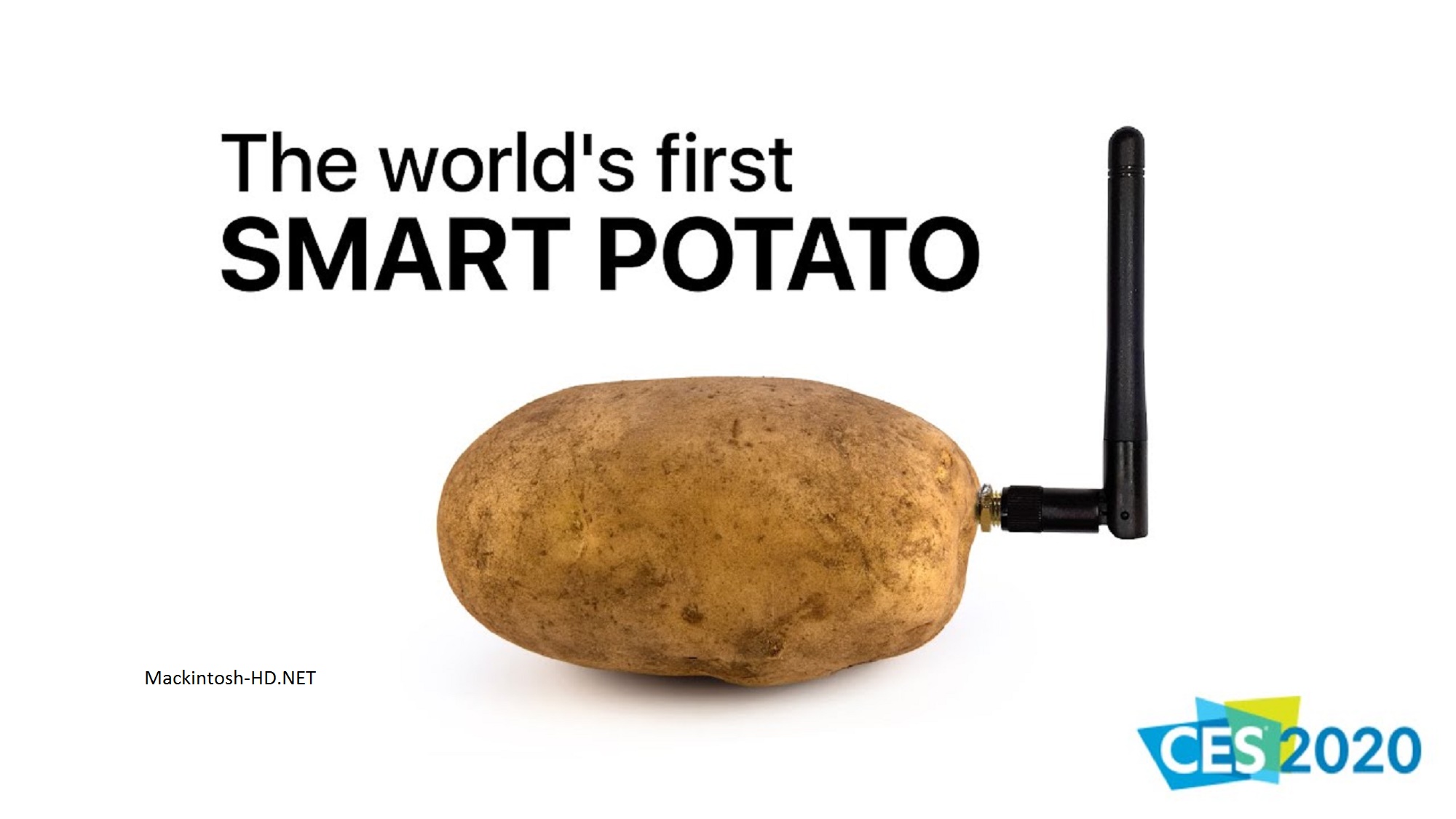 The French startup startup BPZ Labs decided to complement the abundance of a wide variety of gadgets shown at the CES 2020 consumer electronics exhibition as an extraordinary exhibit in the form of a special smart module for … potatoes. In addition to a significant expansion of the functionality of the popular vegetable, the feature of the new item was the ability to work without an additional power source.

According to the developers, their task was to “establish communication between people and potatoes.” A special autonomous board integrated into the root crop is capable of decoding the “potato language” (presumably with the help of pre-programmed answers), answering user questions. Smart potatoes are connected to the smartphone using the Bluetooth chip, and you can communicate with the root crop through a special mobile application.

The electronic module does not require the installation of a power source, since the potato itself acts as the battery for it. By using different metals as electrodes, an electric current of sufficient power is achieved. Given the low level of energy consumption of such electronics, the gadget is capable of working from one vegetable for a long time.

The developers note that the installation of a smart module does not require special technical knowledge – even a child will cope with the installation procedure. The declared cost of the unusual device is $ 34, the start date of retail sales and regional availability have not yet been announced.