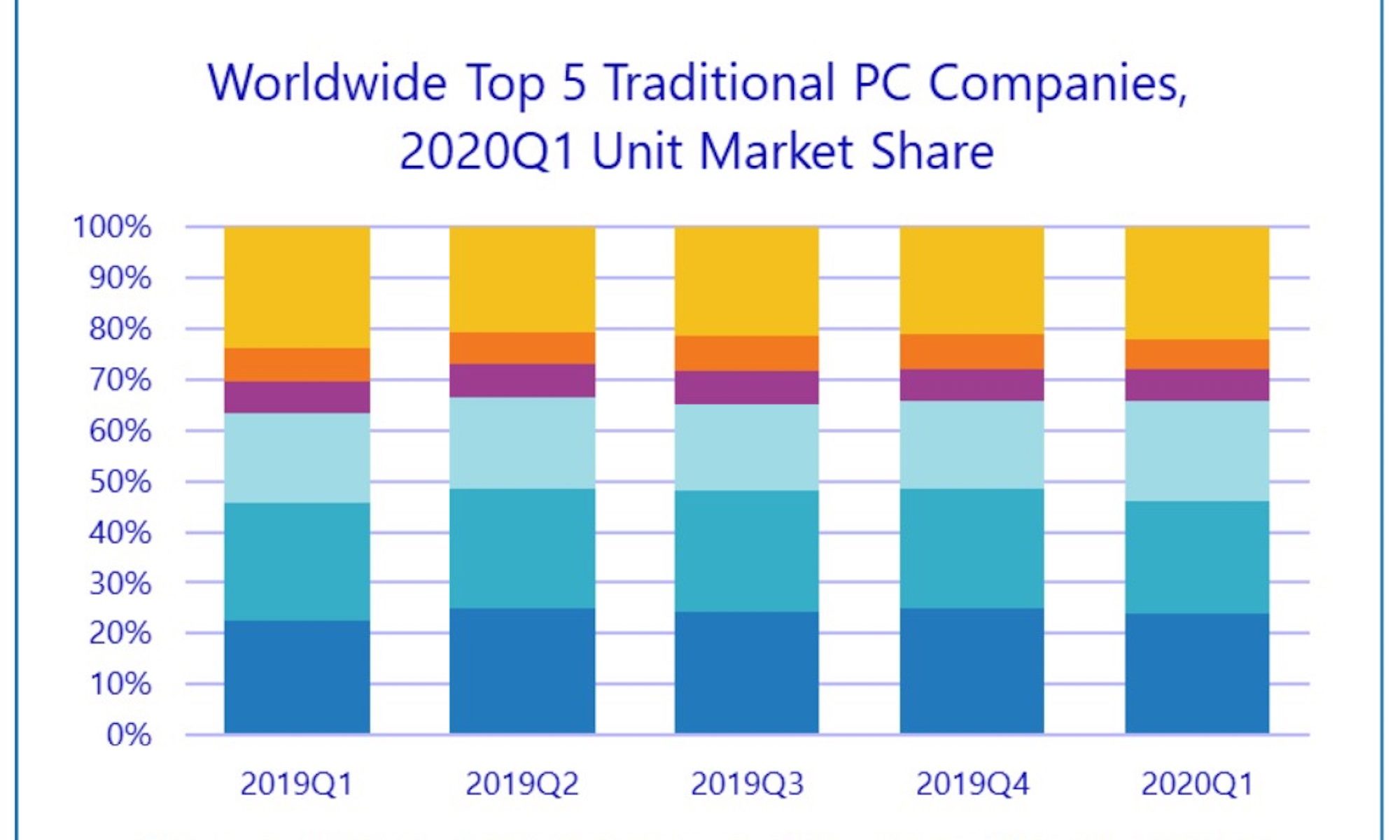 The global market for traditional PCs, including desktop computers, laptops, and workstations, declined 9.8% year on year in the first quarter of 2020. In just three months, 53.2 million computers were shipped. Such data are contained in a report prepared by IDC analysts. Analysts explain the sharp decline after growth last year as a result of shrinking supplies due to the outbreak of COVID-19 in China, the world’s largest PC vendor.

Although production facilities in January were largely at the level of previous years, plants were closed for a long time in February. Slow resumption of production along with logistical and personnel difficulties led to a reduction in supplies. Meanwhile, demand grew during the quarter, as many employees needed to upgrade their PCs to work from home, and consumers turned to gaming PCs as a means of entertainment.

The market leader is Lenovo, which shipped 12.830 million PCs in the quarter, which corresponds to 24.1% of the market. A year ago, the Chinese manufacturer owned 22.7% of the market. In second place is HP, whose share in the year decreased from 23.0% to 22.0%. Third place belongs to Dell. This company was able to increase its stake from 17.6% to 19.7%. The top five also include Acer Group and Apple. The share of Acer Group for the year has not changed and amounts to 6.3%. Apple’s share fell from 6.6% to 5.8%