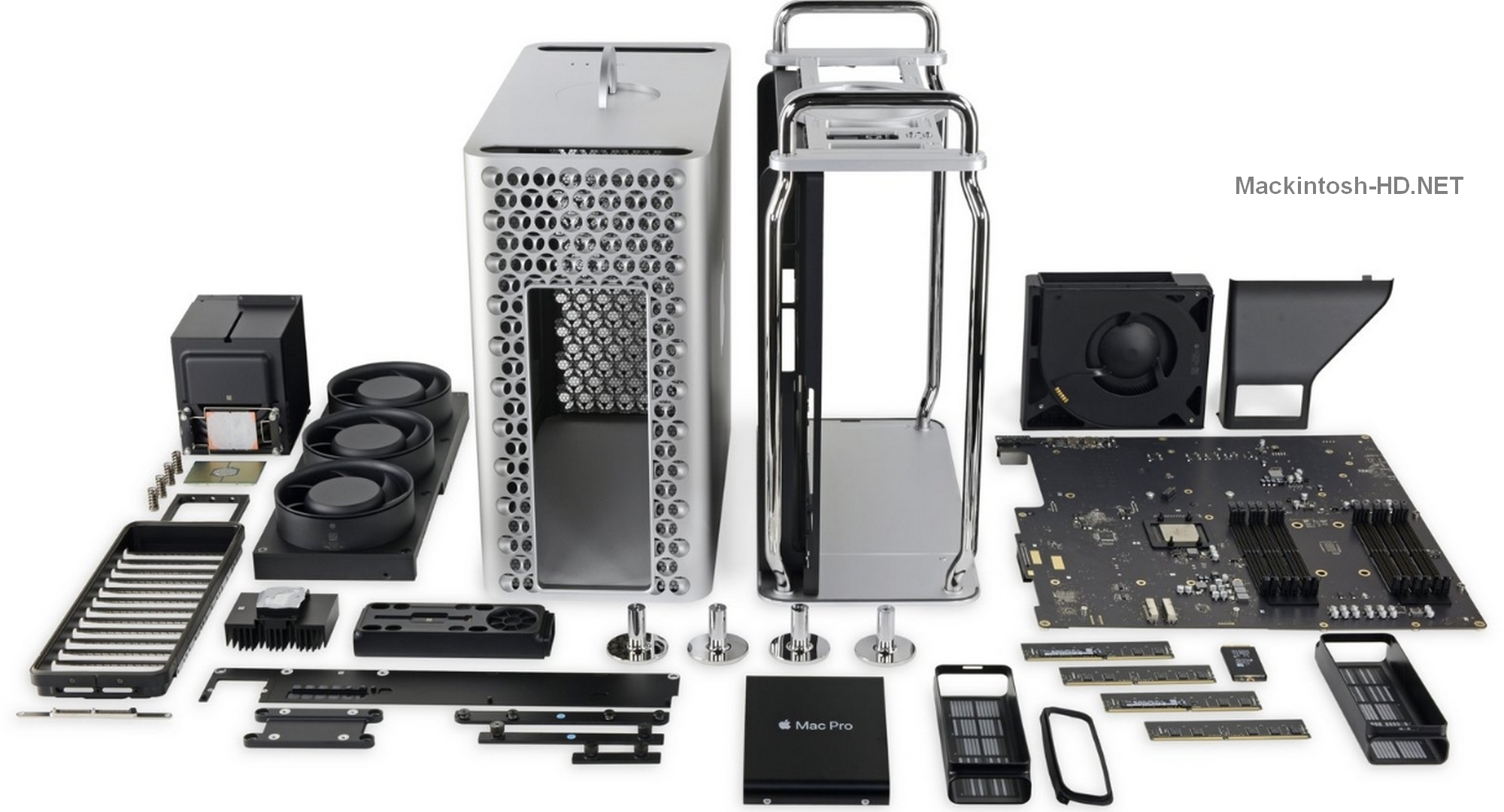 So say iFixit
As you know, the new Apple Mac Pro PC has a modular design, allowing you to replace those components that we used to change in our desktop computers.

But still, Apple created a unique case with a unique arrangement of components, so the question arose as to how much the new Mac Pro really looks like ordinary PCs. In particular, how maintainable it is.

The experts of iFixit undertook to answer this question, having sorted an expensive novelty of Apple to the last screw. The result pleases – nine points out of ten possible. In the minuses of the PC, they recorded only that some components will have to be bought only from Apple and at exorbitant prices.

So, disassembling your Mac Pro is easy. You can start with the fact that removing the “cover” of the case turns off the computer, as there are special contacts on the “cover”: as soon as the connection with them is disconnected, the PC is turned off.

Access to all major components is implemented conveniently and simply. Often, just pressing a button or sliding a latch is enough.

At the same time, for example, an SSD, although it can be easily dismantled, with self-replacement, everything is complicated, since the drive is “tied” to the T2 security microprocessor.