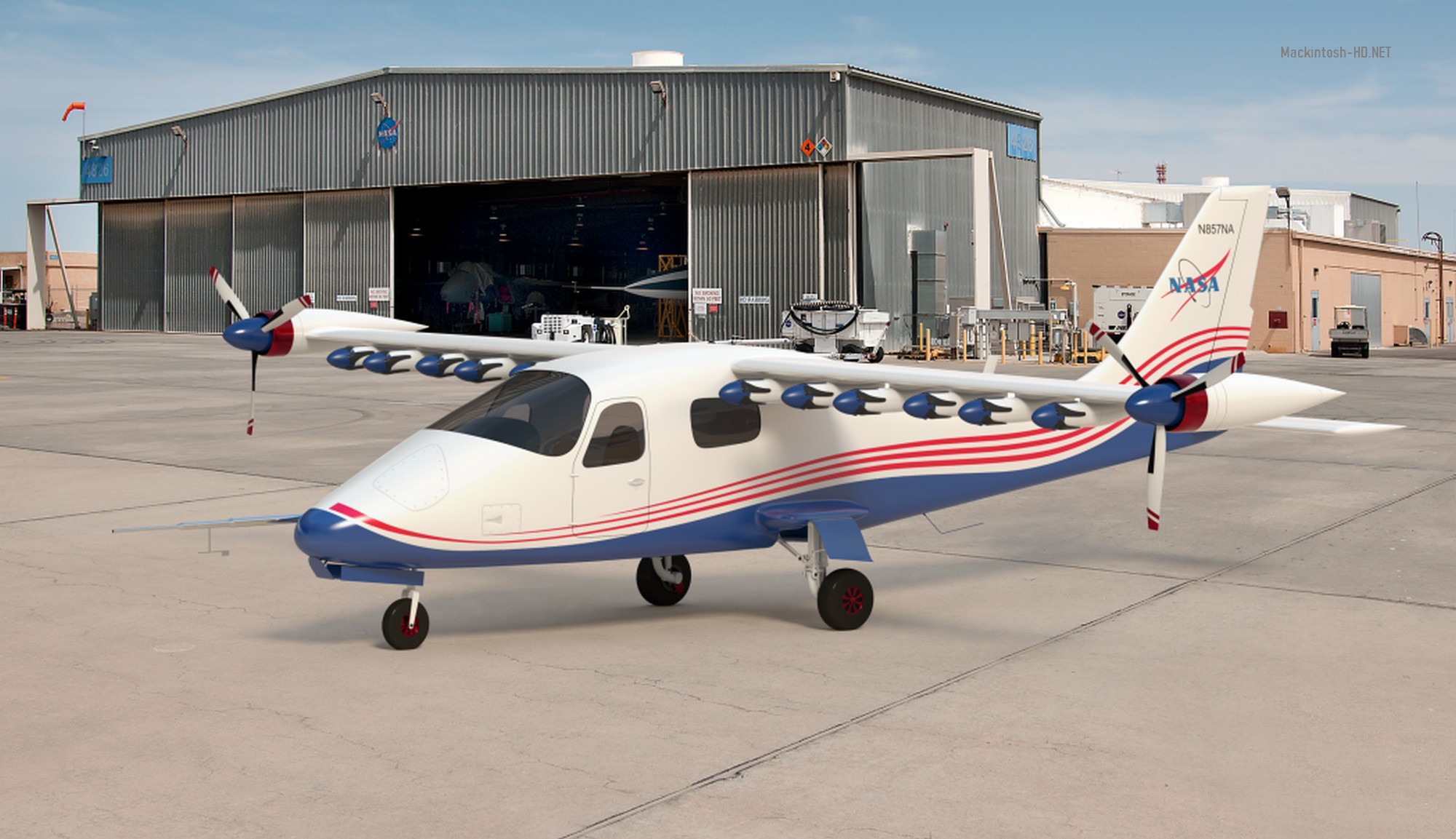 The idea of creating an electric aircraft with advanced features has been in the air for many years. Prototypes and concepts have been shown by several companies. The final configuration of their electric Maxwell X-57 aircraft was demonstrated by NASA space agency.

The Maxwell X-57 is based on the Tecnam P2006T – a four-seater light aircraft, in which during the transformation two-cylinder Rotax 912S3 piston engines were replaced with 12 electric ones. Specifications have not been disclosed. The concept is called “modification IV”. At the same time, NASA indicates that this is the first manned version of the X-plane in the last 20 years.

Engineers said that the Maxwell X-57 received a wing with a high aspect ratio, which allowed to increase efficiency by reducing drag in flight. The aircraft is equipped with 14 engines, 12 of which are used to achieve cruising speed and can be folded to reduce drag. During landing, centrifugal force opens the blades, and the engines are activated again.

This configuration allowed the Maxwell X-57 to receive increased payload. The developers indicate that she also increased the efficiency of the aircraft by 500%. The novelty does not create emissions and produces less noise than existing analogues.