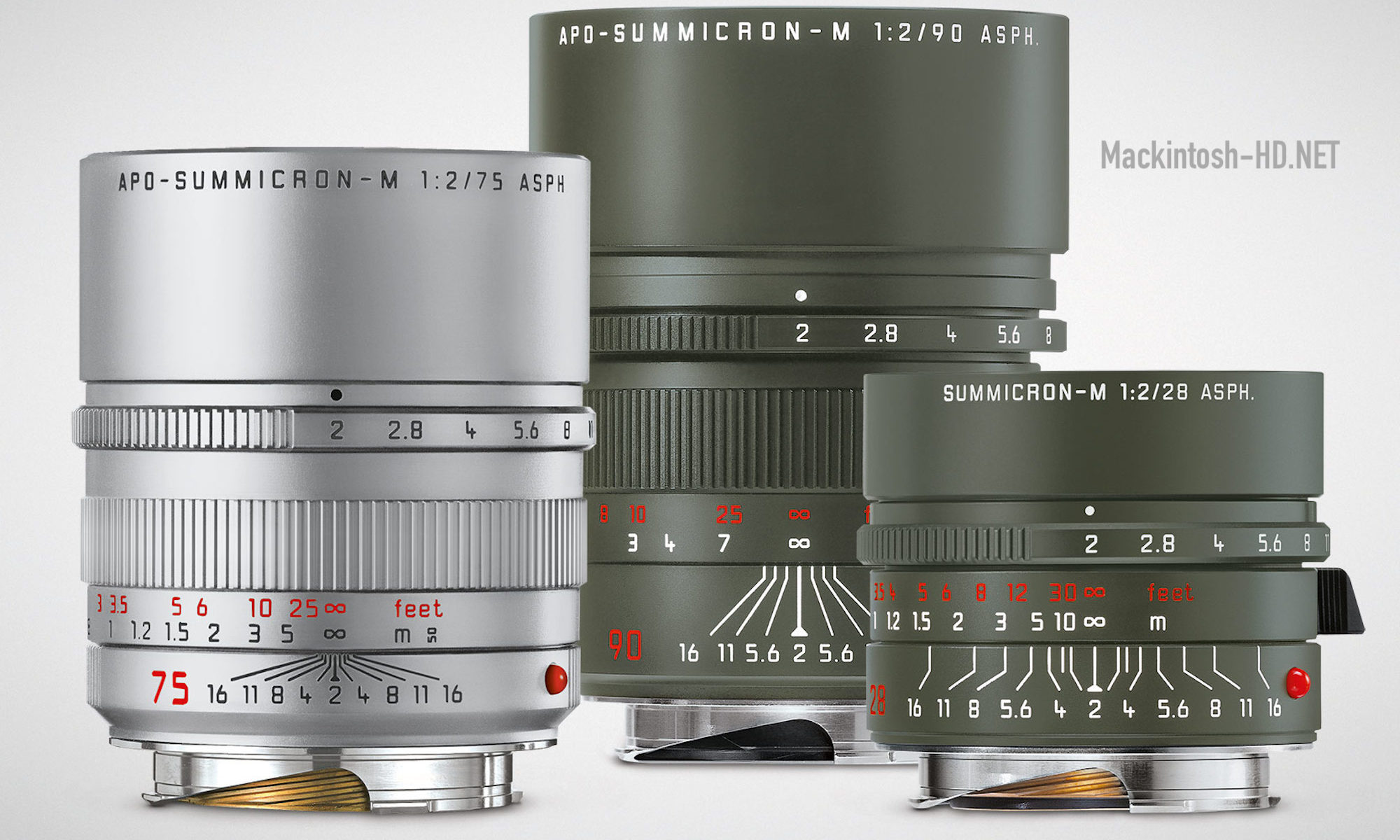 Their sales will begin in late February.
Leica’s range of lenses has been updated with new versions of the three Summicron M.

The third novelty is the silver version of the APO-Summicron-M 75 f / 2 ASPH lens, previously available only in black. It is interesting that about this lens on the manufacturer’s website it is said that it will be released in a batch of only 300 pieces, while the black model does not have such an update. However, it is possible that this is a mistake, since there are no nicknames in the model name that this is a limited edition. Regarding Summicron-M 28 f / 2 ASPH. Edition ‘Safari’ and APO-Summicron-M 90 f / 2 ASPH. Edition ‘Safari’, these lenses will be released 500 and 250 pieces respectively.

According to Leica, the color of the camera and lenses of the Safari series is inherited from the Leica M1 model, which was produced in olive color for the German armed forces in the early 1960s. All of these cameras had a Bundeseigentum mark, indicating that this is state property. A total of 208 cameras were released. How many of them have survived – the source does not report. It is noteworthy that the olive-green cameras then came with silver lenses. Allegedly, this was due to the lack of technical ability to paint the lens elements in olive color.