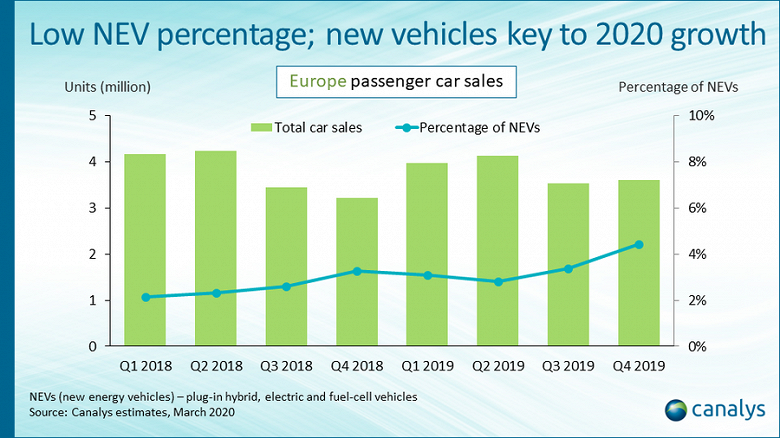 In absolute terms, they are not yet competitors to ICE vehicles.

According to experts of the Canalys analytic company, during the fourth quarter of 2019, 160,000 new energy vehicles (NEVs) were sold in Europe, including electric vehicles with batteries, fuel cells and cars with hybrid power plants. This figure corresponds to a growth of 52%. However, the share of NEV in total car sales was only 4.4%. If we talk about the year as a whole, approximately 520,000 NEV were sold in 12 months, while the total number of cars was 15.3 million. It is not difficult to calculate that the share of NEV does not exceed 3.4%.

According to analysts, the release of more affordable compact class models in the current half-year will help speed up the spread of electric vehicles. It is expected that such brands as Honda, Mini, Opel / Vauxhall, Peugeot and VW will present them. These cars will cost from 30,000 to more than 40,000 euros and will be able to drive 200 to 500 km without recharging.