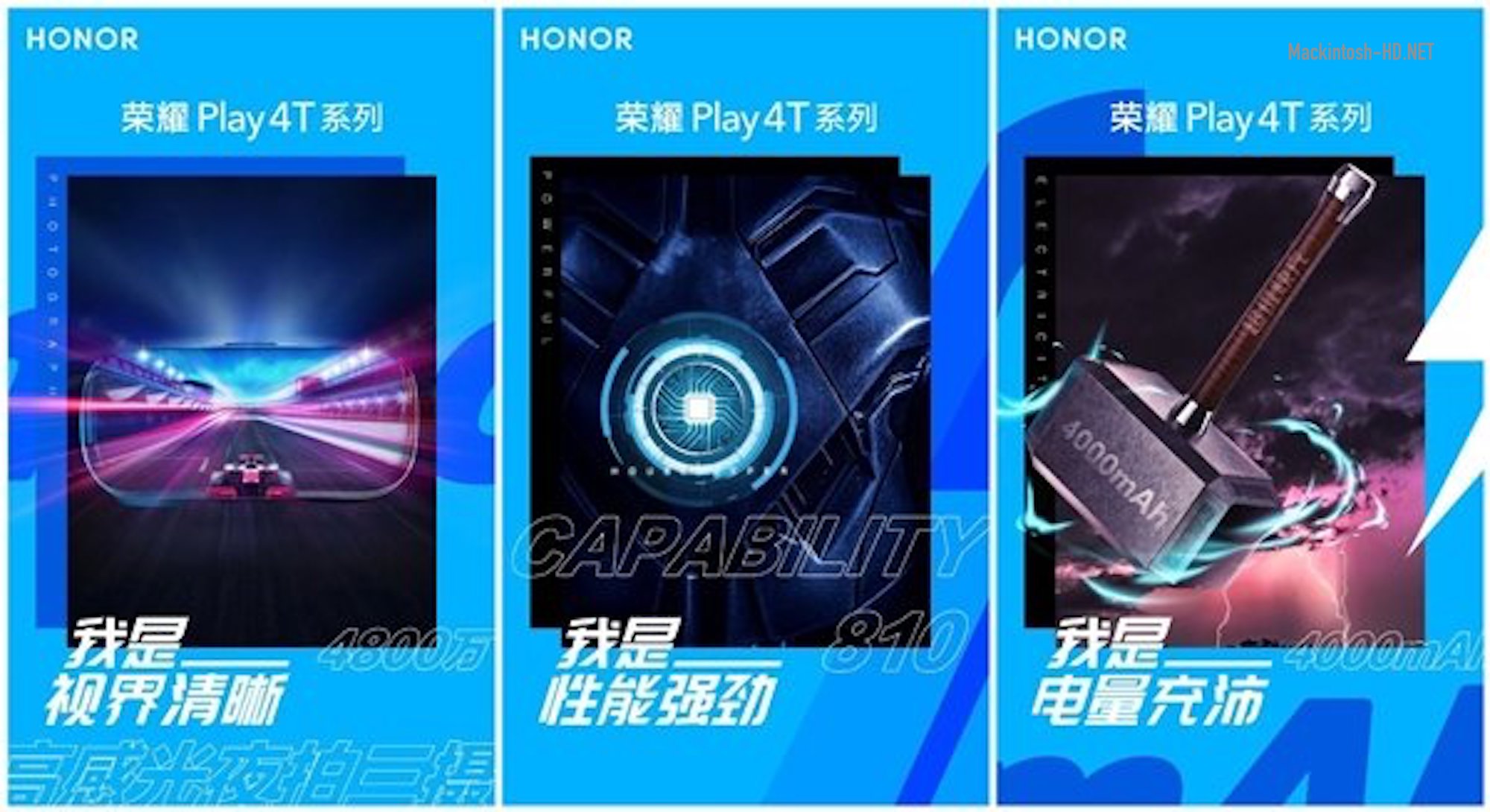 In the middle of next week, the range of Honor smartphones will replenish with the Play 4T model. The novelty promises to be inexpensive, while it has everything necessary to satisfy user requests in the segment of budget devices – its main characteristics today have been officially confirmed.

As you can see on the teasers, Honor Play 4T received a single-chip platform Kirin 810, a triple camera with a main sensor with a resolution of 48 megapixels and a battery with a capacity of 4000 mAh. Google services of this model, alas, are not allowed, since the Kirin 810 is not certified by an American company.

According to key characteristics, the Honor Play 4T repeats the Huawei Nova 5z smartphone introduced at the end of October last year. The cost of that model at the premiere date was $ 225, but the Honor Play 4T will obviously be more affordable – it is logical to rely on a price around $ 180.