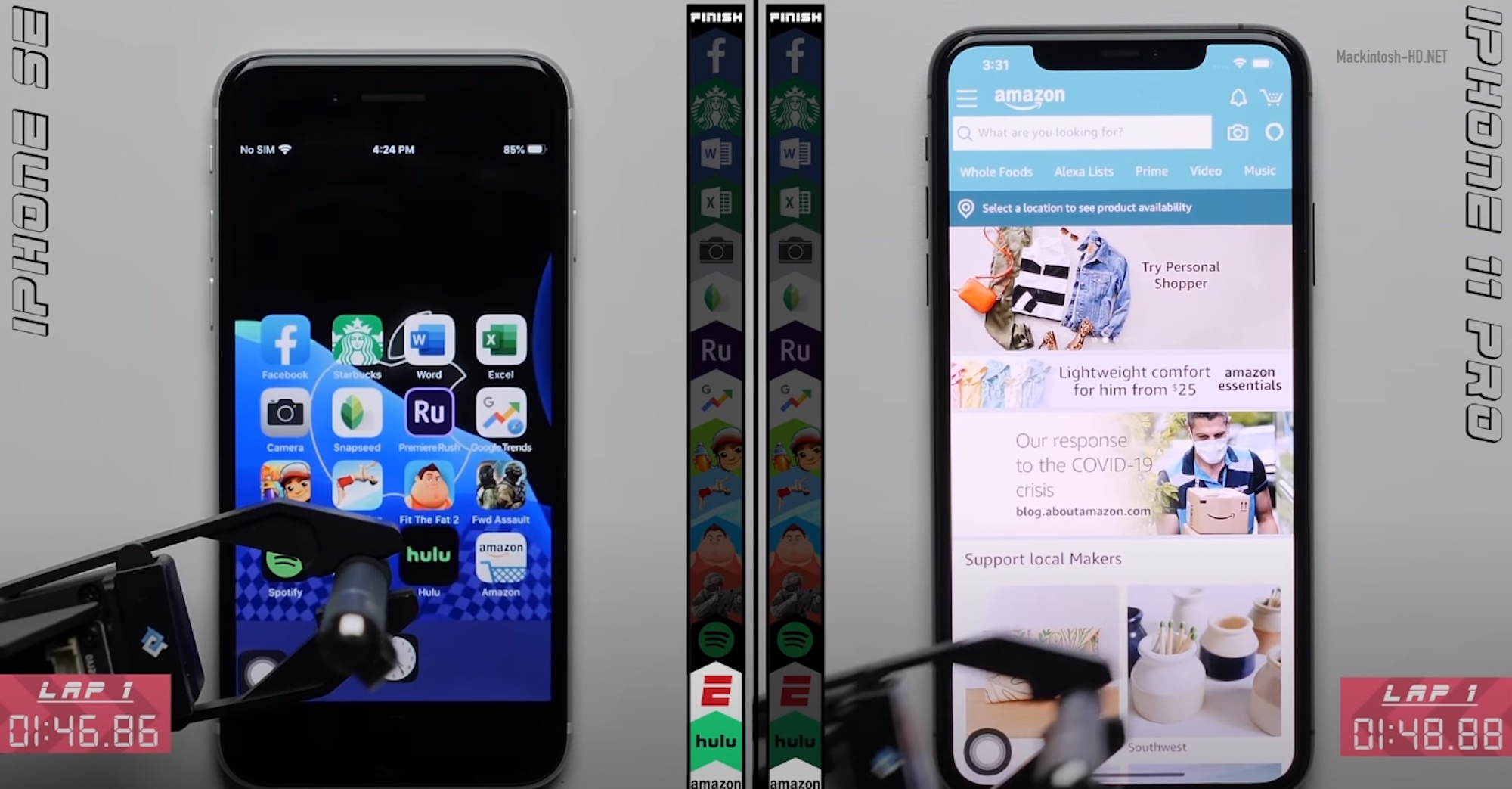 As you know, the “budget” iPhone SE of the second generation is based on the same platform as the top-end iPhone 11 Pro and 11 Pro Max. At the same time, in the same AnTuTu benchmark, the younger model is gaining significantly less points.

Is there a difference in performance in real conditions? The PhoneBuff channel, which tests smartphones using a robotic arm, compared the second-generation iPhone SE and iPhone 11 Pro Max in application launch speed.

As you can see, the flagship still won, although it was only 7% ahead of its brother. At the same time, if you watch the video in more detail, you can see that for some time the iPhone SE even led, but it was let down by a smaller amount of RAM (3 GB vs 4 GB), because of which some applications were simply unloaded from RAM and the smartphone had to starting them all over again.

Thus, if we talk about the speed of launching applications, there is practically no difference between smartphones, but in some cases iPhone SE owners will face a situation when an application is unloaded from RAM.