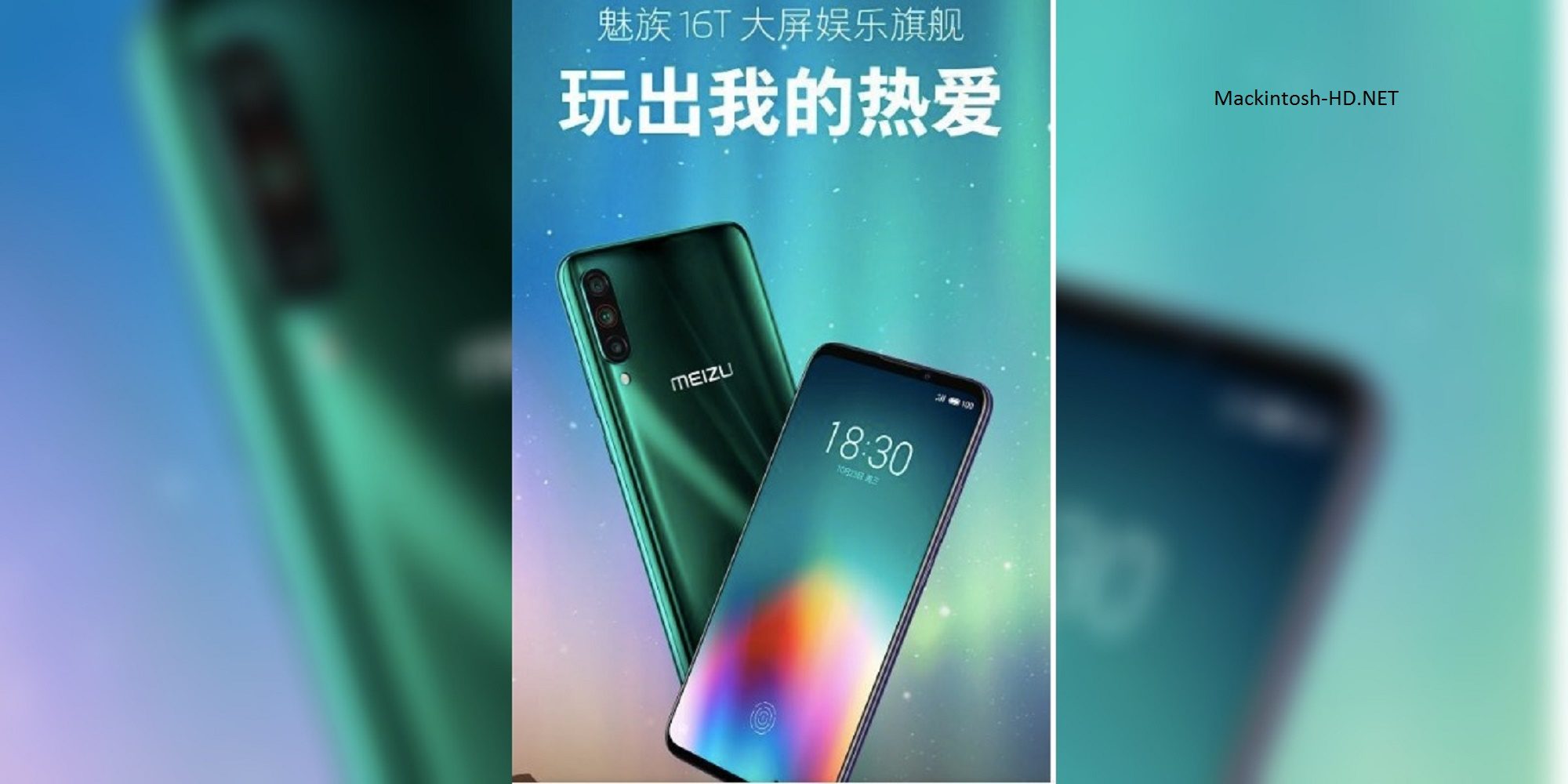 While Vivo is just preparing to release the IQOO Neo 855 Edition model, which should receive the status of the most affordable smartphone on the Qualcomm Snapdragon 855 single-chip platform, Meizu has already released its Vivo response. It is called Meizu 16T.

Dimensions and weight of the model – 159.63 x 78.2 x 8.3 mm and 183 grams. The company rightly considers the Meizu 16T one of the thinnest and lightest models in its class. It should be noted that the smartphone received a battery with a capacity of 4500 mAh and a rather big AMOLED display with a diagonal of 6.5 inches and a resolution of Full HD +. The smartphone screen provides coverage of the DCI-P3 color space and is characterized by a maximum brightness of 600 cd / sq.m. The Super mTouch fingerprint scanner is integrated into the display – it unlocks the smartphone in just 0.2 seconds. The pictures clearly show that the screen dispensed with cutouts – the front camera and sensors are located in a small upper frame.

In terms of the audio component, the Meizu 16T is an atypical flagship, since the developers have provided stereo speakers and a standard headphone jack. As for the software, the new product runs on Android 9.0 Pie OS with the Flyme 7 interface and the OneMind 3.5 artificial intelligence engine. Buyers and users of the Meizu 16T are the first to upgrade to Flyme 8.

Although the main camera of the model is threefold, this time it did without “super-megapixel” sensors. The main module uses a Sony Exmor RS 12MP sensor and an F / 1.9 aperture. The additional module consists of an 8 megapixel sensor and an ultra-wide-angle lens with an aperture of F / 2.2 and a viewing angle of 118 °. Well, the third sensor with a resolution of 5 megapixels serves to analyze the depth of the scene. The resolution of the front camera is 16 megapixels. It can be used to unlock the smartphone in the face, and the speed promised is the same as with the fingerprint scanner – 0.2 s.

The potential hit is offered in three colors: blue, green and orange. From today on, Meizu 16T in China can be pre-ordered, and real sales will start on the morning of October 28.