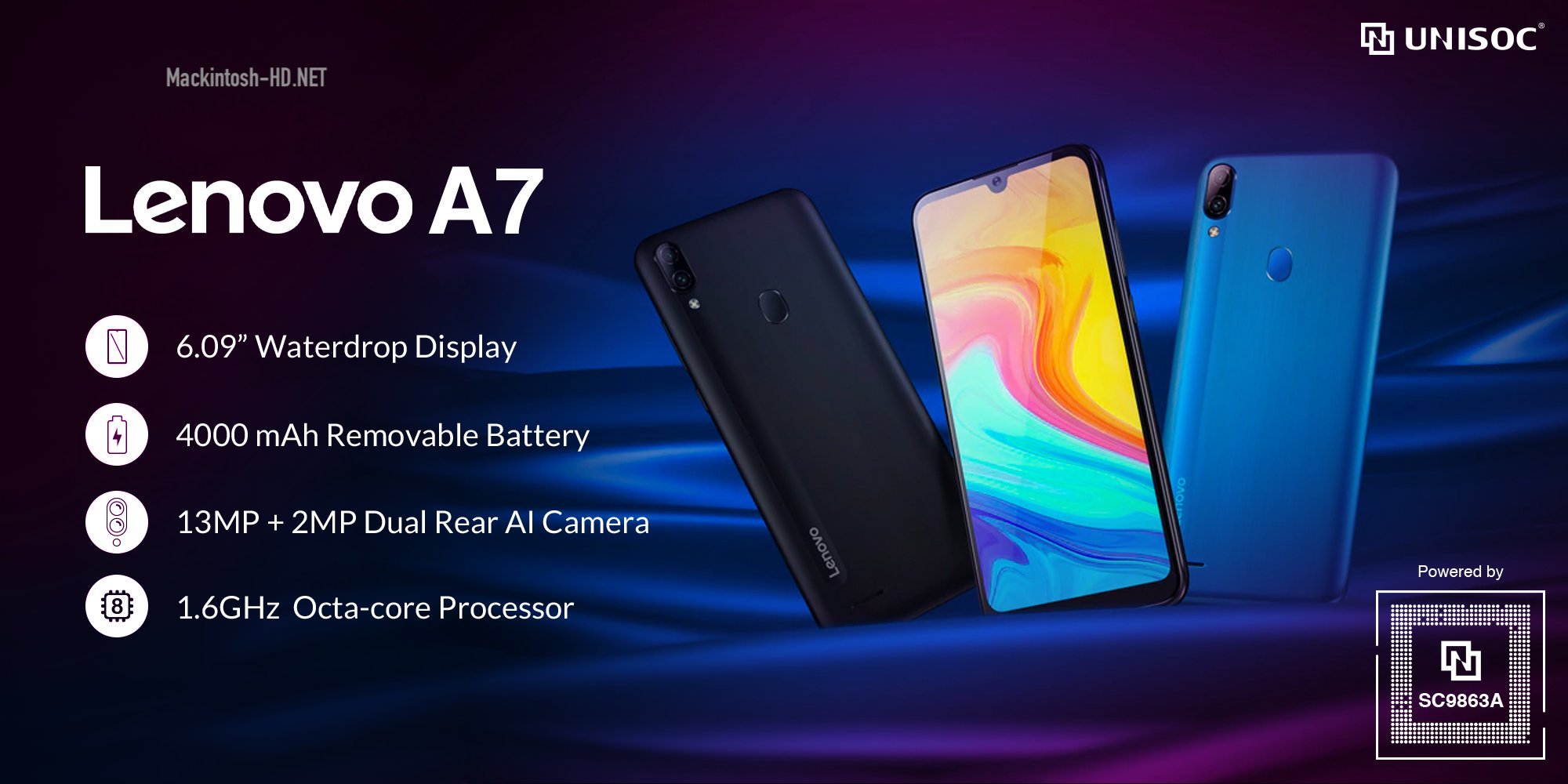 The Chinese company Unisoc on its page on the social network Twitter announced a new inexpensive smartphone Lenovo A7, which has not yet appeared on the official website of the manufacturer, but its characteristics are already known.

Lenovo A7 is built on the basis of the eight-core single-chip system Unisoc SC9863A, which received processor cores Cortex-A55. The smartphone is equipped with a 6.09-inch screen with a drop-shaped cutout for the front camera, whose resolution is 5 megapixels.

The main camera has image sensors with a resolution of 13 and 2 megapixels. The battery capacity is 4000 mAh. In standby mode, the smartphone can hold a charge for about two weeks. The fingerprint sensor is located on the rear panel.

The price of Lenovo A7 has not yet been announced, but it is unlikely to exceed the psychological mark of $ 100.