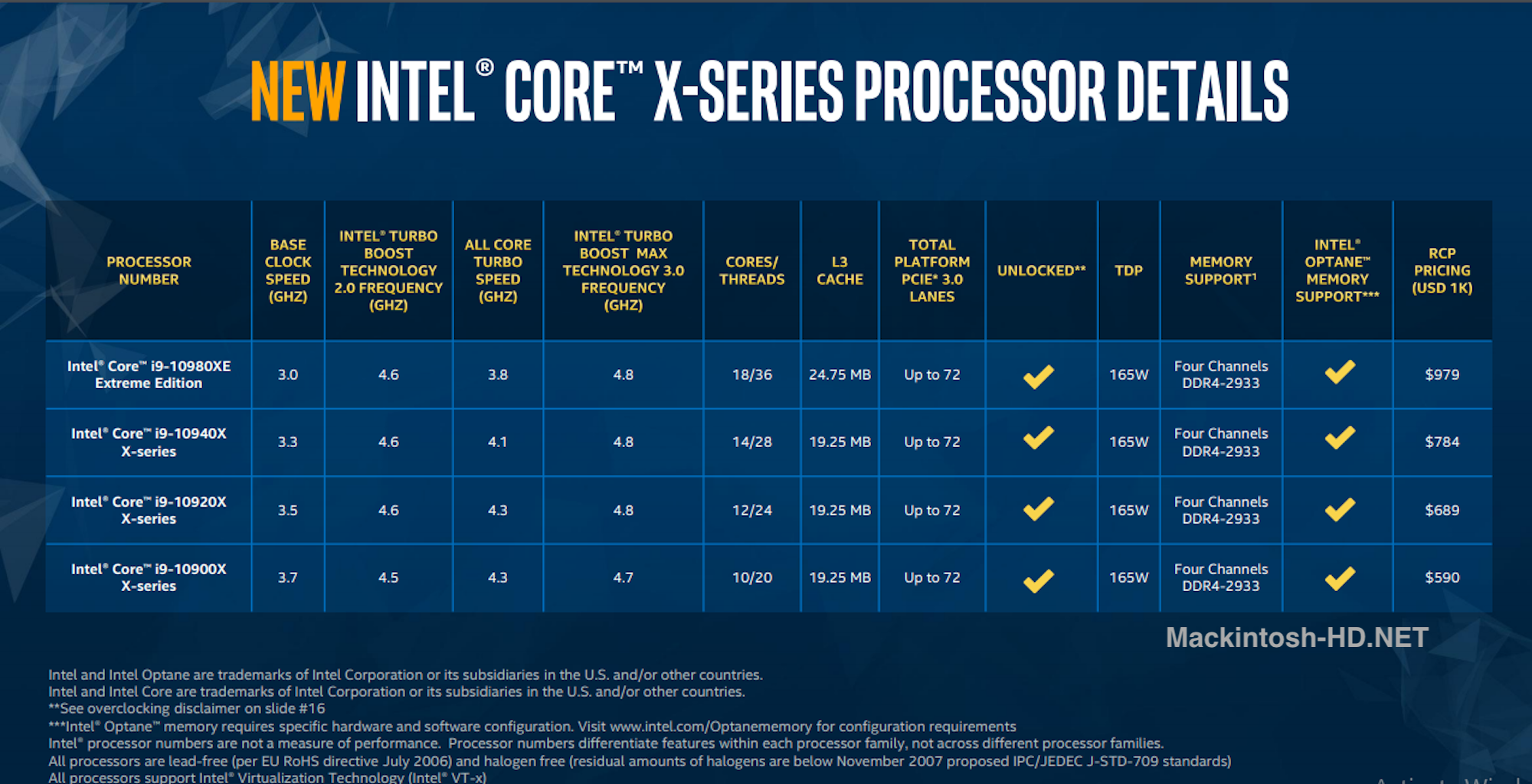 Presented the other day, the Cascade Lake-X processors did not bring almost anything new relative to their predecessors, but they became half as much. In particular, the top-end 18-core Core i9-10980XE costs $ 1,000, while the Core i9-9980XE was priced at almost $ 2,000.

It is clearly not worth changing the Core i9-9980XE to the Core i9-10980XE, but for new customers, new prices are, of course, a gift from Intel. And also, apparently, the gift will be overclocking potential.

According to Intel itself, the 18-core Core i9-10980XE is capable of operating at 5.1 GHz for all cores, and this is when using “standard” liquid cooling. This is an impressive indicator, although there are some doubts regarding the ability of an ordinary dropsy to cope with such a CPU at such frequencies.

However, new items will appear on sale in November, after which we will clearly see many results of various overclockers. It is possible that some copies will get to enthusiasts before the start of sales.