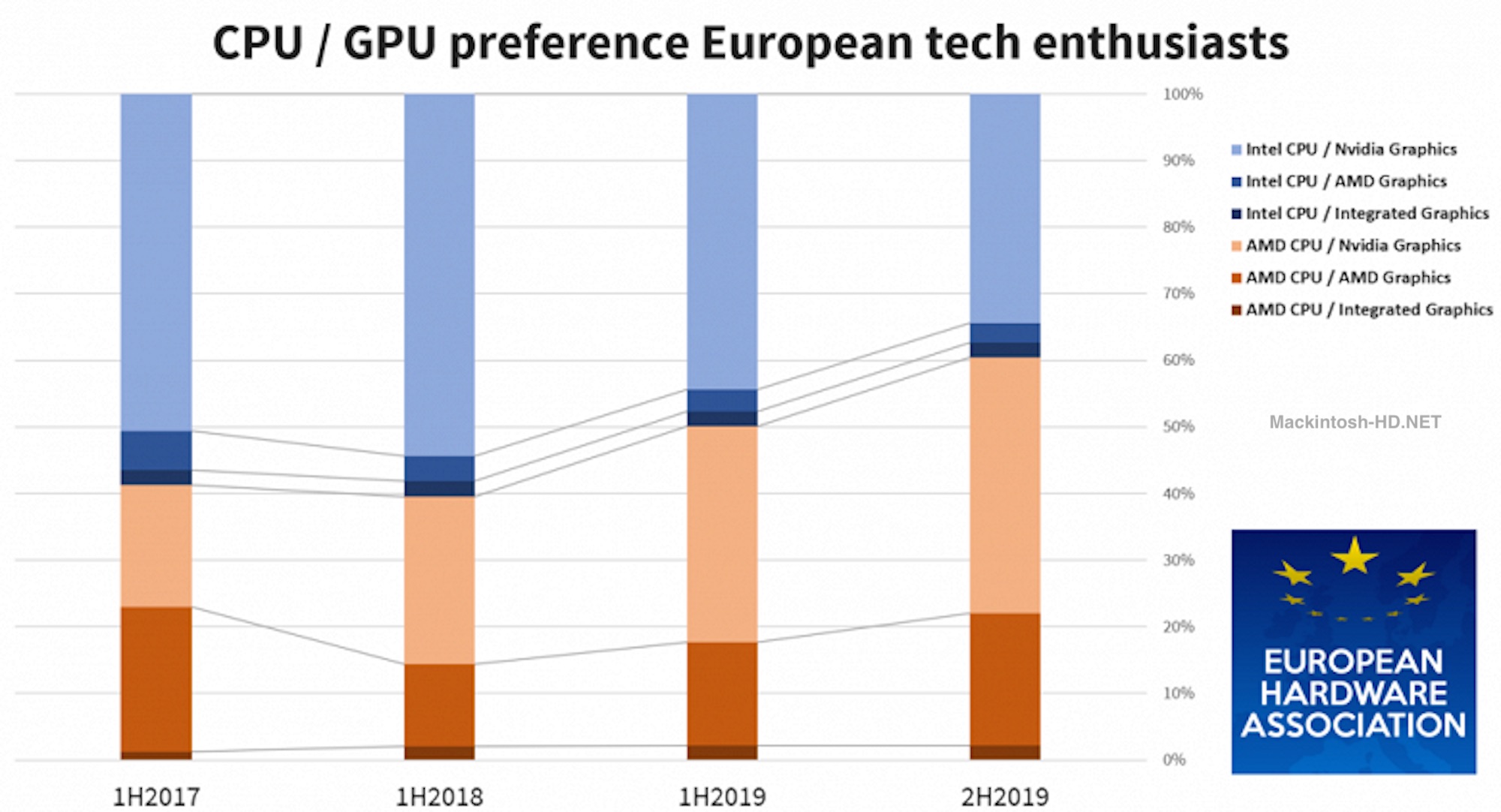 Statistics of sales of processors in various European stores gives a good idea of ​​the preferences of Europeans – recently, the pendulum has seriously swung towards AMD solutions. A new study published by the European Hardware Association (EHA) confirms store statistics: Europeans now prefer AMD CPUs, Intel processors in the background.

First of all, it should be noted that over 10,000 respondents took part in the EHA survey, so that the mood of the people was conveyed quite clearly. As it turned out, more than 60% of respondents prefer AMD processors. Although in the first half of 2018, the distribution of shares was different: then only 40% of respondents spoke in favor of AMD. In the second half of 2018, the “red” and “blue” divided the market in half, and now, six months later, AMD CPUs gained another 10% in user preferences. The gap between AMD and Intel 1.5 times makes it clear that the processors of the latter are much less interesting to European users.

Along the way, it is noted that in most cases, assemblies based on AMD processors are supplemented by Nvidia graphics accelerators (to a greater extent) and AMD GPUs (to a lesser extent). But assemblies with Intel CPUs and AMD GPUs are rare, such components are combined in only 2.9% of cases. For the most part, Intel CPU users come with Nvidia 3D cards.