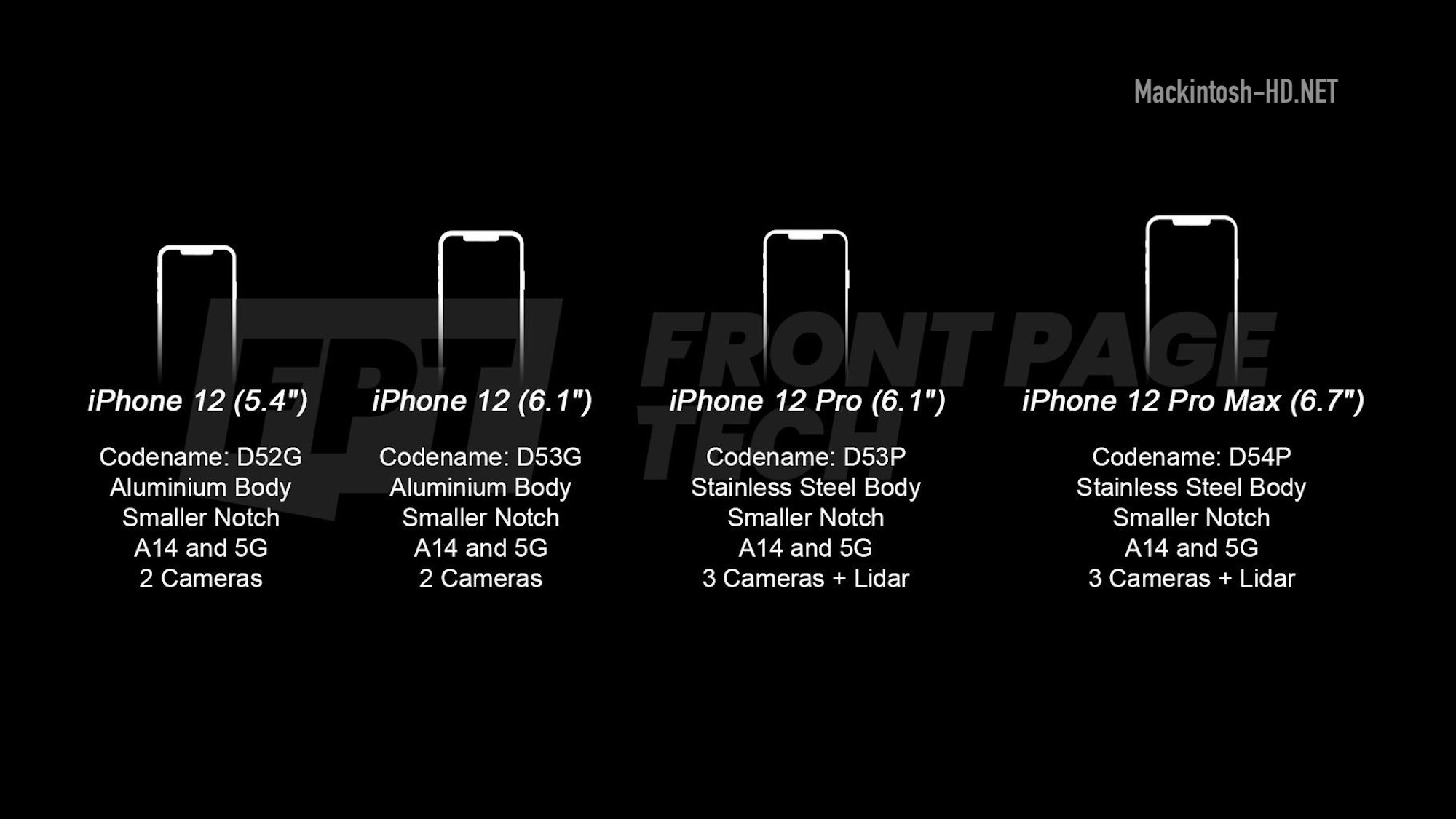 Apple has almost completed prototyping the iPhone 12 series of smartphones. An insider says the final specs are pretty much the same as what Ming-Chi Kuo said last year. In addition, the source says that in the next month or two we can expect the appearance of renders based on leaked drawings on the Web.

As for the main nuances, they are listed in the image below.

As you can see, there are already four models waiting for us – Apple is gradually expanding the range, losing some of its unique features. However, at least in terms of size, the assortment will be expanded very competently: we will get both the compact iPhone 12 model with a small screen by modern standards, and the large iPhone 12 Pro Max for those who can no longer have large displays.

There is no data on the price, but it will be interesting to see how exactly Apple will evaluate the new products. It can be assumed that the iPhone 12 Pro and 12 Pro Max at prices will either be identical to the current flagships, or at least more expensive. But whether it is worth counting on the fact that the smaller iPhone 12 will be cheaper than the iPhone 11 is not yet clear.