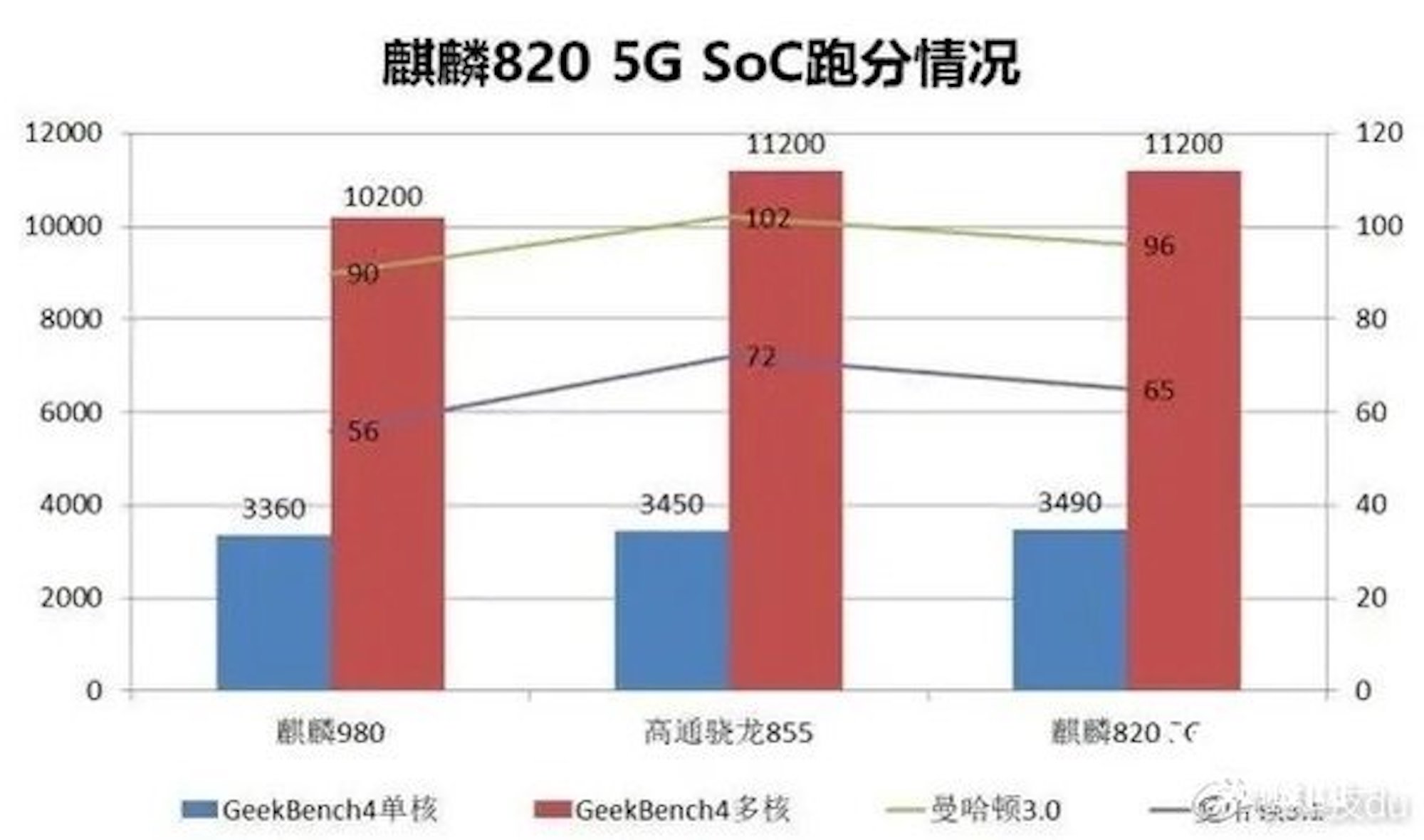 Chinese sources have published the first test results of the new single-chip system Huawei Kirin 820, which has not yet been officially announced.

The new mobile platform has been tested in the popular Geekbench test application. In single-threaded mode, an unknown smartphone equipped with Kirin 820 scored 3490 points, and when using all the cores, the result was 11,200 points. Thus, the Kirin 820 surpassed not only the Kirin 980, but also the last year’s flagship mobile platform Qualcomm Snapdragon 855.

The source claims that the Kirin 820 single-chip system was built using a 7-nanometer process; it received a completely new neural processor and image processor. The performance of the GPU was also noticeably improved. Do not forget about the support of fifth-generation networks.

Last week, Honor officially announced that the Honor 30S smartphone, which is built on the basis of the single-chip Huawei Kirin 820 system, will be presented on March 30.