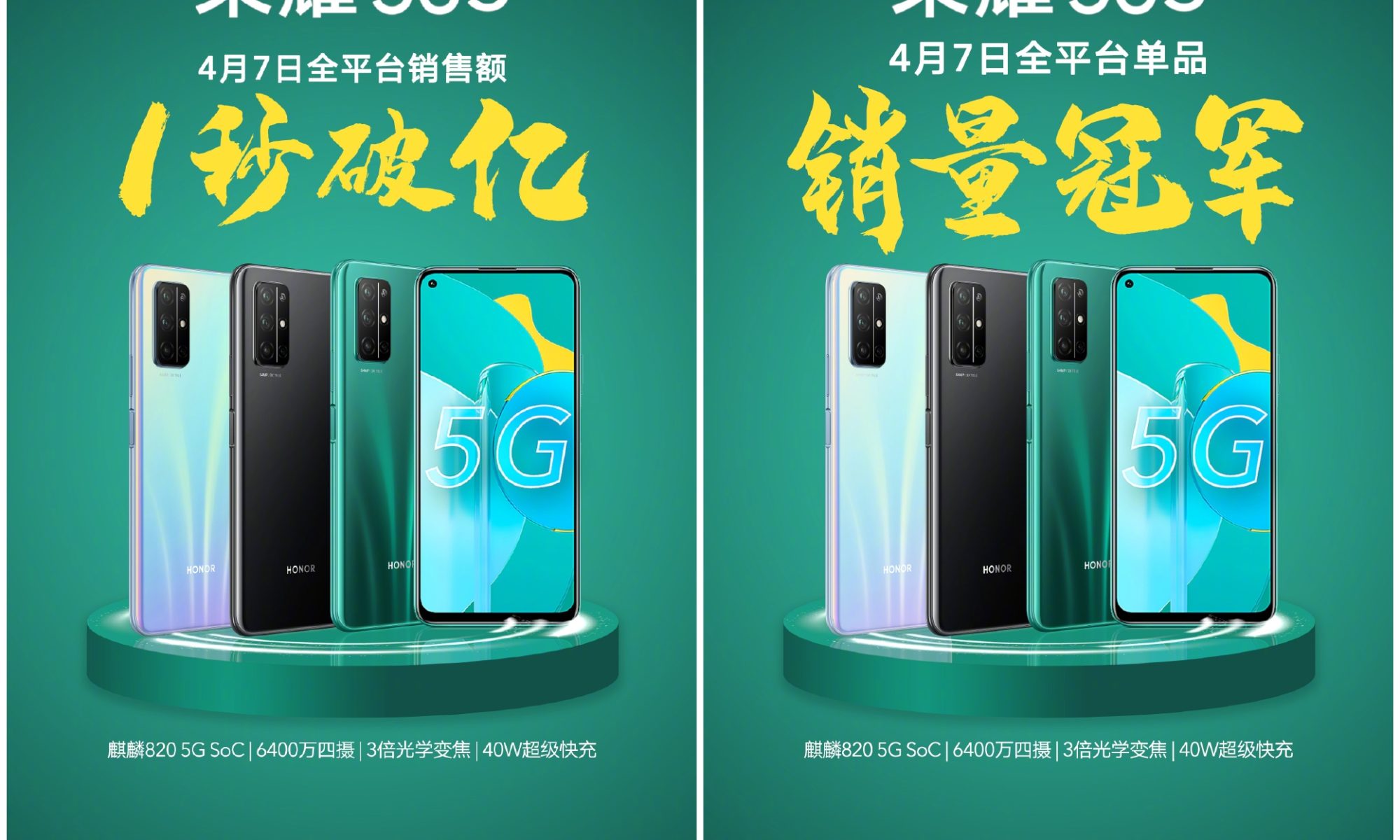 According to officially published data, the Honor 30S was incredibly popular. Smartphones worth $ 14.4 million were sold in 1 second. The Honor 30S has become the best-selling smartphone on several popular sites, including Jingdong.

Zhao Ming, president of Honor, announced through Weibo, the Chinese microblogging platform, that the smartphone is very popular. He exceeded all Honor expectations and set several records at once.

Recall, the Honor 30S smartphone is based on the Kirin 820 single-chip system, it received a 6.5-inch screen, which is characterized by HDR10 + support, a 4000 mAh battery, support for fast charging with a power of 40 W, as well as a 64 MP quad camera.