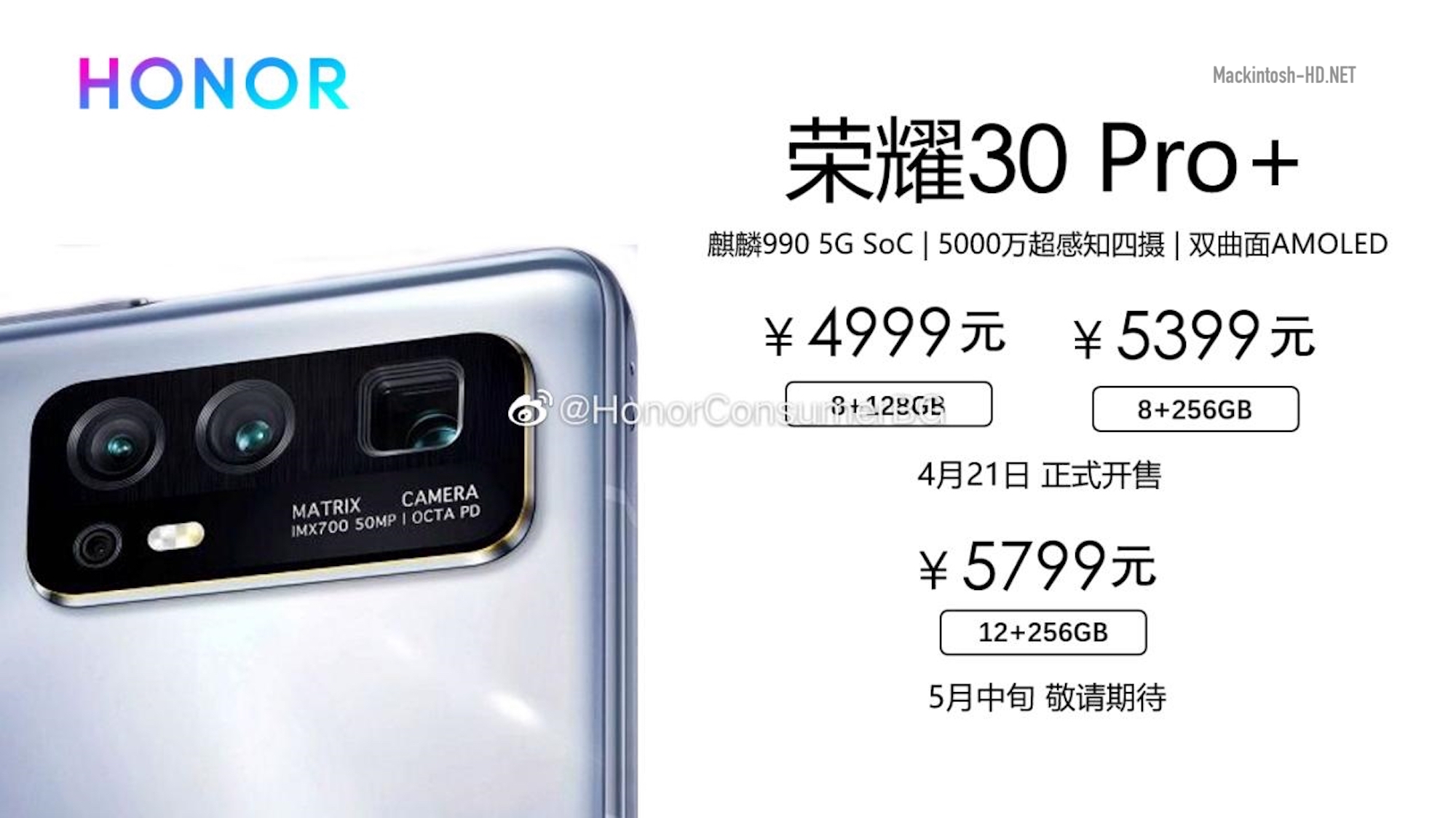 As we know, the day after tomorrow will be presented the new flagship smartphones Honor. The latest data indicate that there will be three models: Honor 30, 30 Pro and 30 Pro +, and supposedly even the youngest should please with an impressive camera and stereo speakers.

And what about the price? We do not have data on younger models yet, but information about the top one has appeared. Judging by the advertising poster, she will receive a 90-hertz AMOLED display and a 50-megapixel camera. According to the source, in China for Honor 30 Pro + they will ask from 710 to 822 dollars. Versions with 8 or 12 GB of RAM and with 128 or 256 GB of flash memory will be available. Given that we are talking about the home market for the company, the prices are impressive. For example, the same basic Huawei P40 Pro there costs $ 850, that is, it is only $ 140 more expensive than the basic Honor 30 Pro +. And the Huawei P40 in China costs $ 590, which is significantly cheaper than the top Honor. However, we are still talking about the oldest version.