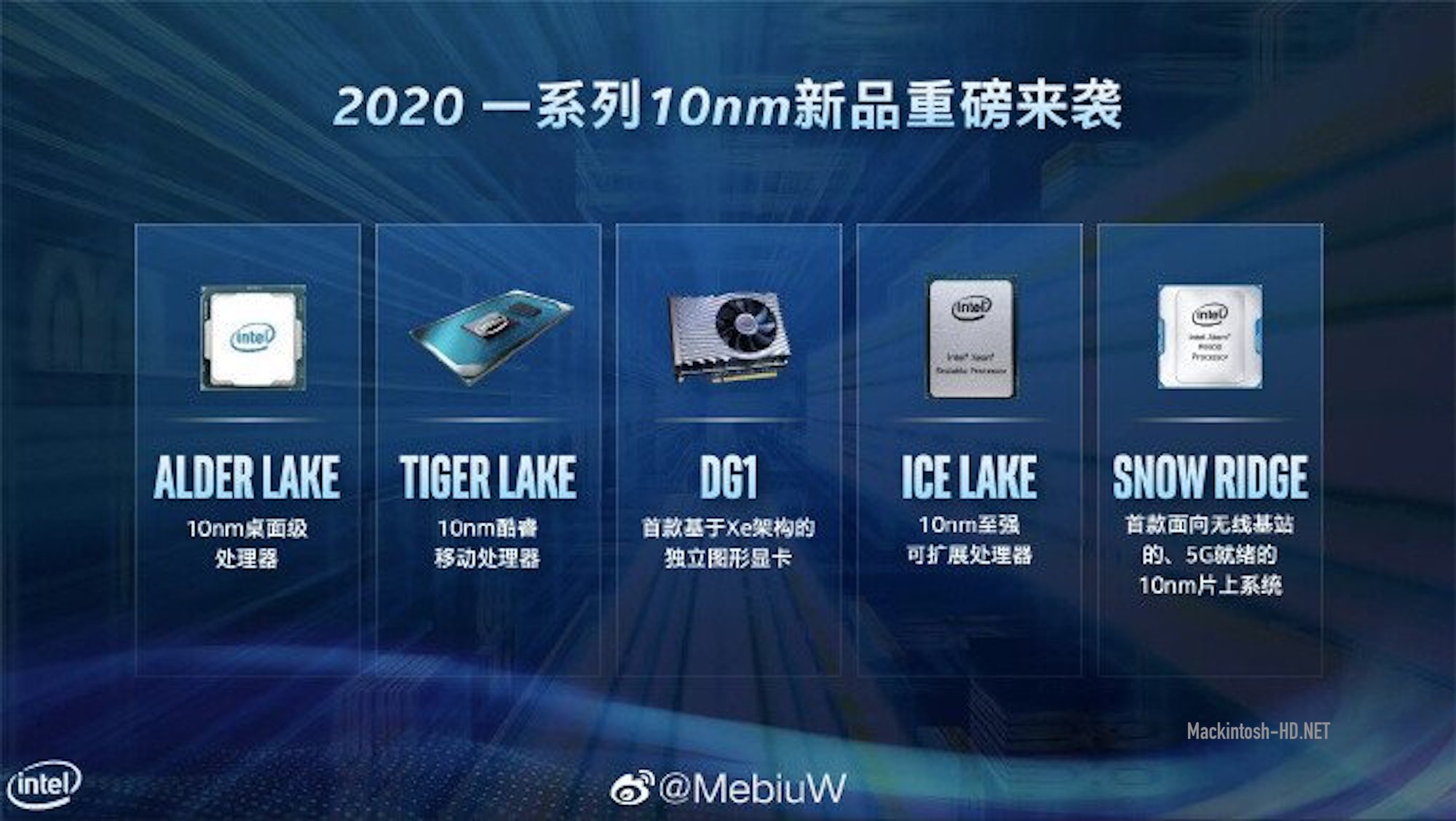 Intel seems to be very surprised this year. To begin with, we recall what products of the company we should get this year, if we focus on official statements and documents of Intel itself.

We are definitely waiting for the desktop Comet Lake, mobile 10-nanometer Tiger Lake processors and Intel Xe video cards both in the form of discrete adapters and in the form of iGPU. Also, rumors say that at the very end of the year Intel may introduce Rocket Lake desktop CPUs that retain the 14-nanometer process technology, but will use the new architecture (like Tiger Lake) and the new Xe GPUs. But such CPUs may come out next year.

However, today allegedly official Intel slides, which have one curious nuance, got on the Network.

As you can see, Intel’s alleged plans for the current year are 10-nanometer Alder Lake processors. And these are desktop processors. Recall that leaks indicate that these CPUs will please not only the long-awaited 10-nanometer process technology in the desktop segment, but also an unusual configuration, including both “large” and “small” cores. There is nothing unique here – the Lakefield processor is the same, but it has only one large core, it is focused on the mobile segment, and indeed has not yet entered the market. And here we are supposedly promised more complex and interesting processors for the desktop segment and also until the end of the year.

So far it looks extremely fantastic. If only because Intel clearly should have promised us a long 10-nanometer desktop processors, at least roughly specifying the timeline, but the company still has not done so. In addition, Alder Lake, according to previous leaks, will use the new socket – LGA 1700. And Intel is unlikely to bring the LGA 1200 Comet Lake-S to us later this year to bring another completely new socket to the market.

Thus, while it looks like either a fake, although it can also be quite old slides. However, we cannot exclude the possibility that Intel is still preparing a big surprise for all of us.