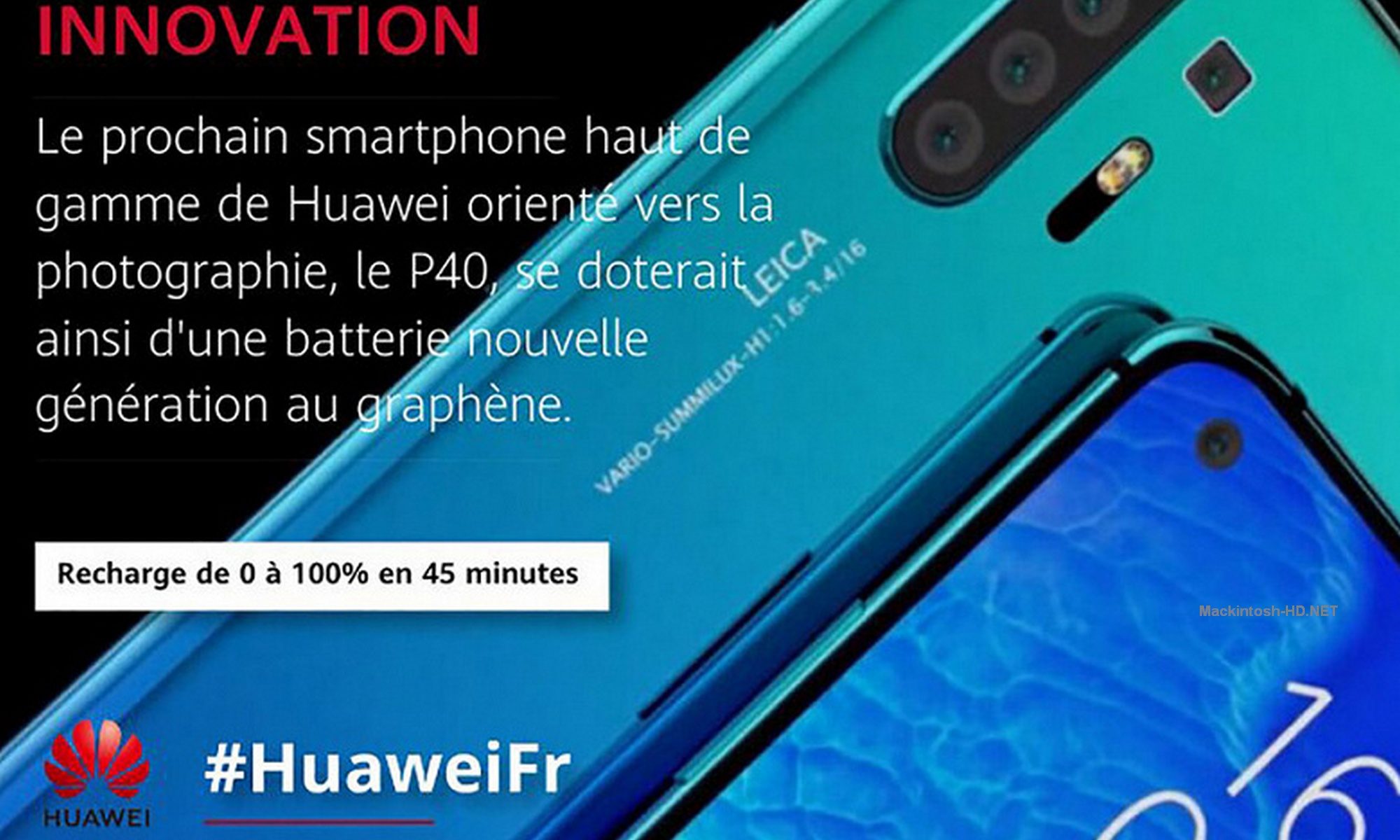 This was reported by a reputable informant.
Yesterday, an “official” confirmation appeared on the network that the brand-new battery technology, graphene, will be used in the spring flagship smartphone Huawei P40 Pro.

However, an authoritative network informant IceUniverse has denied this message. The source noted that such a technology is currently “impossible.”

The source of the “official” message was the Huawei France page on Twitter. The illustration also provided the ability to fully charge from 0 to 100% in just 45 minutes. With a more thorough analysis, you will notice that a fan render is used as an illustration. You can also make sure that there is no such tweet on the page of Huawei France.