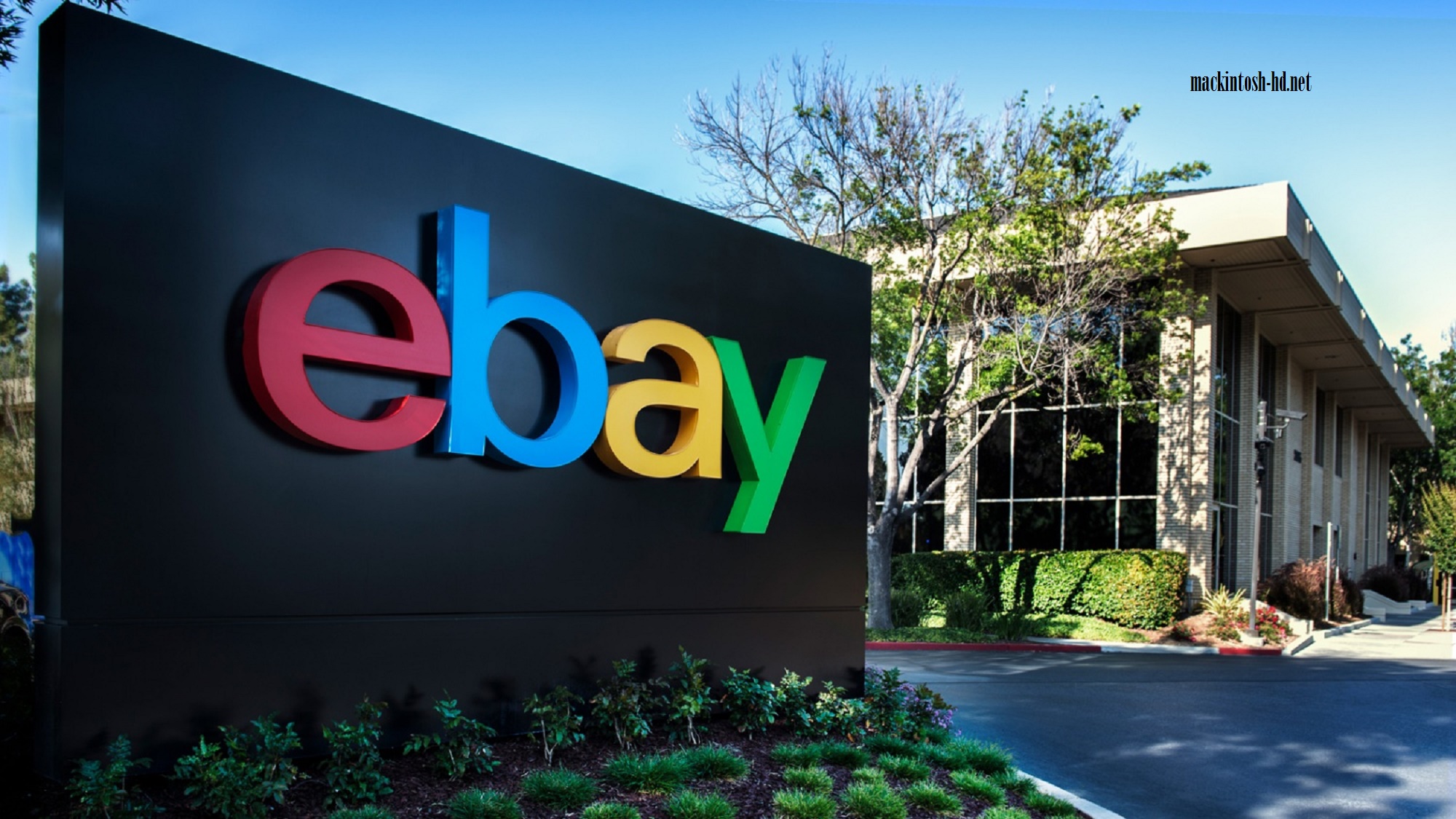 Six former eBay employees became involved in a strange trial. They are accused of persecuting a married couple of bloggers from the city of Natick, Massachusetts. The auction employees literally terrorized the spouses who published unflattering articles about eBay, sending them live cockroaches and funeral wreaths, sending threatening messages, and even planned to put a beacon on their car.

Accusations
The U.S. Department of Justice said two ex-executives of eBay were arrested earlier this week: 45-year-old James Baugh (former senior security and safety director of eBay) and 48-year-old David Harville, former director of eBay on global sustainability). Both were charged with conspiracy to commit cyber stalking and conspiracy to put pressure on witnesses.

Also in this case appear four more former employees of the auction. They were not taken into custody, but similar charges were brought against them: Stephanie Popp (former senior manager of eBay), Stephanie Stockwell (former manager of Global Intelligence Center eBay), Veronica Zia (former contractor of eBay, who worked as an analyst at Global Intelligence Center) and Brian Gilbert (former senior operations operations manager for the Global Security Team).

Each of the charges entails imprisonment of up to five years, as well as a fine of up to $ 250,000 and damages.

In fact, all these people are accused of persecuting a middle-aged couple from the city of Natick in Massachusetts. The fact is that the spouses, whose names were not disclosed, had their own blog dedicated to e-commerce and online shopping, where they sometimes criticized eBay.

Stalking and threats
The Wired edition compiled a chronicle of the incident, drawing on information from court documents and other open sources. The result was a frightening and surrealistic picture.

It all started last summer when one of the eBay executives wrote a series of text messages to James Baugh, who was then still senior security director. “If we are going to destroy it at all … now is the time,” reads one of these messages. In another message, the manager emphasizes: “I want her to be DONE.” In response, Baugh assured him that he already had a plan that was put into effect after this conversation.

Soon a series of meetings took place at the company, at which it was decided that it was necessary at all costs to force the spouses from Massachusetts to stop publishing negative articles about eBay, as well as to find out the identity of one especially noticeable and zealous commentator.

According to an anonymous witness, at one of these meetings, Baugh showed the team a video from the movie “Johnny, be good,” in which prankers sent absurd and undesirable things to people with home delivery. Baugh suggested using the same tactics and brainstorming: eBay employees decided what to send to spouses from Massachusetts to scare and demoralize them.

Along with this, it was decided to launch a campaign on social networks: eBay representatives sent anonymous tweets and personal messages to the couple, pretending to be angry sellers with eBay, and also took responsibility for the terrible parcels that the couple soon began to receive. Also, auction employees leaked the victims’ home address in open access.

In the end, eBay employees planned to intervene and offer the spouses help (using the former Santa Clara police captain): contact the victims with a proposal to help stop the persecution, stop the persecution. In court papers, this is called the White Knight strategy. That is, in the end it was planned to improve the reputation of eBay, stop negative publications, as well as force the victims to determine who was hiding behind the account of the mentioned “problem” commentator.

The stalking and bullying campaign kicked off in August 2019. So, on August 7, a recorded Tui_Elei entry appeared on Twitter, allegedly created by one of the respondents. From this account, female victims began to receive messages asking them what her problem was with eBay. When she did not answer, messages continued to arrive, becoming more and more rude. The very next evening, the victim discovered that someone had used her email to sign up for dozens of various mailings.

On August 10, 2019, parcels began to arrive to the spouses. The first alarm was an email confirming the “canned pig embryo” order, which was supposed to be delivered to the victims ’home (the order was later canceled after a request from the seller.) On the same day, Amazon delivered the couple a Halloween mask in the form of a bloodied pig face. Just fourteen minutes later, Tui_Elei sent another message to the victim, saying: “NOW I got your attention ????”.

On August 12-15, parcels continued to arrive. So, the couple received a funeral wreath, a book on how to survive the loss of a spouse, a box with live cockroaches, as well as a fake message saying that the franchise of sex toys Adam & Eve was opened in their name. From the Tui_Elei account, meanwhile, insults continued to pour in.

According to investigators, after that, eBay employees turned to personal observation. Hiding behind a trip to a developer conference, they flew to Boston, checked into the Ritz Carlton Hotel and drove to Natick, intending to install a GPS tracker on the Rav4 of a married couple. According to the prosecutor, they previously trained on a similar model of cars in the parking lot eBay.

Since the car was locked in a garage, the next day, David Harville purchased tools (including a screwdriver and mount) and rubber gloves. The prosecution believes that all this was needed for him to break into and enter the victims’ garage.

On August 16, members of the eBay team watched the couple chasing spouses on a rented Dodge Caravan. At the same time, they listened to the frequencies of the local police, and when the victims noticed that they were being followed and reported, the persecution stopped. According to court documents, that evening the three accused sat well in a Boston restaurant, planning what else could be sent to bloggers. Options included chainsaws, human feces, and a dead rat. In the middle of the night, they called plumbing to the victims home.

Surveillance and persecution continued later. So, in the following days, on behalf of the couple, a number of announcements were posted on the network, including about selling a house and an invitation for swingers and singles after 10 pm to come to their spouses home, “knock and call at any time of the day or night.” Tui_Elei wrote at the time: “You received my gifts, c * nt !! ??”.

Shortly thereafter, the victims finally managed to block Tui_Elei’s Twitter account (due to docking), but the deleted account was immediately replaced by new ones, which the prosecutor’s office also linked to eBay.

“These were the decisive, systematic efforts of senior employees of a large company aimed at destroying the life of a couple from Natik. And all due to the fact that they published content that the company management did not like, ”said Attorney Andrew Lelling at a press conference. “For some time, these efforts were successful, leading to the psychological destruction of the victims for several weeks, while they were desperate to find out what was happening and how to stop it.”

On August 21, two important events happened at once: an eBay employee made contact with the couple (the next step in the framework of the White Knight strategy), and Natika’s police tracked the license plate of the rented car used by stalkers.

When local police started making inquiries, eBay officials realized that the gift cards they had purchased to fund their campaign could be traced back to the city of Santa Clara, not far from eBay headquarters. Then they tried to launch an investigation on a false trail and create a fake suspect – a native of Samoa. But this lie did not have time to go far: on August 22, the police brought the FBI to the case, and on August 26, an own investigation of what was happening inside eBay began.

Effects
On August 30, 2019, an internal investigation began to bear fruit, and eBay management sent three employees on administrative leave. In an official statement eBay, published this week, it is reported that the company “fired all employees involved in the incident” in September 2019.

Interestingly, former eBay CEO Devin Wenig also left the company that month. Although his name does not appear in the lawsuit, eBay confirms that it is he who is indicated in court documents as “Executive 1”, that is, the person who gave the same order to “destroy her” (which was then transferred to Baugh by another leader, indicated in the papers as “Executive 2”).

The company also confirmed that Executive 2 is Steve Wymer, a former communications director, and what Bloomberg writes about. He was also fired from the company. But neither Wenig nor Wymer are charged with any crime.

“An internal investigation revealed that although Mr. Wenig’s reports were inappropriate, there is no evidence that he knew or authorized actions that would subsequently be directed at the blogger and her husband,” the eBay statement reads.

Also in its statement, eBay declares that it does not tolerate such behavior and apologizes to the victims, expressing regrets about what happened.