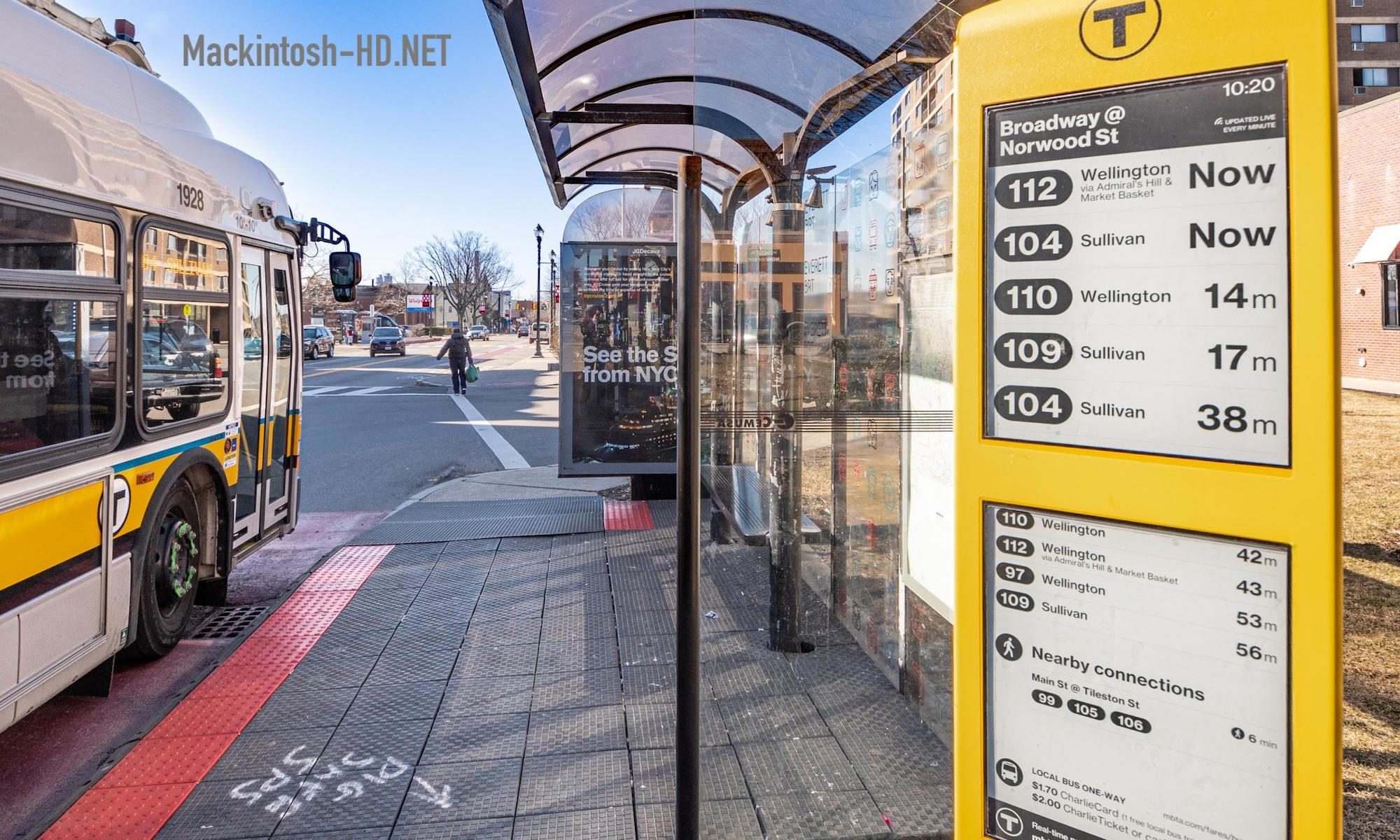 The company E Ink Holding, specializing in electrophoretic screens, recently announced the deployment of displays that use this technology, the transport office of the Massachusetts Bay (Massachusetts Bay Transit Authority or MBTA) – a major state-owned bus, subway, commuter rail and ferry systems in Boston and Massachusetts.

Previously, displays were installed at 10 stops of the so-called Green Line, and recently 18 more displays have been added to them in six municipalities throughout Boston. These screens, showing the predicted arrival time of buses, are interesting because they are powered by solar panels. This choice has become possible because E Ink screens only consume energy when changing images. The lack of need for external power allows you to install displays at any stops.

The manufacturer notes the versatility of displays – they can be used to display schedules and any messages, as well as their resistance to low and high temperatures.