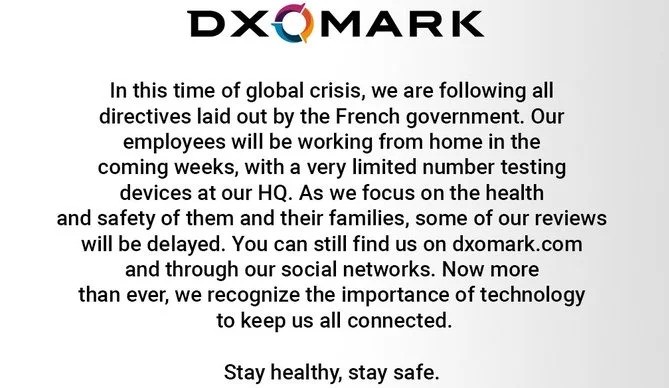 The French portal DxOMark, known for its camera reviews and testing the sound systems of smartphones, announced the upcoming delay in new reviews and a reduction in the number of current ones. The resource guide explained the reason for the incident on its Twitter blog.

It turned out that the laboratory staff had to comply with the 15-day quarantine during the coronavirus pandemic in accordance with the directive of the French government. A state of emergency in the country was declared due to the large number of cases. During this period, only a few tests of smartphones will be carried out, and most reviews will be postponed.

Thus, engineers who have switched to remote work from home will be able to return to full-fledged testing of gadgets, including shooting on the street, no earlier than in early April. Recall that now the first line of the rating of camera phones according to the DxOmark version is occupied by OPPO Find X2 Pro with a score of 124 points.