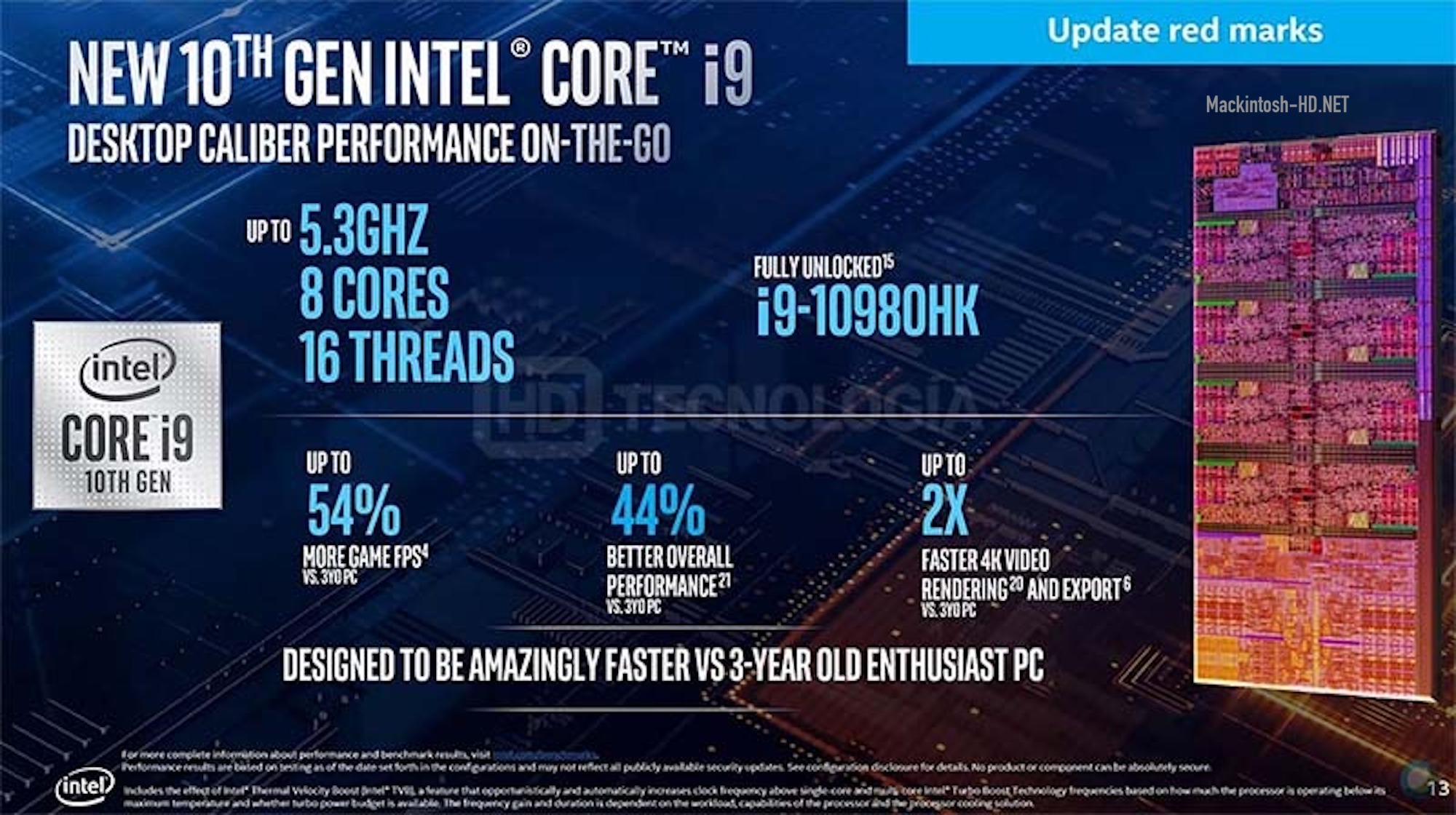 On the first days of April, Intel has planned a global presentation of a new generation of Intel Comet Lake-H mobile processors, the hallmark of which will be an increased operating frequency. Shortly before the announcement, insiders managed to gain access to key features and information about productivity growth.

Intel is preparing to introduce six new chips in the line of Core i5, Core i7 and Core i9 with a maximum number of cores and threads 8 and 16, respectively. The TDP level in all models is identical and amounts to 45 watts.

If you compare the new family of chips with the current Coffee Lake, you can see the average increase in clock frequency at the level of 300 – 500 MHz. The peak frequency in Turbo Boost mode for the Core i9-10980HK is 5.3 GHz. The main rival of the Intel Comet Lake-H line in the market of mobile processors will be the recently launched AMD Ryzen 4000 series, which bloggers have already dubbed the “most important red product.”