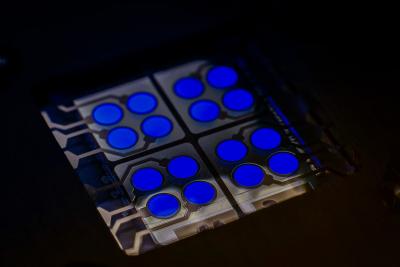 Cynora, an OLED maker, introduced its first commercial product, a fluorescent blue emitter based on an “advanced molecular design”. Allegedly, it is 15% more effective than analogues already available on the market. Cynora names its new material cyBlueBooster, clarifying that it is available for commercialization in several shades of blue.

According to the source, the achievement of Cynora is interesting in that it is not associated with the transition to next-generation emitters that use TADF or PHOLED technology. Cynora specialists have been able to find an easier way to reduce power consumption by 15% at the same brightness. Of course, it is expected that TADF or PHOLED emitters will reduce power consumption by 75% compared with currently used fluorescent emitters, but 15% within the existing technology is an impressive achievement.

By the way, Cynora continues to develop its TADF platform, which will include both blue and green emitters.