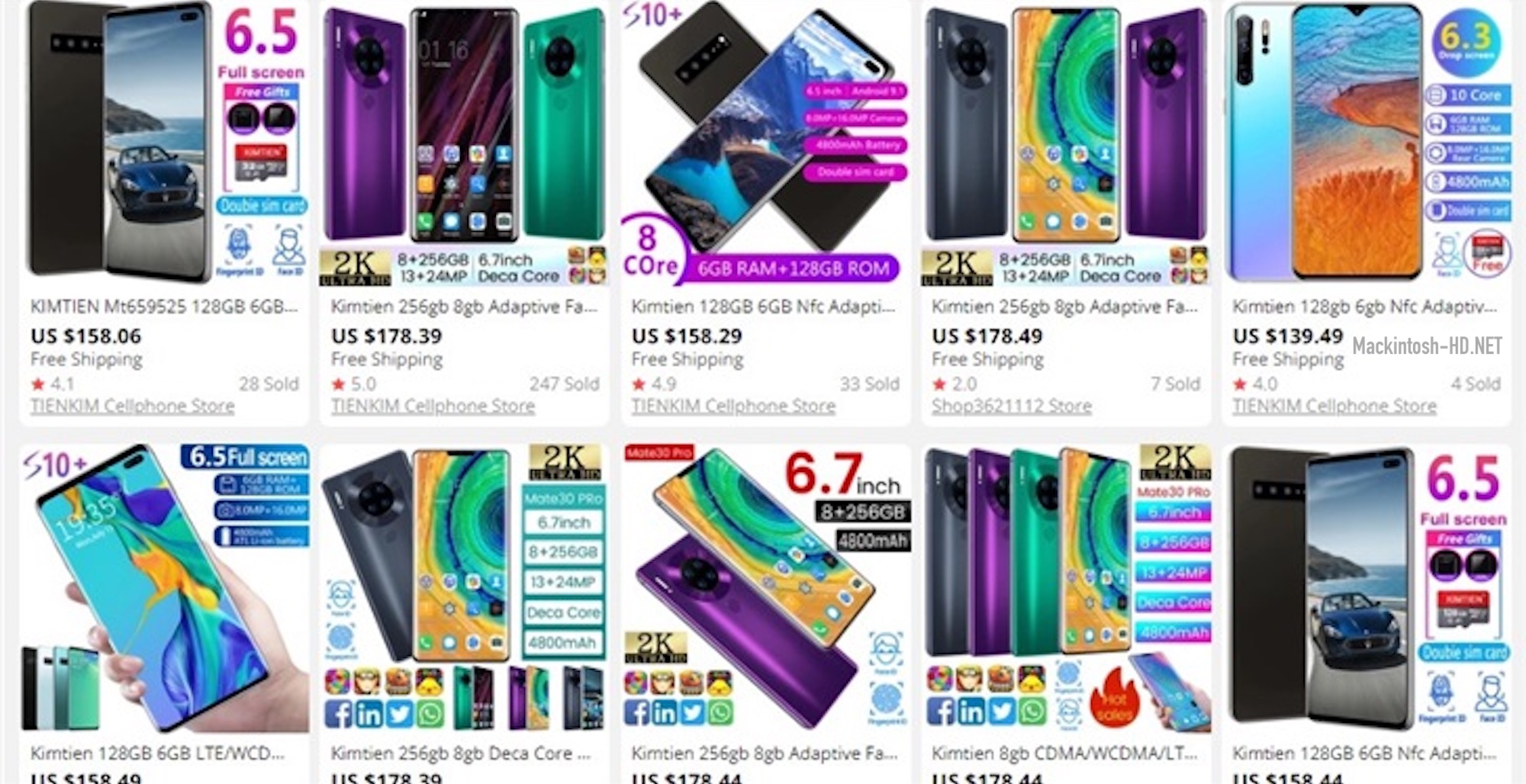 Chinese Kimtien releases “flagships” for next to nothing.
Chinese sources reported that the beloved Russians, and not only them, the online trading platform AliExpress were flooded with fakes for smartphones Samsung and Huawei.

Behind many of them is the Chinese brand Kimtien. One of the most striking examples of such fakes is a model called Kimtien Note 10+. The smartphone is a fairly accurate copy of the Samsung Galaxy Note10 + both in name and in appearance. At the same time, the price is about five times lower than the original – about $ 166.

Characteristics are: 6.8-inch screen, 13 and 23 megapixel cameras, SoC MediaTek instead of the flagship Exynos or Qualcomm, 8 GB of RAM and 128 GB of internal flash memory, a battery capacity of 4800 mAh. The smartphone also has a stylus.

Kimtien fakes are found not only under the top Samsung, but also Huawei, including the flagship series Huawei Mate 30.