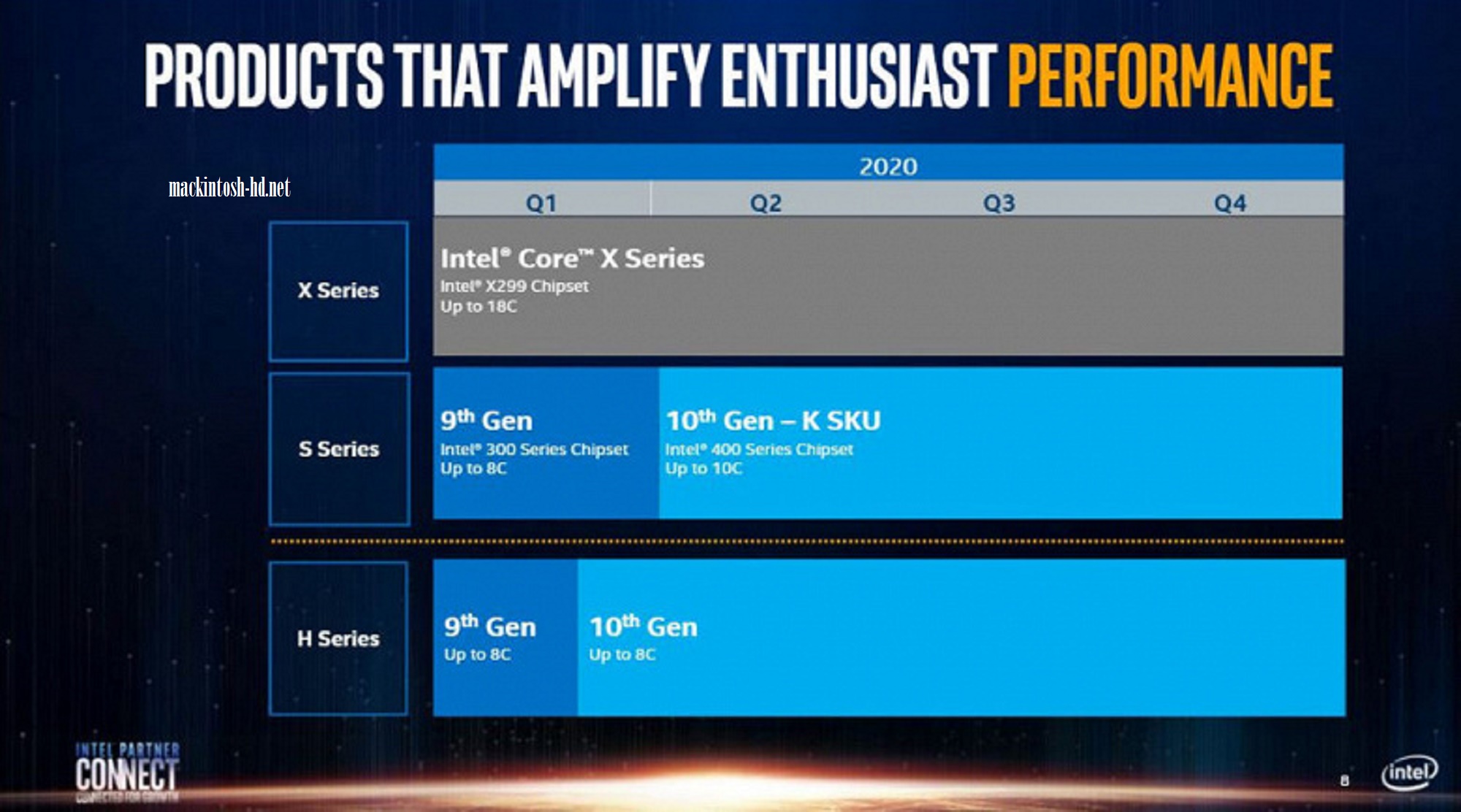 Yesterday, we met with the Intel roadmap, which indicated that in the next year and a half the company would release only one new line of NUC mini-PCs based on Tiger Lake processors.

Now we have a slide of the roadmap regarding the processors themselves. True, unfortunately, it is somewhat arbitrary – it does not indicate the CPU line, but generations and segments.

As you can see, no changes will occur in the HEDT processor segment this year. And this is quite expected, since the relatively new Core X came out not so long ago, and once again updating the same processors, trying to squeeze some more additional performance out of them, is hardly advisable. At the same time, to create a truly new Core X, Intel requires a new desktop architecture and a new process technology.

But relatively desktop situations are not so clear. If the roadmap is correct, this year we will not see Core 11 generation desktop processors. And this means that either the Rocket Lake-S line will belong to the 10th generation, or these CPUs simply will not be released this year. Both options are possible, but so far we are still hoping for the first.