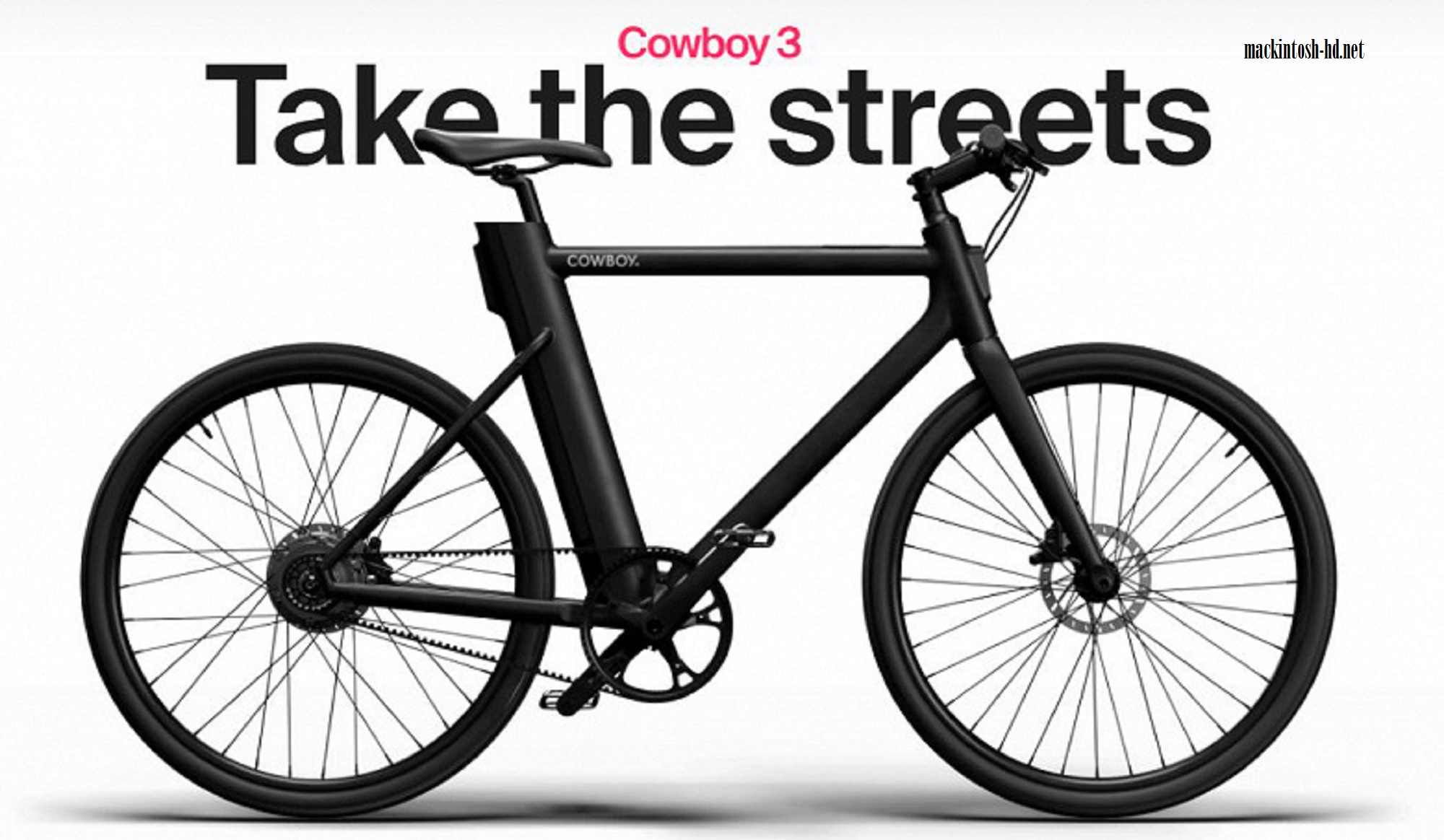 Brussels-based startup Cowboy introduced its first Cowboy electric bike last year, and now a new version of the model, Cowboy 3, has been released. The novelty has a number of interesting solutions, but the branded battery in the frame remains in place.

Actually, the company is very proud of the battery. And not so much with possibilities (mileage on a single charge of 70 km is unlikely to surprise anyone), but with the convenience of location and compactness. As the creators say, you notice a battery only when it needs to be charged. In addition, the mass of the battery is small – 2.4 kg. Despite the fact that the mass of the bike is 16.9 kg.

However, in Cowboy 3 something else is interesting. For example, a carbon fiber belt used instead of a chain. Its supplier is Gates, a well-known manufacturer of automotive drive belts, and its declared service life is 30,000 kilometers instead of 15,000 kilometers for the chain. By the way, there have been changes in the drive: a lower gear ratio makes it easier to climb a hill or a hill. The bike also received puncture-resistant tires and three color options: full black and gray with two color options. Other features of the bike include light fixtures and hydraulic disc brakes built into the frame.

In Cowboy 3, there is a so-called “accident sensor”: if it detects a fall, an emergency message will be sent to a predefined number through a proprietary application. About the same principle, a security function works, which should prevent theft. Cowboy 3 is now available for purchase. In the UK, the novelty is estimated at 1990 pounds (approximately 2,500 US dollars or 2,290 euros).