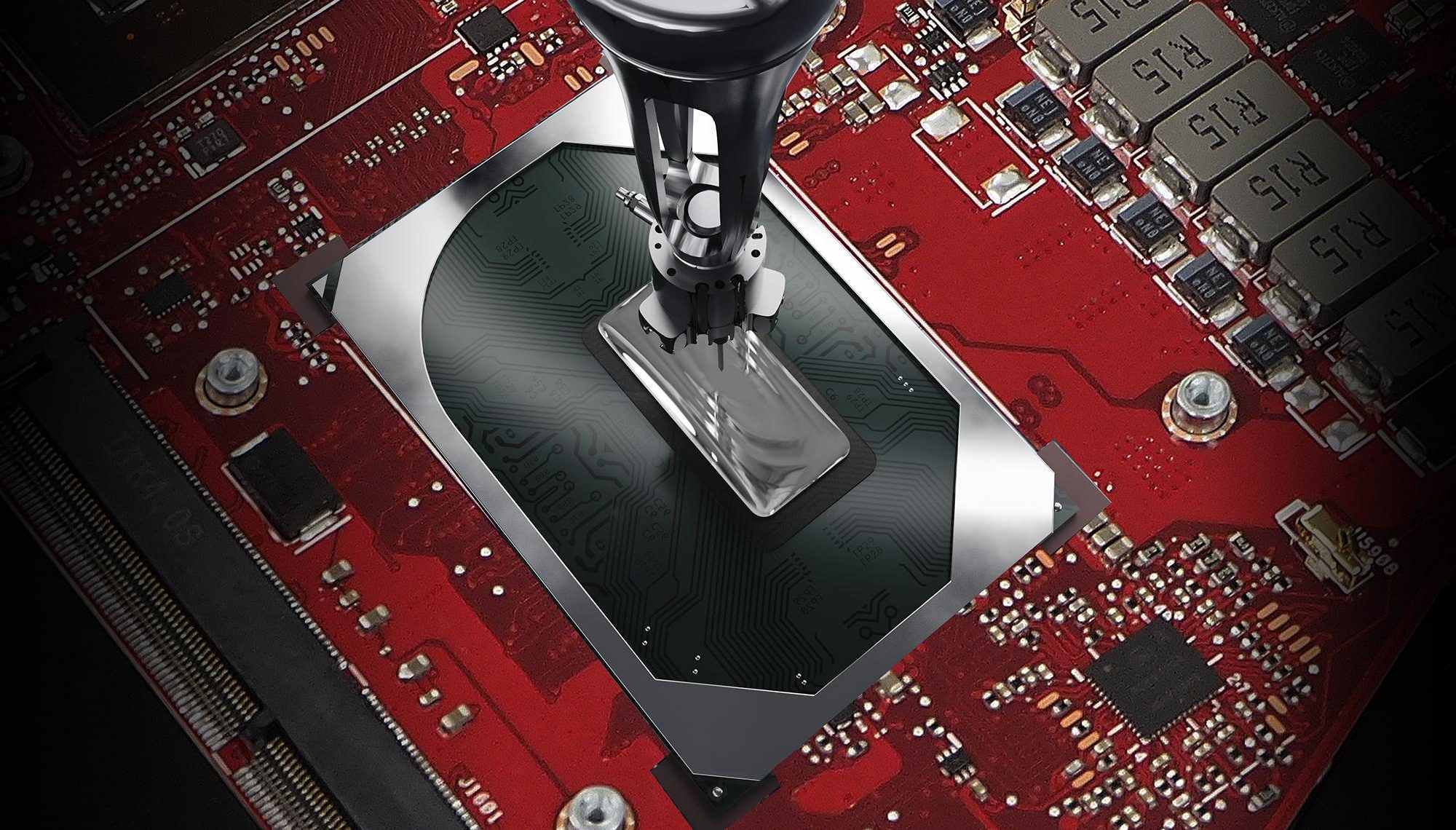 Asus Republic of Gamers (ROG) announced that it uses the Thermal Grizzly Conductonaut liquid metal thermal interface in new ROG gaming laptops equipped with 10th generation Intel Core processors, which can reduce the load on the cooling system and also significantly lower the temperature the processor.

The liquid metal layer between the processor and the heatsink perfectly removes heat from the chip. During laboratory tests, ROG experts recorded that the liquid metal thermal interface allows to reduce the operating temperature of various processor models by 10-20 ° C. This, in turn, allows the processor to operate at a higher frequency (which fans of overclocking will like), and the cooling system fan does not spin so fast, creating less noise. Such a laptop is faster and not so noisy.

The liquid metal thermal interface is used in ROG Strix and Zephyrus 2020 laptops.