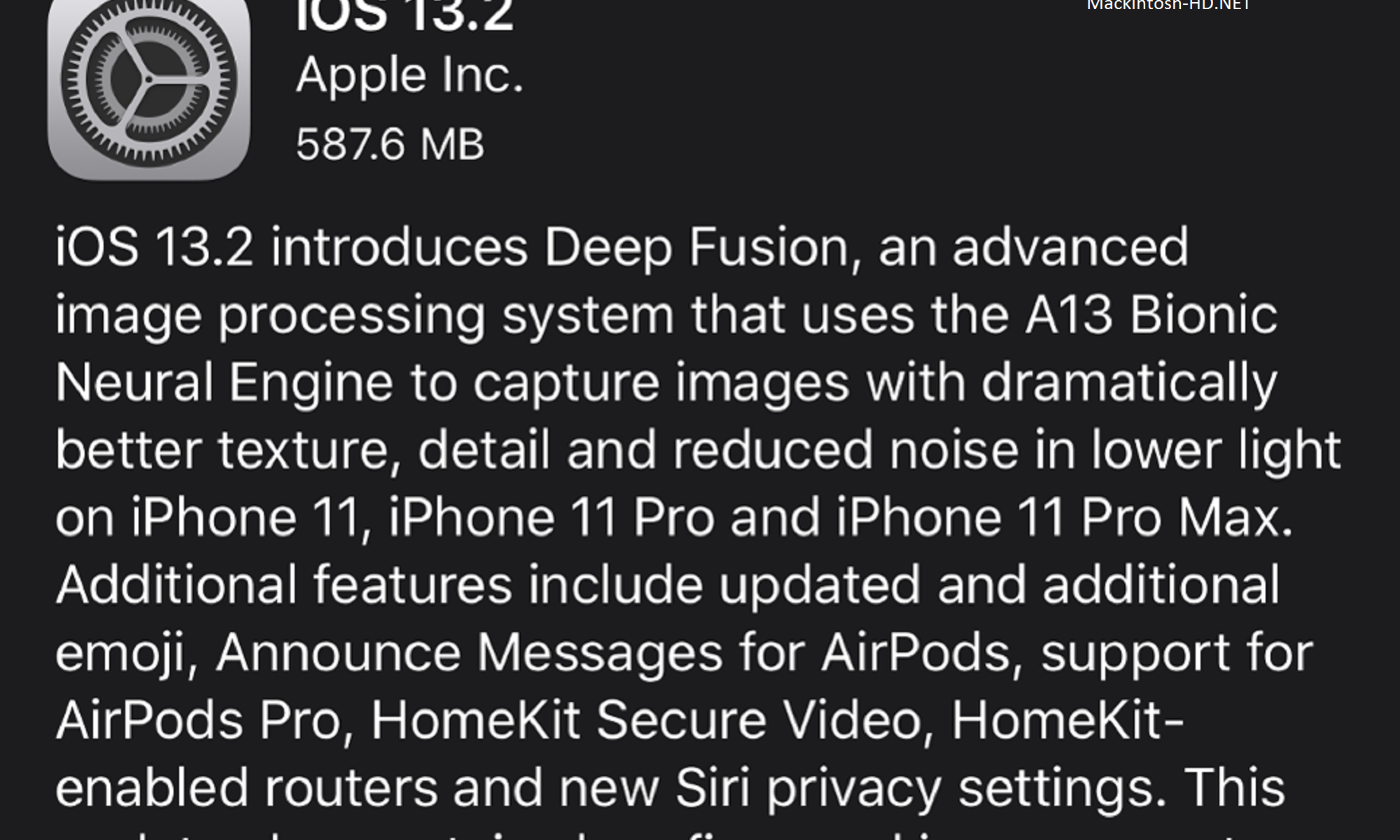 Apple has released an iOS 13.2 operating system update that adds many new features to the iPhone.

Support was added for the new AirPods Pro headphones, new Siri privacy settings, more than 70 new and updated emojis (even 230 taking into account different sexes and skin colors), and some other innovations. In addition, a long series of bugs and omissions discovered in iOS 13 since the release has been fixed.