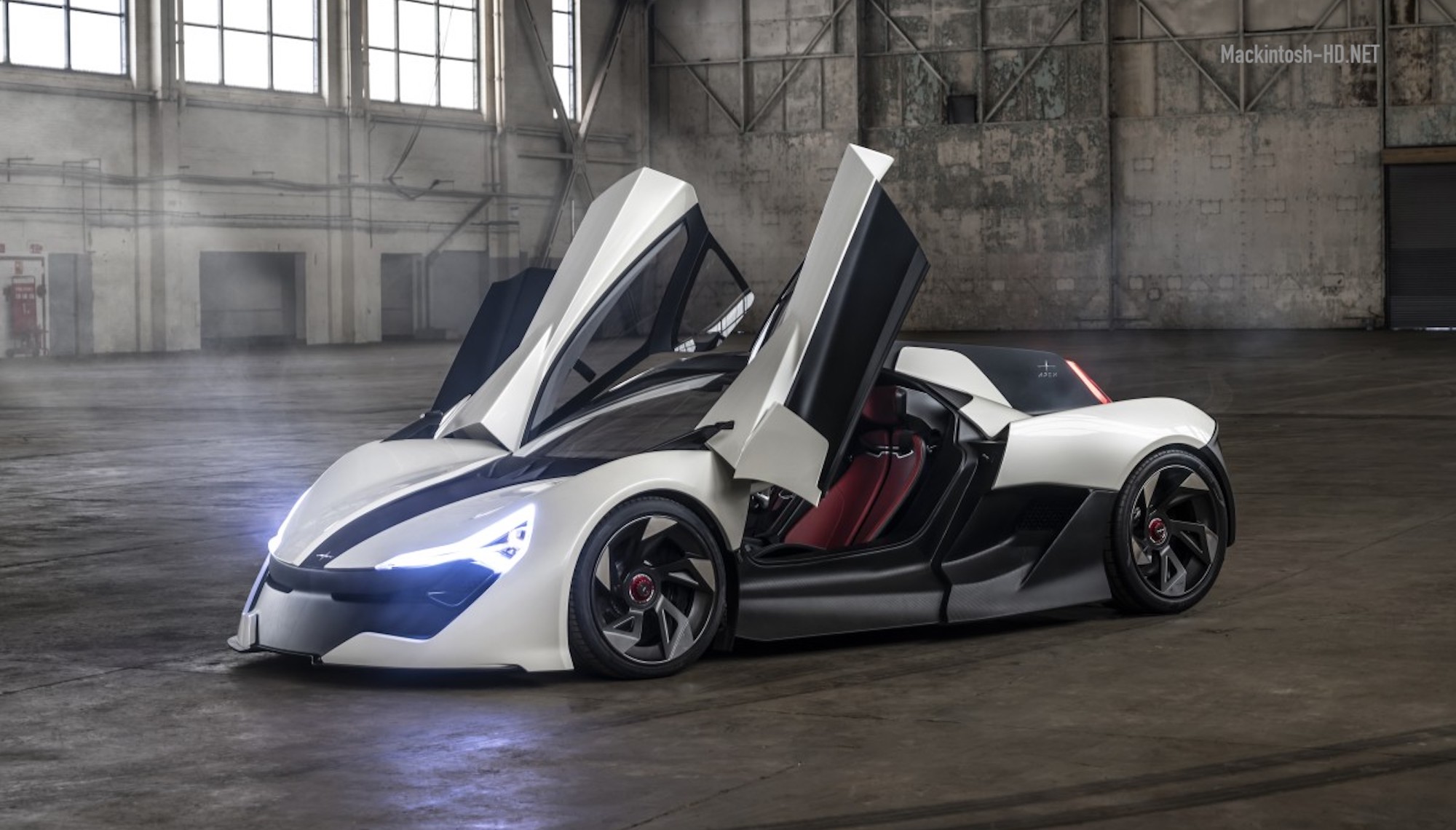 More and more manufacturers are switching to electric cars. It is especially interesting to watch supercars that boast an unusual design, high speed and power. One of these cars introduced the British Apex Motors, saying that the new electric car is able to accelerate from 0 to 100 kilometers per hour in just 2.3 seconds.

The Apex AP-0 received a futuristic design and a carbon-fiber body, thanks to which it was possible to reduce the weight of the car to 1200 kilograms along with bulky lithium batteries. The power of the latter is 90 kWh, which is enough for autonomous driving at a distance of up to 515 kilometers. The total engine power reaches 650 horsepower, this allows it to accelerate from 0 to 100 kilometers per hour in 2.3 seconds at a maximum speed of 306 km / h.

The manufacturer claims that the AP-0 is made in the style of “cyberdragon”, which in the first place should make it attractive to China. On the roof there is a full-fledged lidar disguised with an unusual aerodynamic fin. Brakes and suspension are made in the best traditions of racing supercars and are equipped with shock springs and shock absorbers. Also, the car received low-profile tires that hold the car on highways.

The new AP-0 boasts not only a futuristic design, but also an advanced interior. Inside there is a display with augmented reality, a lidar with an adaptive cruise control system, cameras capable of holding traffic on a selected lane, and much more. The manufacturer reports that the autonomous control system can take full control of the car both in the city and on the highway (level 4). Racing supercars copy the driver’s and passenger’s seat, which further enhances the driving experience.

The start of sales of the Apex AP-0 is scheduled for the fourth quarter of 2022 at a price of 185 thousand dollars.