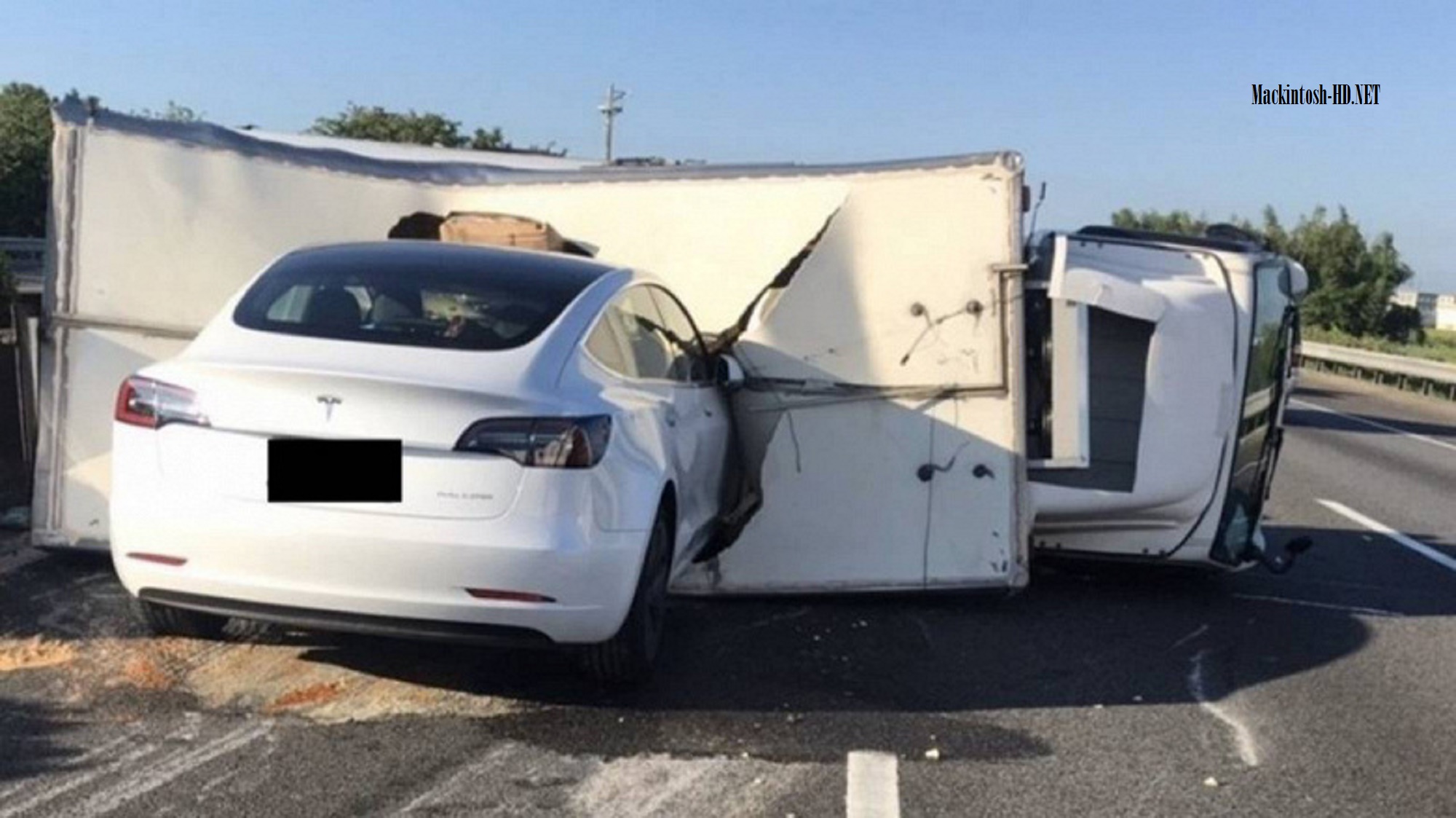 The autopilot system in Tesla cars is certainly impressive. If we talk about mass-produced consumer cars, none of the other manufacturers have anything like it.

However, the Tesla system is far from ideal. Yes, statistics show that autopilot in some aspects is even better than the average driver, but sometimes the AI is still wrong. And sometimes in completely banal situations. You can see one of these situations in Chiayi County (Taiwan) in the video below.

Tesla Model 3 did not even think about braking in front of a truck that rolled over on the road. As the driver himself said later, who, fortunately, remained alive, his car moved in autopilot mode at a speed of 110 km / h. At some point, he realized that the car was not going to slow down or go around an obstacle, and he himself applied the brake. However, it was too late, and the accident could not be avoided.

The source does not specify the condition of the driver, but it can be assumed that he got off quite easily. Firstly, he nevertheless clearly managed to pretty much extinguish the speed, and secondly, the blow fell on the roof of the truck body, which does not stand out with particular strength.