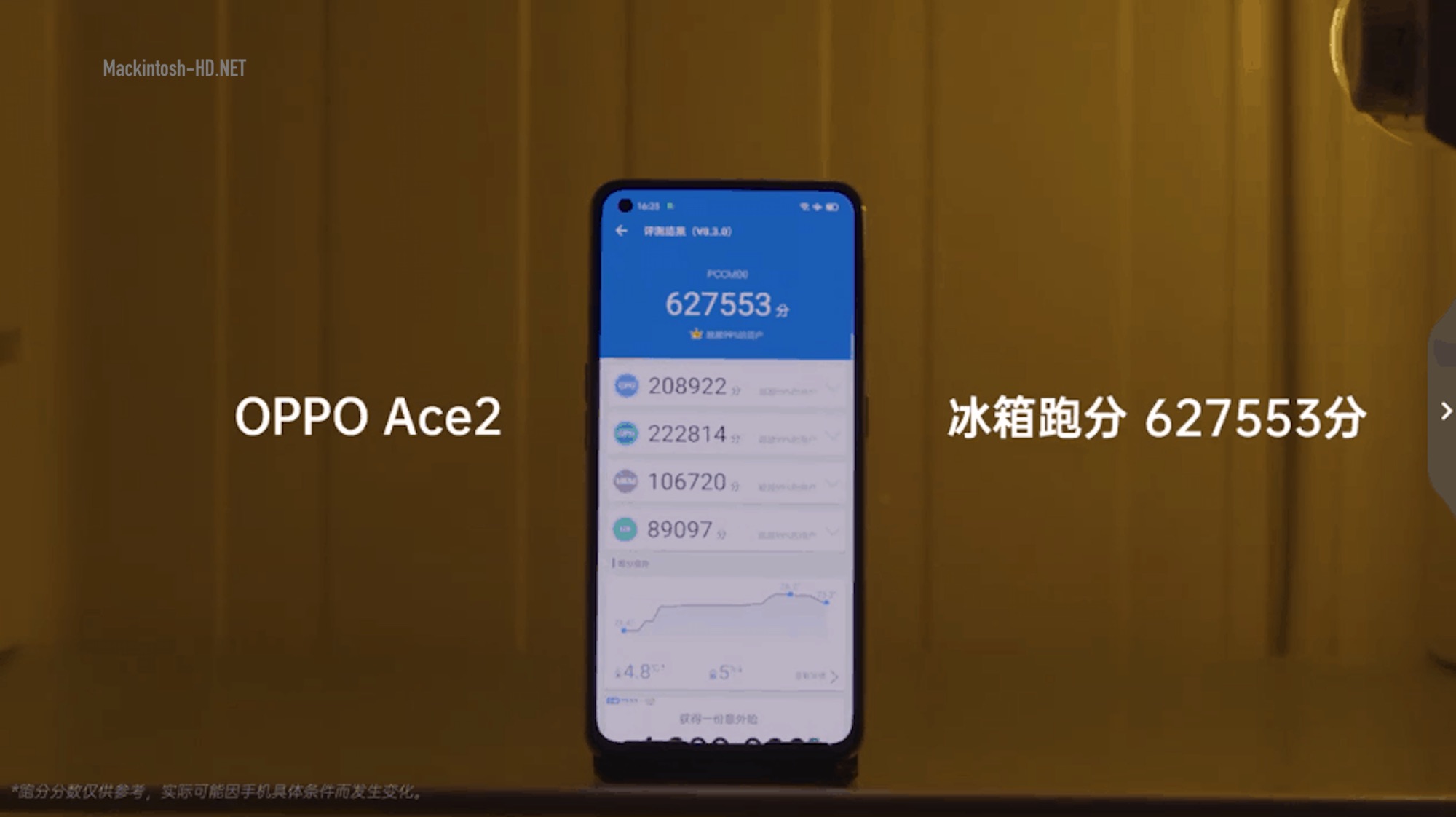 Oppo should present its flagship smartphone Oppo Ace 2 today. Last week, the alleged Oppo Ace 2 smartphone passed the mark of 560,000 points in the popular AnTuTu test application, but now it has become known that in fact Oppo Ace 2 is gaining 627553 points in AnTuTu.

The manufacturer has published an official video, which shows how initially Oppo Ace 2 scored 615,984 points. Then the smartphone was placed in the refrigerator, as a result, he was able to score 627 553 points. In the test of the central process, the phone scored 208922 points, while working with the GPU, the result was 222814 points. In the memory test, he scored 106720 points.

Oppo Ace 2 is equipped with a Qualcomm Snapdragon 865 single-chip system, a screen with an image refresh rate of 90 Hz, a refresh rate of the touch layer of 180 Hz, a 4D-cooling system, as well as a gaming vibration system 2.0. In addition, Oppo Ace 2 received full stereo speakers and support for Dolby Atmos technology. Users will have access to versions with 8 or 12 GB of RAM, 128 or 256 GB of flash memory. The smartphone will receive a quad camera with image sensors with a resolution of 48, 8, 2 and 2 megapixels.