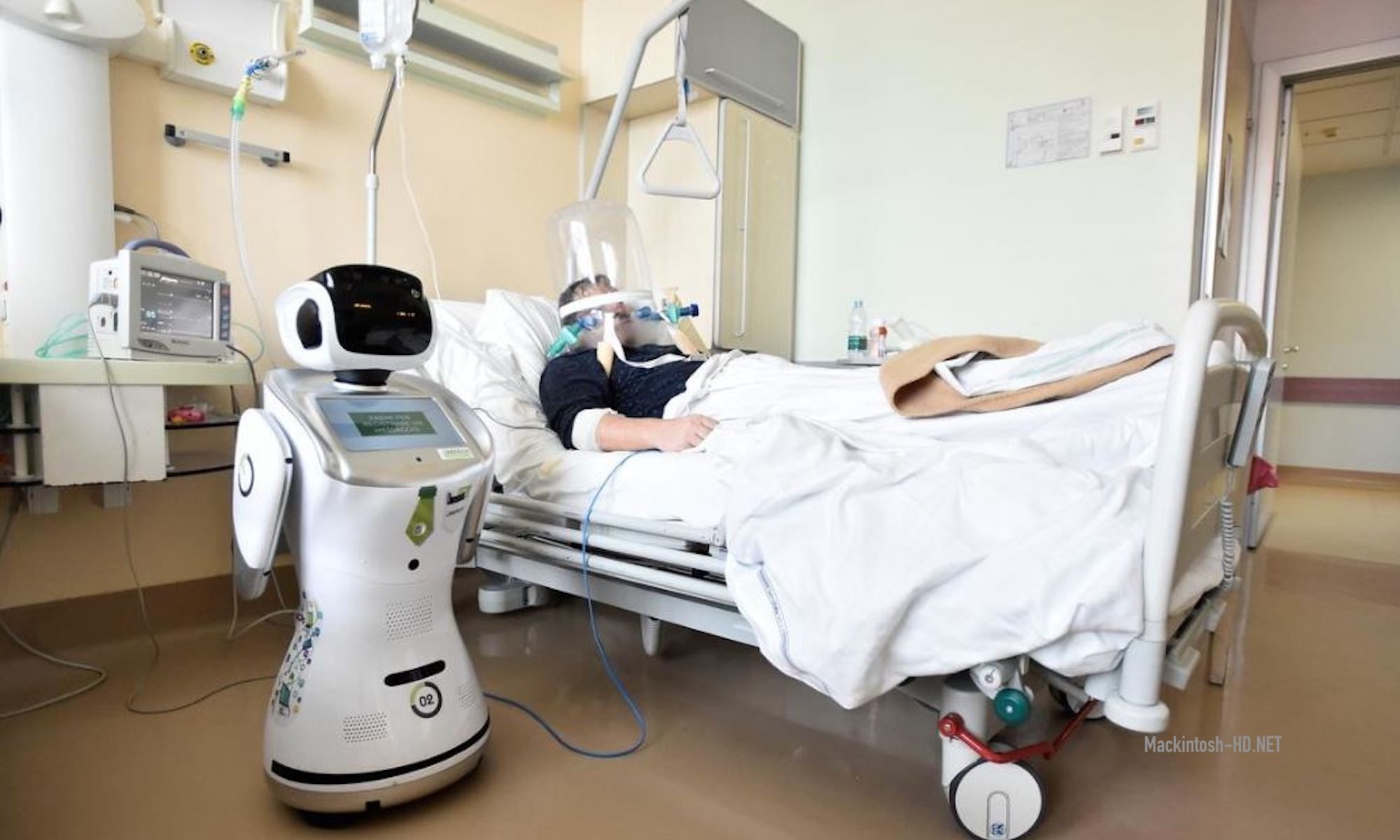 The source described robots used in a hospital in Varese, a city in northern Lombardy, a region of Italy that was severely affected by coronavirus. Doctors use six identical robots, one of which is shown in the photograph.

“It’s like having a nurse who can’t get infected,” Dr. Francesco Dentali, head of the intensive care unit, describes the robot.

A baby-sized robot is next to a patient while doctors are busy with more serious cases. He monitors the condition of the patient, receiving testimony of equipment in the ward and passing them to hospital staff. The patient can use the touch screen of the robot to write messages to doctors. Allegedly, the biggest gain from using the robot is that it allows you to limit the number of direct contacts between doctors and nurses with patients, reducing the risk of infection. In addition, it is possible to reduce the consumption of protective masks and gowns. And the robot does not get tired and can be constantly on the post, interrupted only by charging the batteries. Why do not use mobile devices or computers to perform the same functions – the source does not report.

According to the source, more than 4,000 Italian health workers became infected during the treatment of patients with COVID-19 and 66 of them died. The total number of coronavirus victims in Italy has already exceeded 13,000.