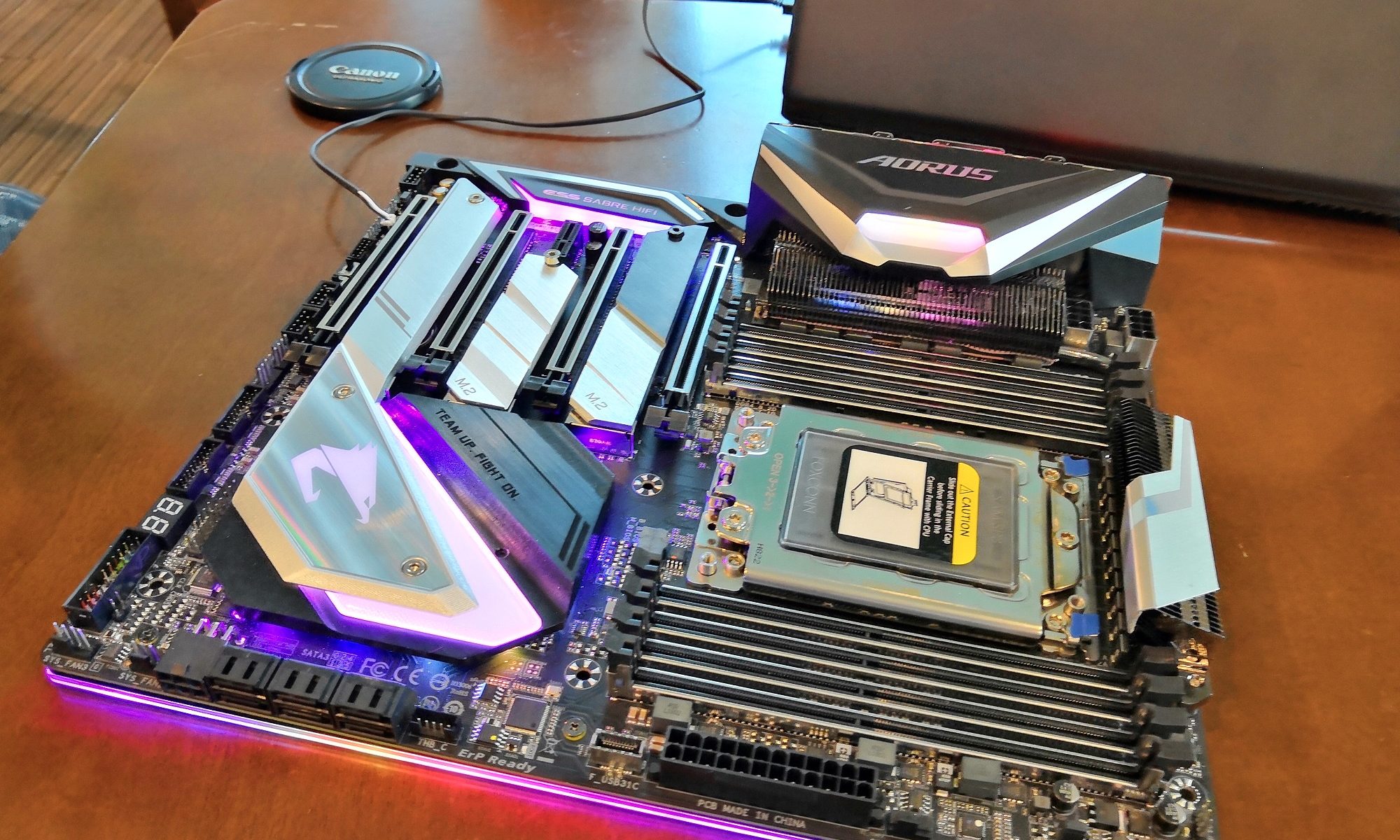 Also today should show Ryzen Threadripper 3990X, which, presumably, will receive 64 cores, but you can buy it only in January.

Earlier on the Web, rumors appeared that the upcoming CPUs would require a new socket, although this was strange, because the new Epyc, which will be analogous to Ryzen Threadripper 3000, retained compatibility with the old platform.

And now we have indirect confirmation that the socket will indeed be new.

As you can see, the Gigabyte Aorus TRX40 Xtreme motherboard box contains both the TRX40 chipset and the sTRX4 socket. And the first two generations of Threadripper use sTR4 socket. And it is unlikely that sTR4 and sTRX4 are the same socket.

Of course, you should still wait for the announcement, but so far everything indicates that the processor socket will really change.