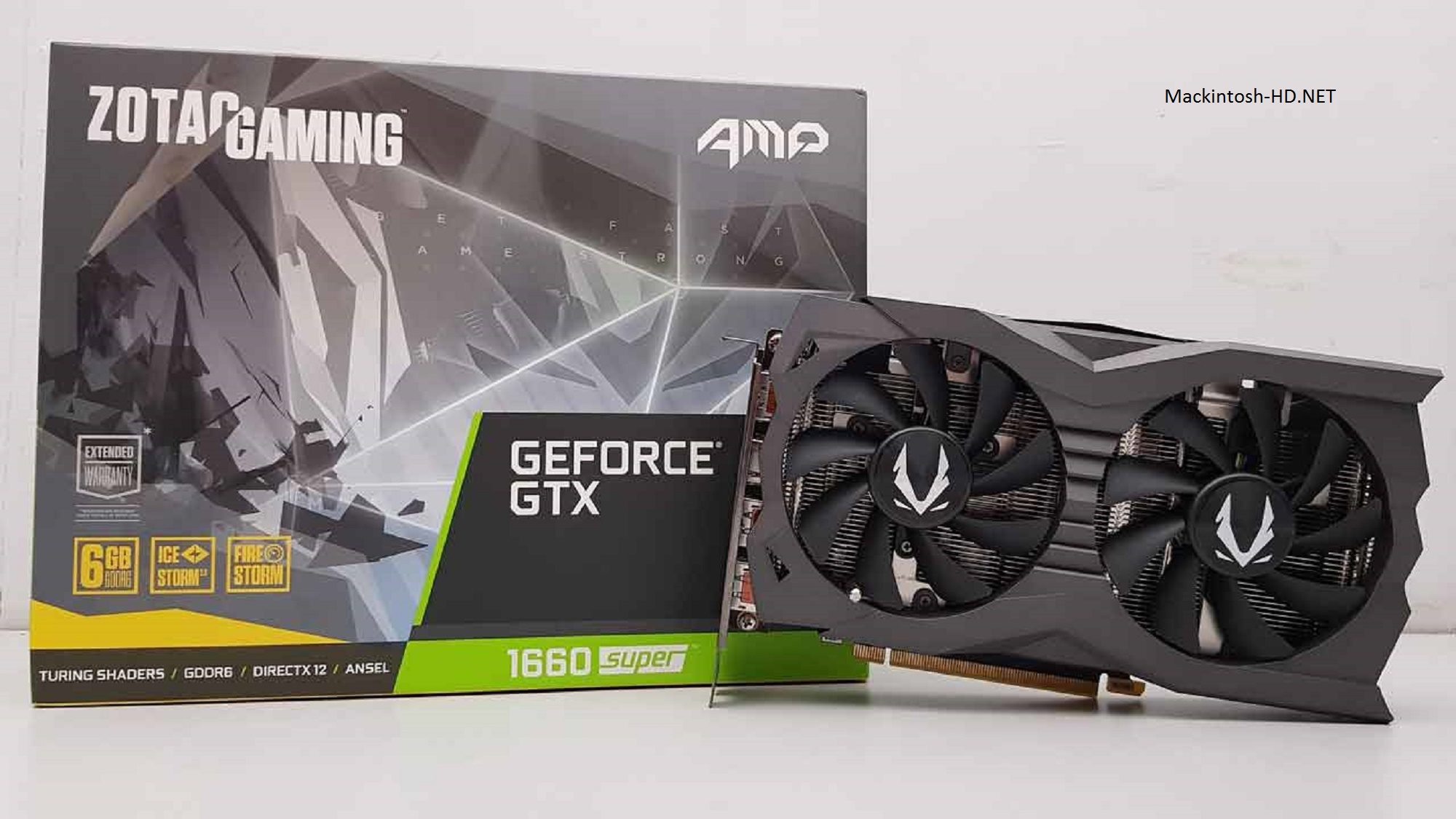 Zotac has announced the expansion of its GeForce GTX family of graphics cards through its Gaming GeForce GTX Super series. All models in this series are equipped with GDDR6 memory. Another common feature is the small length, thanks to which the cards fit in the chassis of even small-sized PCs. In the words of the manufacturer, “in 99% of systems.”

The Zotac GeForce GTX 1660 Super AMP GPU is factory-overclocked to 1845 MHz. This card is equipped with an IceStorm 2.0 cooling system with heat pipes, an aluminum radiator and two 90 mm fans. Power consumption is declared equal to 125 watts. For additional power, there is one eight-pin connector. On the dual mounting rail, you can find three DisplayPort 1.4 connectors and one HDMI 2.0b. The dimensions of the card are 209.6 x 119.3 x 41 mm.

The Zotac GeForce GTX 1660 Super Twin Fan model operates at the recommended frequencies, i.e. the increased GPU frequency is equal to 1785 MHz. She also received one eight-pin connector and a cooling system with two fans, but their sizes are 70 mm and 80 mm. In the case, the card occupies two slots, having the same set of outputs as the Gaming GeForce GTX 1660 Super AMP, but its dimensions are smaller – 173.4 x 111.15 x 35.3 mm.

The Zotac GeForce GTX 1650 Super is the smallest of the three. Its dimensions are 158.5 x 115.2 x 35.3 mm. It consumes up to 100 watts, which made it possible to dispense with a six-pin auxiliary power connector. Unlike the other two models, each with 6 GB of GDDR6 memory, this graphics card received 4 GB. In addition, the memory operates at an effective frequency of 12 GHz, not 14 GHz. However, this is enough to get a 50% performance increase over the original GTX 1650. The Zotac Gaming GeForce GTX 1650 Super cooling system includes a pair of 70mm fans. For connecting monitors there are HDMI 2.0b, DisplayPort 1.4 and DL DVI-D outputs.