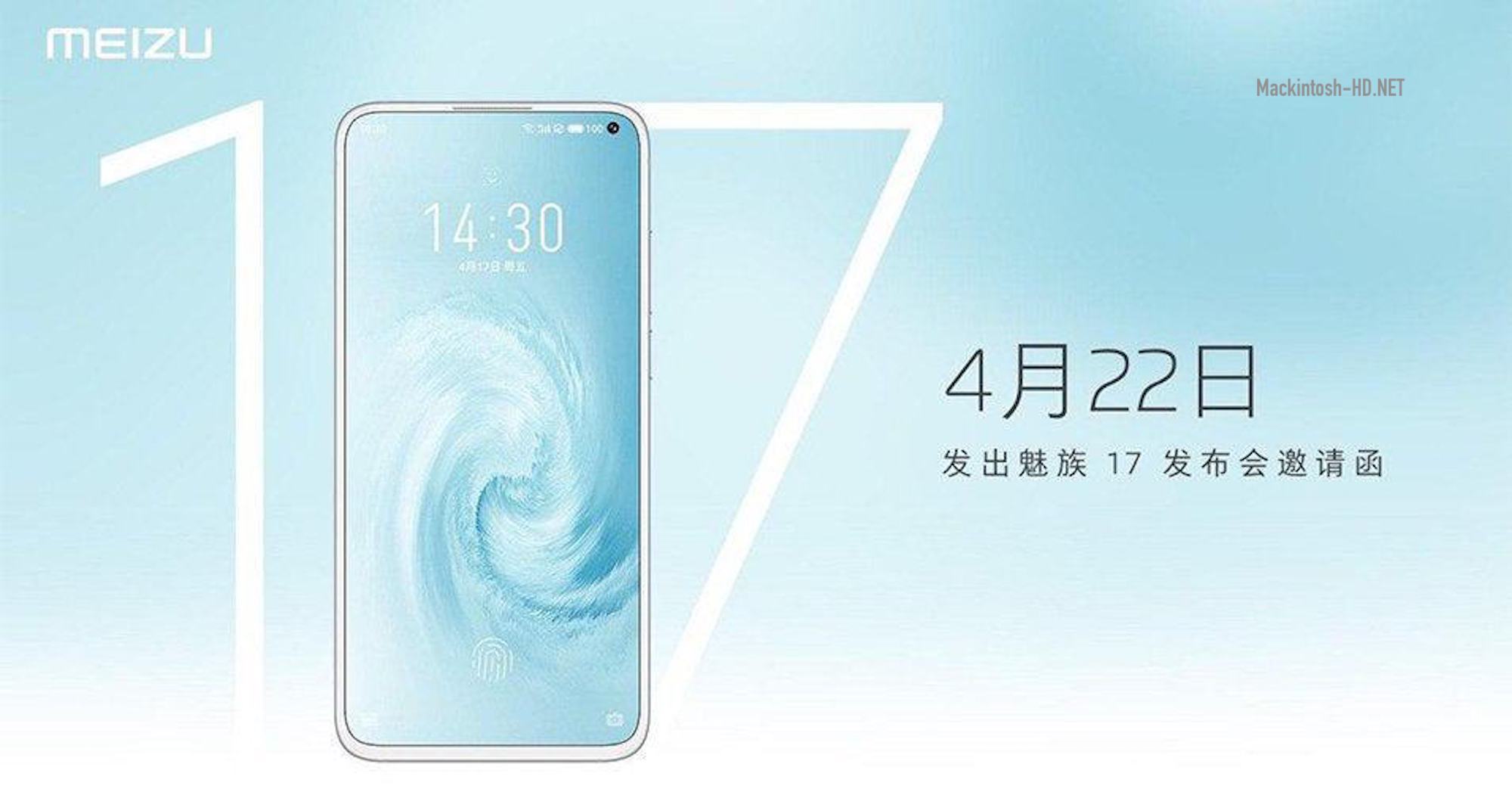 Earlier it was believed that smartphones Meizu 17 and 17 Pro will debut on April 17, that is, today. However, it turned out that the company had announced the announcement on April 22, and this is official information.

Also, the official poster allows you to evaluate the design of the front of the smartphone. As you can see, Meizu in the end still had to step back from its corporate identity and make the frames even thinner, moving the front camera to the hole in the screen. At the same time, behind the Meizu news will differ from almost all current smartphones, which cannot but rejoice

According to leaks, Meizu 17 and 17 Pro will get the SoC Snapdragon 865, support for fast charging with power of 30 and 40 W, respectively, and will cost $ 565 and 665, that is, Meizu 17 will compete with many other “inexpensive” flagships with the top Qualcomm platform, including Fresh OnePlus 8.