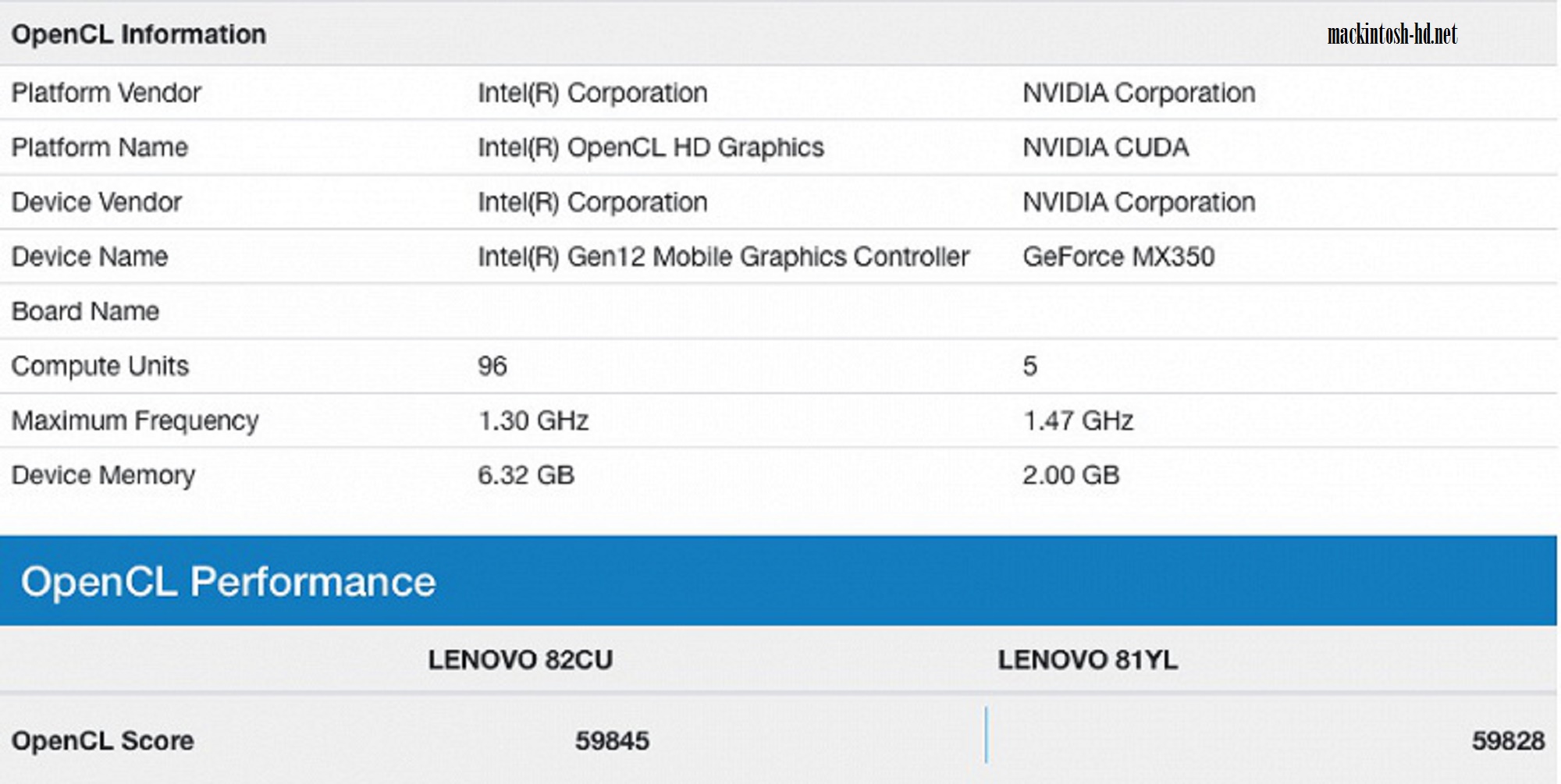 An insider hiding on Twitter under the nickname rogame managed to notice the i7-1165G7 processor test in the Geekbench 4 database, revealing the characteristics of its graphics subsystem. As it turned out, GPG received 96 execution units and 768 stream processors, and its frequency was 1.3 GHz. In principle, various leaks were attributed to the built-in Intel Xe GPU, namely, the same parameters are integrated in the Core i7-1165G7, so now, in fact, they have only been confirmed in their entirety.

At the same time, an insider compared the performance of the Core i7-1165G7 GPU and the GeForce MX350, and it turned out that the data is almost the same. Of course, on the basis of the OpenCL test alone, it is impossible to draw unambiguous conclusions, but one might think that if the integrated graphics of the Tiger Lake processors line even if they yield to the discrete GeForce MX350, then a little.