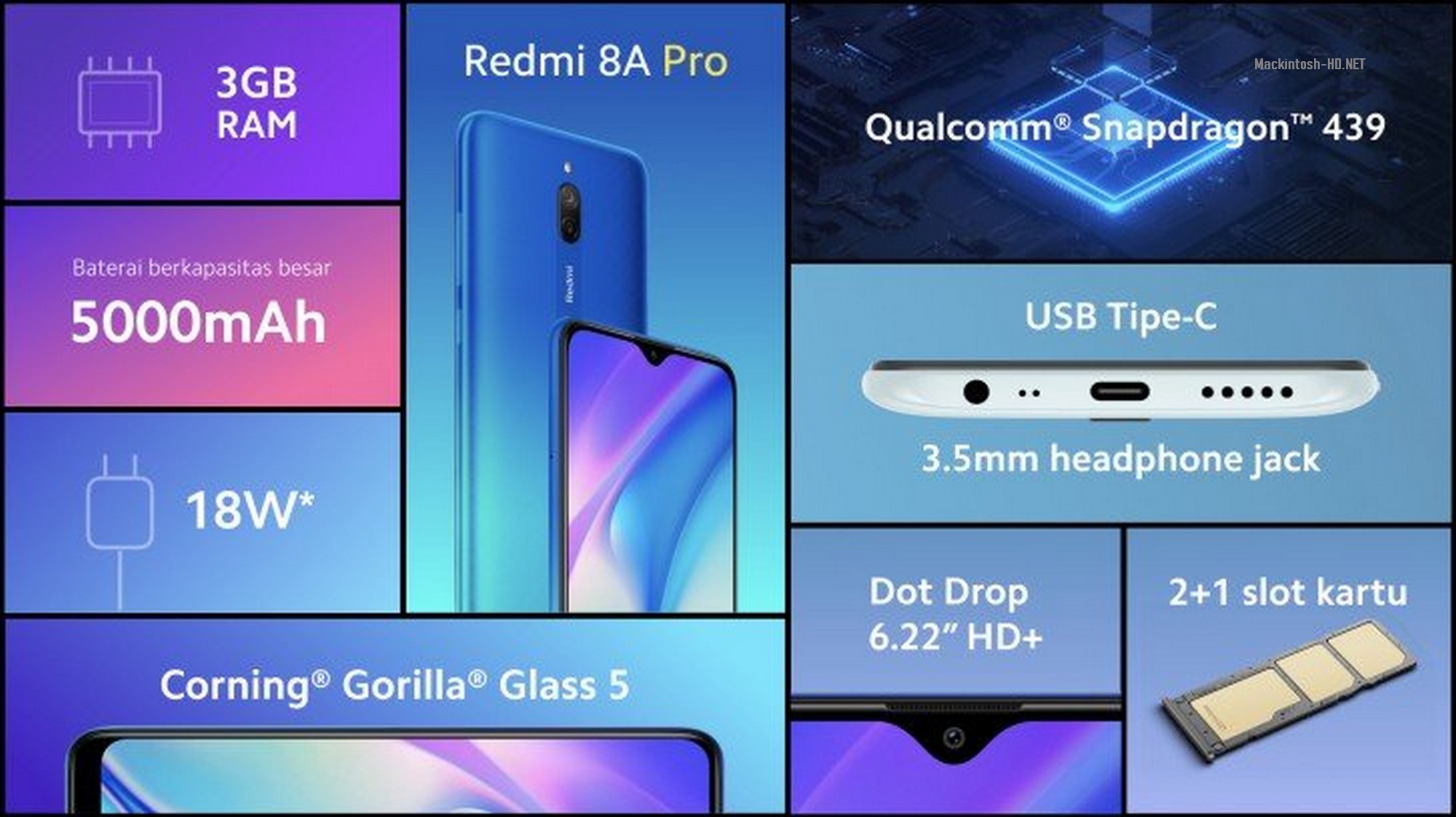 The range of Redmi smartphones has replenished with an inexpensive model Redmi 8A Pro: the novelty is presented in Indonesia. But in other markets (particularly in India), the device is already known under the designation Redmi 8A Dual.