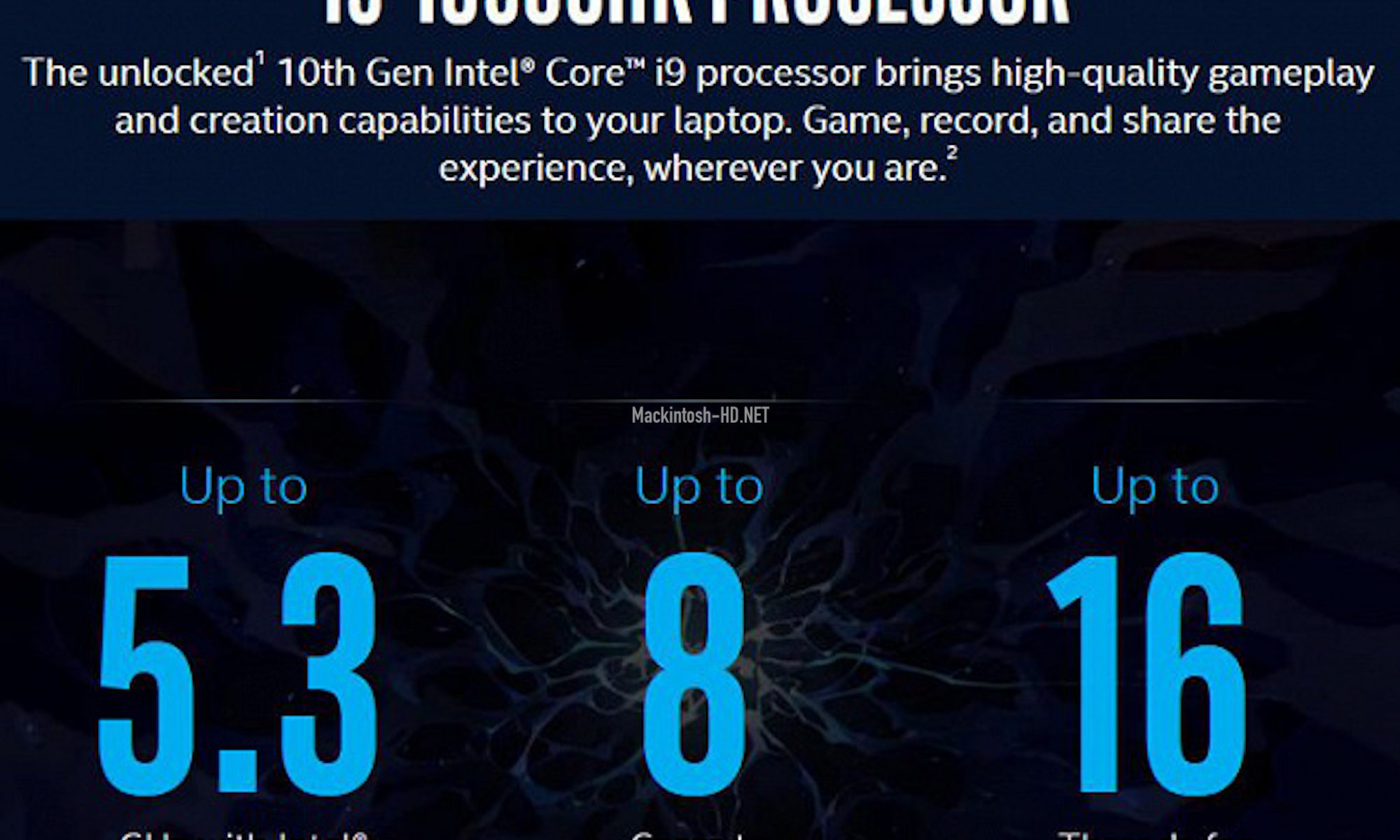 Mobile high-performance Intel Comet Lake-H processors should be presented on April 2, and the corresponding laptops will be on sale on April 15. At least, according to all the latest sources.

In general, we have repeatedly spoken about the line as a whole, and about specific models, but often these were rumors, data from some benchmarks, and so on. Now we have a clearly official advertising image that gives an idea of the top-end CPU of the new line – Core i9-10980KH.

Actually, everything, as we expected. This is an eight-core processor, of course, with support for Hyper-Threading and, most impressive, with a frequency of up to 5.3 GHz! For comparison, the current flagship Core i9-9980HK operates at a frequency of up to 5.0 GHz. Of course, this is the frequency of one core, and besides, in the Thermal Velocity Boost mode, and it’s not the fact that in a particular Core i9-10980KH laptop it will ever reach this frequency, but the declared specifications are always like that.